Black Friday is coming, and great offers from Israel mean one thing: BDS will be back. Read all about why BDS is wrong, and see how you can help fight them this Thanksgiving.

It’s that time of year again - in a week and a half, Thanksgiving will end and Black Friday will herald the beginning of the winter shopping season. Consumerism is alive and well: you’ll find enticing offers on everything from electronics and clothing to kitchenware and games.

Most of us will head to the mall (or open a browser window) and buy things that satisfy certain criteria. Do I need it? Will it make a good ? Is it pretty? Some criteria may be more specific: is it handmade? Tested on animals? Sustainably sourced?One group of people will scrutinize their potential buys closer than most. BDS supporters are vehemently against purchasing anything made in Israel.Boycott, Divestment, and Sanctions is a Palestinian-led campaign to challenge international support for Israel. It was officially launched in 2005 by more than 170 Palestinian non-governmental parties, echoing the 1945 Arab League’s economic objectives. It uses three methods:

·         Divesting funds from international banks and investors away from Israeli companies

BDS views itself as a non-violent civil resistance platform, focusing on the use of economic sanctioning to levy real-world consequence on what they view as the Israeli occupation and colonialization of Palestine. According to BDS’s website, the US Supreme Court protects boycott for political, social, and economic change as a First Amendment right (although at the time of writing, 24 US states have condemned BDS or enacted anti-BDS legislation).Even from a purely objective standpoint, analysis of the BDS campaign presents several ethical dilemmas and a startling hypocrisy. BDS says that it is a non-violent form of protest, and highlights and condemns what it imagines to be Israeli brutality as a reason for the campaign. One would expect a self-described non-violent organization to condemn violence in all forms: BDS not only passed over the opportunity to condemn Palestinian terror but actively encouraged a “wave of support for the Palestinian Popular Resistance”.BDS compares Israel’s so-called “regime” to white-minority rule in South Africa and has subsequently modeled its resistance methods on the anti-apartheid movement there. This argument completely ignores a glaring truism: Israel is the only democracy in the Middle East, a fact that is utterly at odds with the reality of true apartheid. The Israeli Declaration of Independence stated that the newly-formed State would ensure total equality of social and political rights to all inhabitants, regardless of their religion, ethnicity or gender. There may be discrimination, and this is unacceptable. However, comparing the Israel-Arab conflict to apartheid overlooks that Israel is a global leader in human rights and has one of the world’s best records in women’s, LGBT+, social, and environmental rights. Israeli Arabs are accorded the same academic and political rights as other Israeli citizens and are represented in parliament (even when they are vociferously against Israel’s position as a Jewish state: famously, Haneen Zoabi, who also describes IDF soldiers as “murderers” who are a “real danger” in comparison to Iran’s nuclear arsenal).BDS ignores facts to argue that BDS is not detrimental to Palestinians because “any oppressed community as the right to decide what tactics to employ to resist oppression”. BDS-led boycotts of Israeli companies hurt the wrong people. To state the obvious: when companies such as SodaStream move operations out of the West Bank and away from Palestinian workers on the back of BDS pressure, the company isn’t hurt, but the workers are. Additionally, an absolute boycott of Israeli institutions impacts people who want to affect change for both the Palestinians and the world, including left-wing artists and activists, the high-tech and medical industries, and patients who are reliant on Israeli pharmaceuticals. BDS’s leader Omar Barghouti has stated his opposition to the existence of a State of Israel and a Jewish state within any borders - but he insists on the Palestinian’s right to self-determination on the same piece of land. The hypocrisy is obvious: self-determination cannot exist for just one group of people – especially when the leaders of the said group have routinely rejected or ignored offers of statehood.Additionally, the pressure put on governments and leading bodies such as the UN to condemn and sanction Israel creates a disproportionate and inflammatory response to Israel’s actions. It also deflects international attention from countries where violations of human rights are commonplace and go unpunished (the irony of Qatar and Saudi Arabia sitting on the UNHRC does not go unnoticed). Finally, the BDS movement claims that it is not anti-semitic, and in fact “opposes as a matter of form all forms of racism, including Islamophobia and anti-semitism”. This poses a two-fold problem: when international sanctions are applied only to Israel – the declared State for Jews – anti-semitism as opposed to an anti-Israel stance must be considered. Also, even if BDS is not innately anti-semitic, the rise of BDS in communities and especially on university campuses has led to Jews feeling unsafe or even being harassed. As an institution, BDS may not be intrinsically anti-semitic, but the question remains over whether it should bear responsibility for actions done in its name. 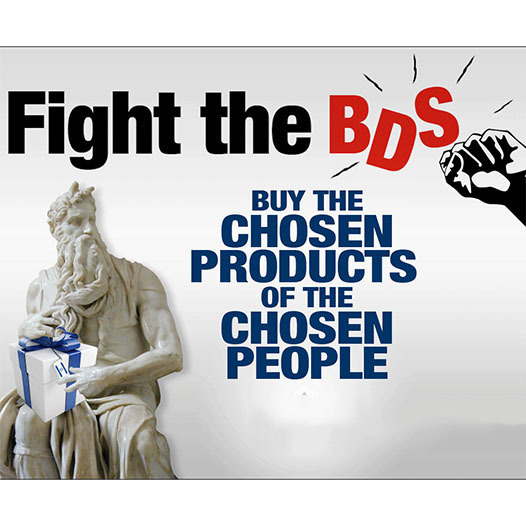 Chances are that if you support Israel and her right to exist, you are against BDS. A virulent campaign cannot be fought by thought alone: if BDS is active in its persecution of Israel, we must be active in our counter-attacks against it.There are several ways that you can support Israel. Educate yourself as to the facts about Israel and the ongoing conflict surrounding the country. Read real news and keep up-to-date with what’s going on in Israel. Get involved in local politics – your vote has the power to affect great change when anti-Israel or anti-BDS legislation is on the ballot. If you’re planning a family trip, consider Israel as your destination – tourism helps Israel’s economy thrive, which is crucial when BDS’s goal is to disrupt the country’s economic stability in a bid to make it cave to their demands.And finally? This Black Friday, . Whether you’re hunting for great deals or looking for Hanukkah gifts, there’s nothing better than ending Thanksgiving with an all-Israeli shopping spree. After all, we have Israel – and that’s worth giving thanks for.