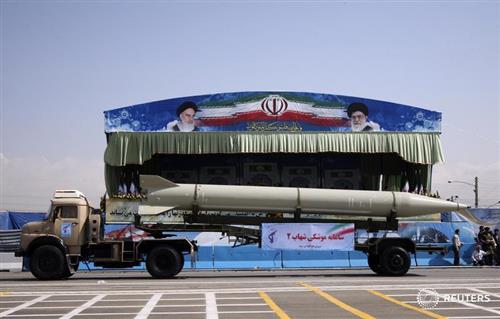 Fareed Zakaria usually cuts to the bone of an issue but missed with “Obama’s critics are the real gamblers on Iran.” Negotiations leave us worse than before, we either find Iranian clandestine programs fast enough to end the agreement or find Iran is honest but the latter is unlikely. Iran needs to fit a nuclear warhead into a future Shahab 5 rocket, the purpose of the Iranian space program is to develop such rocketry.  The time to build a bomb may be small but the time to miniaturize it and stick into a missile means we may be delaying Iran less than is advertised. Trading a brittle, Isolated Iran for a potent state with a population even more likely to equate terrorism with patriotism solves nothing.
When Fareed suggests Congress killing the agreement means sanctions fail is correct but he fails to point out the eddy US Foreign Policy is in as a result. With no definitive US direction against Iranian terror betrays allies and leaves the US ability to oppose Iran more fragile. Tehran is freer to project power in the Middle East. The Oval Office and the Congress must sideline Iran by making an actual success rather than a political success of this agreement. An aggressive containment strategy that removes Iran from the Arab Nations as its goal will improve the Middle East.  Allow the formation of Kurdistan on Iraqi, Iranian and Syrian lands but not Turkish in exchange for Ankara’s support which is better than Turkey bombing the positions of the Kurdish militias most effective against ISIS. Kurds would become a buffer against Tehran, an ally against ISIS while our friends are supporting the US. An Iran which cannot expand but is rich might choose to grow a middle class in peace. If the treaty is violated, the US should target all nuclear sites, Iranian missile production and stockpiles of rockets and missiles: leaving Iran worse off than prior to negotiating the treaty. Missing vision from the President means not passing the agreement would lead to an eventual all-out war in the Middle East and passing would likely mean an all-out war in the Middle East further down the road.  We need more vision from the President.