This Week in Israeli History: SS Exodus, Operation Boxer and the Bombing of the King David Hotel

By EYTAN MEIR
JULY 20, 2015 17:44
Advertisement
SS Exodus
The SS Exodus was a ship that transported over 4,500 Jewish refugees from France to Mandatory Palestine. The ship set sail in July 1947 and was immediately tracked by the British who were imposing a strict anti-Jewish immigration policy in Mandatory Palestine.
On July 18, the British forcibly boarded the ship and met struggling refugees who refused to leave the ship. A struggle ensued and two passengers and one crew member were killed, and another 30 injured.
The British seized the ship and decided to deport the refugees back to France; however, the Jews refused to disembark and declared a hunger strike. Eventually the British decided to deport the Jews to Germany, where they were forcibly taken off the ship and placed in DP camps. The camps were reported to have subhuman conditions, which invoked international outcry.
Due to the vast coverage that this episode received, the Exodus became a symbol of the Aliyah Bet – the “illegal” Jewish immigration to the Land of Israel.
Leon Uris’ famed novel, Exodus, told the tale of the SS Exodus. 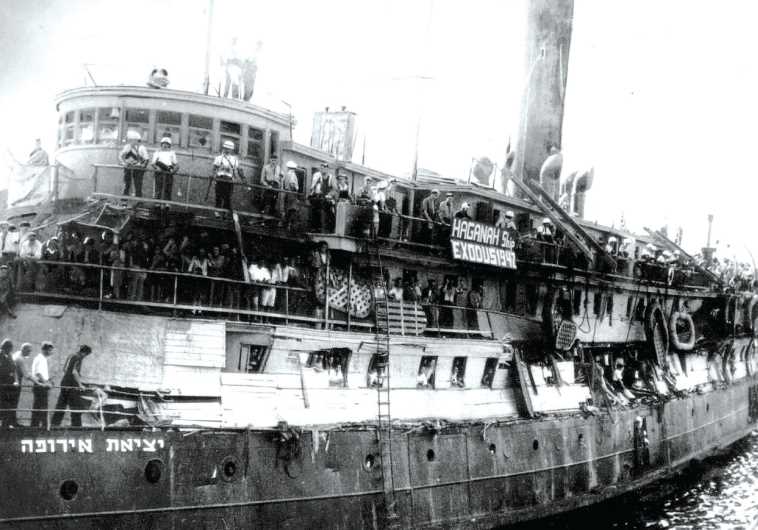 Operation Boxer
Operation Boxer was the first major military offensive launched by the IDF after the Six Day War.
Following Israel’s victory during the war, Egypt began shelling IDF bases along the Suez Canal in what escalated into the War of Attrition.
On July 19, 1969, Israeli commandos conducted a military raid on Green Island, a British-built fortress and one of Egypt’s most fortified garrisons. During the raid, Israeli commandos eliminated 80 Egyptian soldiers and knocked out the region’s anti-aircraft missiles and early-warning radar system. Six IDF soldiers were killed and eleven wounded during the attack.
On the following day, the IDF commenced Operation Boxer and launched aerial assaults on an array of Egyptian military installations along the Suez Canal. On the first day alone, over 150 sorties had dropped 200 tons of explosives. Over the next week the IAF tallied eight downed Egyptian air-crafts and took out 300 Egyptians soldiers.
Two IAF planes were downed, but the pilots managed to eject and escape. Hailed as a great success, the operation inflicted significant damage on the Egyptian military and significantly raised the morale of the Israeli public.
Bombing of the King David Hotel
In response to Operation Agatha, a British-conducted military operation in which 3,000 Jews were arrested, the Jewish Resistance Movement decided to retaliate.
The head of the Irgun, Menachem Begin, received a letter from the Haganah General Headquarters giving them the green light to carry out the bombing of the King David Hotel. On Monday morning, July 22, 1946, Irgun members smuggled over 750 pounds of concealed explosives into the basement of the southern wing of the hotel, which served as the headquarters of the British forces and government.
Disguised as hotel employees, the Irgun members entered and lit the fuse set to go off in 30 minutes. Immediately after, three calls were placed - to the Palestine Post, to the French Consulate next door, and the hotel, warning them of the bomb and urging them to evacuate.
Despite the warnings, the British did not evacuate the hotel: “I am here to give orders to the Jews, not to take orders from them,” was the alleged response of the Chief British Secretary to the police. At 12:37, the explosion rocked the hotel and caused half of the southern wing to collapse, resulting in 91 deaths, including British, Arabs, and Jews.
Despite ordering the attack, the Haganah publicly condemned the bombing and disbanded the Jewish Resistance Movement. The Irgun released a statement that mourned the loss of innocent life, but blamed the British for refusing to evacuate and even preventing people from leaving the hotel. 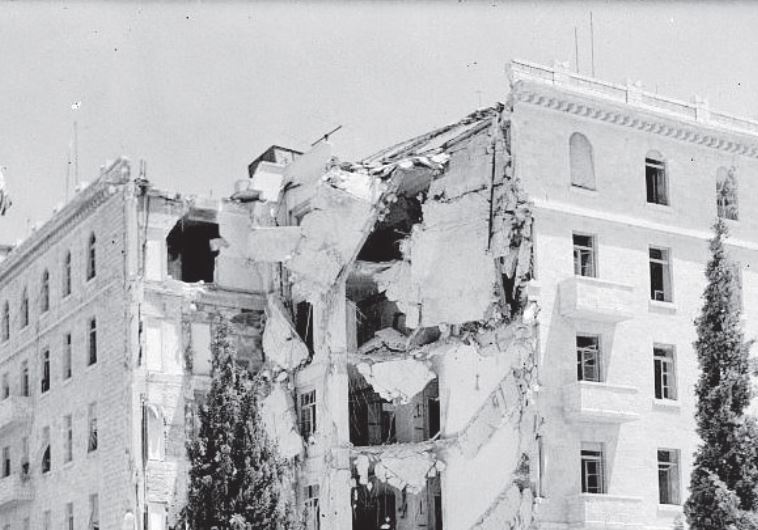