Serbian President Aleksandar Vucic, Ukrainian President Petro Poroshenko, and Turkish Cypriot President Mustafa Akıncı attended the ceremony to open the project, which will play a key role in maintaining the energy security of Europe. The opening ceremony also hosted state heads, ministers, executives of energy companies and senior bureaucrats from shareholder countries.
With the Trans-Anatolian Natural Gas Pipeline Project (TANAP), Turkey and Azerbaijan are extending the success of their previous projects in the energy sector. Building the bonds of brotherhood in the modern world with the promise of "One nation, two states", and bonding the countries together with a mission of great importance, the huge TANAP Project will establish a voice in the world energy markets. Aimed to meet Europe's and Turkey's natural gas needs, as well offering diversity in gas products. Previous investments signed by the two brotherly countries in the energy field include the Baku-Tbilisi-Ceyhan Oil Pipeline and the Baku-Tbilisi-Erzurum Natural Gas Pipeline Project will accelerate strategic business units, while the TANAP project will continue to expand.

“This project is a product of a close friendship between Turkey and Azerbaijan. Transit countries have also played a key role. With this project, gas from Azerbaijan will be carried to Europe for the first time,” said President Erdoğan, adding that close cooperation between Turkey, Azerbaijan and Georgia have brought the Baku-Tbilisi-Ceyhan Oil Pipeline in the past.
"TANAP is a historic project. Today we are writing the energy history of the 21st century together. This is a history of cooperation, a history of stability. Our energy projects bring stability to the region. All countries and companies participating in these projects are benefiting from them. People benefit from them. The implementation of such a giant project as TANAP has been possible thanks to the firm political will of the leaders of Turkey and Azerbaijan.

This is not our first joint project. Prior to this, in 2006, we celebrated the opening of the Baku-Tbilisi-Ceyhan oil pipeline. In 2007, we they opened the Baku-Tbilisi-Erzurum gas pipeline together. Last year, we opened the Baku-Tbilisi-Kars railway together. This shows that any project put forward on our initiative is executed because it is underpinned by our thoughtful policy, firm will and brotherhood" – stated President of Azerbaijan Ilham Aliyev.
TANAP is not only important for maintaining energy security, but also for improving welfare in the countries it, the pipeline runs through. The project would make a great contribution to peace and stability in the region, thanking to the United States and the European Union for their support to the project. TANAP is the central and longest section of the Southern Gas Corridor (SGC). The main aim of the SGC is to connect the giant Shah Deniz gas field in Azerbaijan to Europe through the South Caucasus Pipeline (SCP), TANAP, and the Trans Adriatic Pipeline (TAP). The SCP runs from Azerbaijan to Turkey through Georgia and the TAP starts in Greece and runs to Italy through Albania and the Adriatic Sea.

TANAP, with around $8.5 billion of investment, will deliver 6 billion cubic meters (bcm) of Azeri gas to Turkey and 10 billion cubic meters to Europe per year. The European part of the project is expected to become operational in 2020.
Currently, TANAP has four partners. The Southern Gas Corridor (SGC) holds a 58 percent stake in TANAP, while Turkey’s Petroleum Pipeline Corporation (BOTAŞ) and BP own 30 percent and 12 percent, respectively. Seven percent of SGC’s stake has been recently transferred to the Turkish subsidiary of the State Oil Company of the Azerbaijan Republic (SOCAR).

The implementation of this program is part of the EU policy to increase energy security and reduce dependence on the products of Gazprom, and the project itself is a splinter from the more ambitious Nabucco gas pipeline project. Once TANAP is connected to the currently under construction 878-km Trans Adriatic Pipeline (TAP)—to run from Greece to Albania and then onwards to Italy via an undersea route—the trio of pipelines will make up the TurkStream pipeline forks of which will by late 2019 send gas to Turkey and Bulgaria via Black Sea routes, according to plans. The aim is to further distribute TurkStream gas that arrives in the Bulgarian gas hub in Varna to Southern and Central European markets.
There is no other country in our region, except Azerbaijan, which would act as the initiator or creator of advanced bilateral formats of cooperation, and Azerbaijan has paved the way for trilateral and even four-sided formats in the region based on bilateral cooperation. Azerbaijan is located in a very advantageous, but geopolitically complex and volatile region. Azerbaijan built and developed constructive and trustful relations with foreign countries. Today Azerbaijan occupies an important place on the international arena, and continues to maintain and strengthen its geopolitical position in the South Caucasus. It is no coincidence that Azerbaijan accounts for the 80 per cent of the South Caucasus region’s gross domestic product. The balanced, pragmatic and multi-vector foreign policy of Azerbaijan shows that the country managed to convey its position to the international community. Azerbaijan is the largest and most developed state of the South Caucasus by both its territory, number of population and the economy.
The initial throughput capacity of the TANAP gas pipeline will be 16 billion cubic meters per year. About six billion cubic meters will be supplied to Turkey, and the rest to Europe. It is clear that this is good news for Azerbaijan, where, following the era of "big oil", the epoch of "big gas" begins, which promises both investments and political interest, and the influx of "gas dollars", well, or "gazoevro", these are details.

Today, in the best sense of the word, this ambitious project is becoming a reality. Moreover, in Baku they receive well-deserved congratulations. The Trans-Anatolian gas pipeline (TANAP) will contribute to the energy security of Europe and Turkey, Deputy Assistant Secretary of State Sandra Oudkirk told reporters in Ankara. "The US has not invested in TANAP and will not get commercial benefits from the project, but Washington supports the project because it promotes diversification of energy supplies and energy security," Oudkirk said, cited by the agency Anadolu.
In addition, for the same reasons, it is not just bad news, but terrible news for Armenia, where we were once again convinced that we missed our chance to integrate into a new regional super project - this time gas. Simply because the economic and geo-economic weather in the region is no longer determined by Armenia, but by Azerbaijan. Moreover, in Azerbaijan they directly declare that they will keep Armenia isolated as long as it continues to occupy Nagorno-Karabakh and seven adjacent regions of Azerbaijan, conducted notorious ethnic cleansing against more than one million Azerbaijanis in the seized lands and committed serious war crimes and crimes against humanity in Azerbaijani Khojaly city on February 26, 1992. 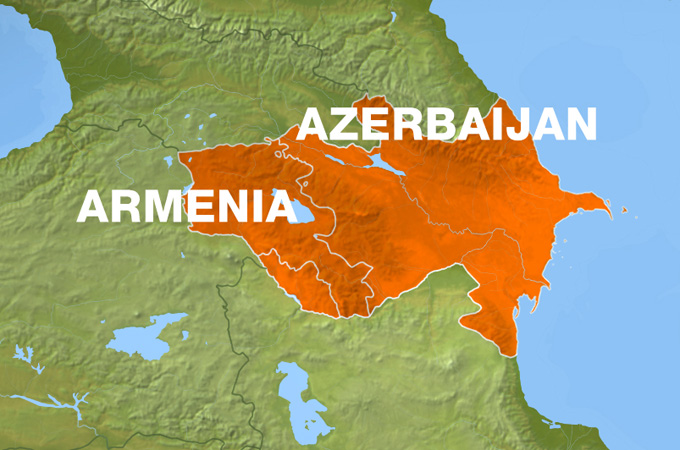 In 1993, the UN Security Council adopted resolutions 822 (1993), 853 (1993), 874 (1993) and 884 (1993), condemning the occupation of the territories of Azerbaijan and reaffirming respect for the sovereignty and territorial integrity of Azerbaijan and the inviolability of its internationally recognized borders. In those resolutions, the Security Council also confirmed that the Nagorno-Karabakh region is part of Azerbaijan, and demanded immediate, complete and unconditional withdrawal of the occupying forces from all the occupied territories of Azerbaijan. Other international organizations have adopted a similar position. The international community supports and respects in an unequivocal and principled manner the territorial integrity and sovereignty of Azerbaijan.
Arye Gut
Political Analyst
Advertisement
Subscribe for our daily newsletter