After Us, the Deluge?

By ROOTING FOR A GREEN ISRAEL
MARCH 23, 2016 11:10
Advertisement
Some people would say that it’s enough for us to care about the generation after us, but a group of scientists say that science must present the decision makers with complete a picture as possible regarding the effects of the climate crisis on the Earth thousands of years forward. Now is the time to act in order to ensure the quality of life for the tens and hundreds of generations that will be living here after us.By Dr. Eitan Israeli 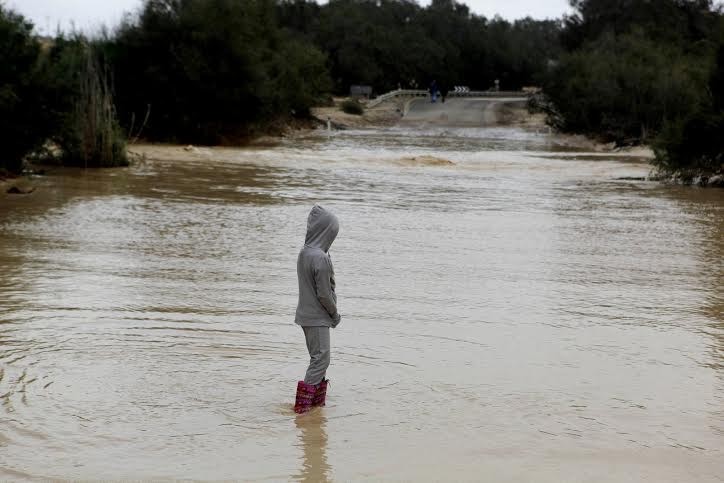 Flash flood in Nahal Besor TzelimThe discussion about the implications of global warming due to human activity is mostly limited to a period of two hundred and fifty years, from the beginning of the industrial era to the end of the present century (2100). In an article published in Nature Climate Change journal, a lineup of scientists claim that this limited range is problematic and that we have to extend the time-frame of the discussion twenty thousand years back, from the end of the last ice age, throughout the development of human civilization and ten thousand years ahead.Why so many years ahead? Because, according to their claim, the policies and actions of humankind relating to the climate crisis within the next decades will have long term and irreversible effects on the climate of the Earth for thousands of years, on its ecosystem and, consequently, on human society (at least according to present technology and science as we understand it today). For the last twenty thousand years, the Earth’s climate has been relatively stable, and this has affected the development of human civilization favorably. These days, however, human activity is threatening the stability of the climate for the next ten thousand years.Take, for example, the rising sea level. When we talk about the 21st century, the models indicate a rise of tens of centimeters to one meter. This isn’t a little, but it is still a very limited rise in elevation. However, according to the claims of the scientists, policies for dealing with climate change in the coming years will determine whether iceberg meltdowns (mainly in Antarctica) will result in a dozens of meters-rise in sea  level within the next one thousand years already or “only” a few meters. Apparently, we already can’t talk about less.Science, as they write, cannot make decisions about questions of inter-generational justice or other ethical issues, but it can, and, according to their claim, must, present the decision makers with as complete a picture as possible of its projected implications for the Earth as a result of decisions that will be made. They say that scientific models culminating eighty-five years from now, until the end of the century, give only a partial picture, which understates the problem and allows the decision makers to avoid the important ethical discussion about long term projections.According to their evaluation, if we want to consider the long term effects, we must understand that it’s not enough to reduce greenhouse gas emissions; we must convert to a global energy system that does not produce greenhouse gases at all. It’s a big challenge, which they are calling the fourth industrial revolution -the first was the machine revolution, the second was the electricity revolution, the third was the computer revolution, and the fourth, which is so urgent, is the conversion to an energy economy that is not based on carbon. The good news, as they write, is that every one of the earlier revolutions created a great number of jobs, abundance and a better standard of living, and, as they are claiming, this is also possible for the fourth revolution.What do you think? Usually, every generation cares for the generation after it - parents for children, children for grandchildren and so forth - and it has no need or ability to think about tens and hundreds of generations ahead and worry about them. However, if the actions we take today can badly influence so many generations after us, maybe it’s time for us to behave differently and with extra caution. The optimists will claim that the future generations will succeed in repairing what we might be ruining today, but others will not pass on the responsibility. The question we have to ask ourselves is why not change our path while it is still possible and keep our only Earth whole and healthy, at least until we pass the responsibility of taking care of the planet on to the next generation.Eitan Israeli is a doctor of Operation Research and a retired colonel, a graduate of the program for environmental social leadership at the Heschel Center for Sustainability and the editor of Globeblog, the 'thinking globally, acting locally' blog published on KKL-JNF’s e-yarok website.