Holy Hebrew Arithmetic: What Age was Jesus when he became Teacher-Priest?

By DAVID PRICE
FEBRUARY 12, 2018 15:37
Advertisement
The gospel of Luke chapter 3 describes the baptism of Jesus by John the Baptist. John, six months older than Jesus, was then imprisoned and executed by Herod. John was an Aaronic priest through his mother Elizabeth. His father, Zacharias, was also a priest but not of such a highly esteemed family.
Luke then puts the spotlight on Jesus. He was a son of Mariam who like her cousin Elizabeth, Lk 1:5, was also of 'the daughters of Aaron'. They could trace their family back to Elisheba, wife of Aaron, and Miriam sister of Aaron and Moses. Luke then gives the priestly lineage of Jesus from Joseph to Adam. 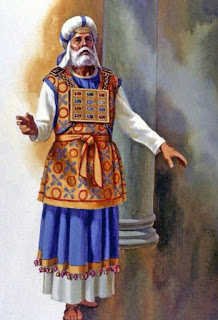 The Bible says that a priest had to be 30 years old before he took up the mature, senior office of priest, Num 4:3. "From thirty years old and above, even to fifty years old..." (Some other junior posts could start when men reached twenty.)"Jesus himself began to be about thirty years of age," says Luke in 3:21.But if Jesus was born in the autumn of 3 BCE and died at Passover 30 CE after 3 1/2 years mission, how could he be 30 when he started the mission? That would mean he started his mission in the autumn of 26 CE. Are there 30 years between 3BCE and 26CE?
That depends how you count them and Luke is very clear. The King James Version (KJV) says he began to be 'about' 30. The Greek however does not use the normal word 'peri' for 'about'. It uses another word for 'about' which invokes a comparison, oosei.
Why? Clearly it is drawing a distinction between the Greek or Roman calculation or arithmetic and the Hebrew.
Luke is after all writing to the Most Excellent Theophilus, chapter 1:3. This son of high priest Annas of the gospels, Theophilus, was put in office as the high priest in 37 CE by Vitellius who replaced Pontius Pilate. He was thus ethnarch or political leader of the nation. As such he was addressed with the respectful title of Most Excellent or Most Noble, kratiste.
He  was educated. He knew how to count in Greek and also in the Hebrew Torah!
Following the death of Emperor Tiberius who gave 7 years of peace to Nazarenes and Jews, Gaius Caligula threatened the entire Jewish people. He commanded that his statue should be placed and worshipped in all synagogues. Massacres of Jews took place in Alexandria, Egypt under Roman governor Flaccus and elsewhere. Then Caligula announced that he would place a huge golden idol of himself as Jupiter in the Temple itself. He would move the center of the Roman empire to the Temple and install himself there after having his divine status confirmed in Egypt by its pagan priests.
The cause of Caligula's wrath against the Jews? The Resurrection of Jesus the Christ -- which Tiberius had acknowledged as a fact but which threatened the fragile myths of the Roman gods, the invention of men.
Theophilus was high priest during the whole reign of Caligula. He needed to be stalwart in character to resist wisely with the minimum of bloodshed. That depended on his knowledge and education. How was he educated? By a teaching priest. Luke says:

"Seeing that many did take in hand to set in order a narration of the matters that have been fully assured among us, as they did deliver to us who from the beginning became eye-witnesses and officers of the Word, it seemed good also to me, having followed from the first after all things exactly, to write to you in order, Most Noble Theophilus, that you may know the certainty of the things wherein you were catechised." Lk 1 Literal translation  Yes, a teacher catechised a potential high priest and one new in office to understand and fulfill all the complex rites and rituals. He was also informed about all recent political events that would effect the Jewish nation. He was the nominal head of government under the Romans. Theophilus had a very delicate task to perform.
In 37 James (Jacob) the brother of Jesus was recognised as the Superintendent (sagan or LXX episkopos, bishop) of the Temple on matters pertaining to the ordering of priests (see Acts 15 and 21:17).  Luke and the other gospels record that the resurrection of Jesus had been witnessed by all at Jerusalem. The priests in the Temple had a full view of the Ascension of Jesus forty days later from the nearby Mount of Olives.
What is a Teacher-Priest? To understand the basics we must rid ourselves of centuries of misinformation and gentile, antisemitic propaganda. Jesus is called throughout the Gospels, 'Teacher'. An unknown person, who according to the common "Christian" belief was a carpenter and who suddenly decided to become a roaming preacher, would not in first century Israel be called a Teacher. He would be called a carpenter. The Temple authorities would dismiss him as a vagabond.
On the contrary, Jesus taught priests and lawyers in the Temple, many times. Obviously he had better education about the Temple and the Law than they had. He commanded their attention by his authoritative presentations and cutting reprimands, Matt 23. He called them hypocrites and blind guides.
A Temple Teacher must not only have deep learning but also an authentic pedigree to even enter the Holy Place. Genealogies were checked at the outer gates. He could not enter to teach priests if he had not fulfilled the requirements of priest himself. He must have been legally at least 30 years old in 26/27 CE.
So let us go to the Bible rather than traditions of a sect. Teacher in Hebrew is Moreh. It is a title. We find the term Teacher-Priest or Teaching Priest in the early days of the Temple. In Hebrew it is Cohen-Moreh. In 2 Chronicles 15:3 we learn that King Asa of Judah was greatly helped when the post of Teacher-Priest was re-established. 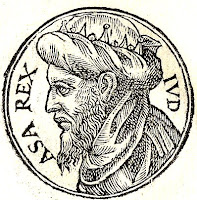 "For many days Israel was without a true God, and without a teaching priest (cohen moreh), and without law (Torah, teaching)."Asa was the son of Abijah, the son of Rehoboam, the son of Solomon, the son of king David.
He carried out a reform and purified the land of idolatry. This might seem costly in one sense as it required righteousness and energy. But the whole land was in turmoil, city against city and nations were against nations in the area. He destroyed idols. Asa's reforms were a disruption only to those who were not believers in the true God. That included some of his own family. 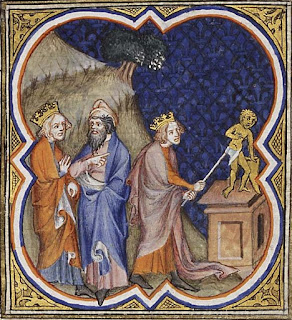