Advertisement
Lately I find myself inundated with articles about reviving peace negotiations with Israel and the Palestinians. Most are a version of the '2 State Solution'. You know, the one that wants 2 states for 2 peoples living side by side in peace? How to get to that objective has been problematic to say the least. The old Saudi 'peace plan' has resurfaced once again. And it must be good because:

a) like I just said, it's being talked about again

even he might jump on board. Let's hope not.

The plan isn't all that bad. All Israel has to do is:

a) give up more land: Judea and Samaria (West Bank), Golan Heights, East Jerusalem which has the Western Wall (no big deal, she's done that before)

c) create yet one more Muslim state loaded with terrorists, right next door

All the Palestinians have to do is: 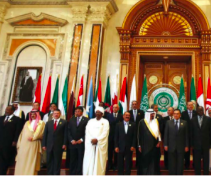 I had a nightmare where I was in the midst of a terrible disease. The worst part was when the doctors were deciding which limb to cut off of me first in order to keep me alive just a little longer. After they cut off my leg they waited another couple of weeks before they debated what next to cut off and so on. As you can see, this was quite a nightmare. Very similar to all of the crazy ideas put out by various nut cases and/or well meaning people. NONE of these plans have Israel's back.

Someone (a Jew no less) suggested that maybe the Nazi's idea of moving the Jews to Madagascar might have worked. After all, look at the problems for Jews in modern day Israel.

All these proposals (especially the 2 State idea) share one common theme: The absolute destruction of the Jewish state. It may not happen over night but sure as night follows daylight, it would happen.

Let's pray that Israelis are smarter than the rest of us and despite some of the weaker left wingers, they as a nation will not commit national suicide.

The insanity is that this discussion doesn't seem to want to stop. Can we please talk about something else? I sure hope that Israeli leaders are focusing their attention on other important matters (like a nuclear Iran). Hopefully they are only playing lip service to the Trump administration's dangerous game of 'making the deal of the century' by revamping peace negotiations with Israel and the PA.

I know that it's a no win, complete waste of time and energy and the worst part is that the world always expects that in order to achieve peace, Israel must concede more territory. I know that the Arabs just want to weaken Israel until one day they can run them over and finally destroy them.

I know that every other country has their own agenda and none of them really give a hoot if Israel exists or not. I know that giving sovereign territory to Israel's enemies will not solve the crisis in Syria or anywhere else.  I know all this and I'm just a regular dude. No brilliant geopolitician here.

Just about every world leader (not only from the main powers) have voiced their opinions as to what Israel should do about this hot potato. Even when their own countries are being challenged existentially by Islamists and other issues, they still love to focus their attention on to what concessions Israel must make in order to achieve peace with the terrorists known as the PA.

I don't know about you but I'm so sick of hearing about this. To the Saudis I'd say thanks but no thanks. With friends like you who needs enemies. To the rest (even well intentioned folks) I'd give them a big fat yawn. What else d'ya got?