Alex Jones' InfoWars files for bankruptcy in US court

Sandy Hook families in late March rejected Jones' offer to settle their defamation lawsuit and reopened the case. Jones had offered to pay $120,000 to each of the 13 plaintiffs to settle the case.

Right-wing radio talk show host Alex Jones speaks during a rally at Freedom Plaza, ahead of the U.S. Congress certification of the November 2020 election results, during protests in Washington, US, January 5, 2021
(photo credit: REUTERS/JIM URQUHART)
Advertisement

Far-right wing website InfoWars on Sunday filed for voluntary Chapter 11 bankruptcy protection in the US Bankruptcy Court for the Southern District of Texas in the face of multiple defamation lawsuits.

Alex Jones, founder of InfoWars, was found liable for damages in a trio of lawsuits last year filed after he falsely claimed that the 2012 Sandy Hook school massacre was a hoax. Read full story

Jones claimed the shooting, in which 20 children and six school employees were shot dead at the school in Newtown, Connecticut, was fabricated by gun-control advocates and mainstream media.

Sandy Hook families in late March rejected Jones' offer to settle their defamation lawsuit and reopened the case. Jones had offered to pay $120,000 to each of the 13 plaintiffs to settle the case. 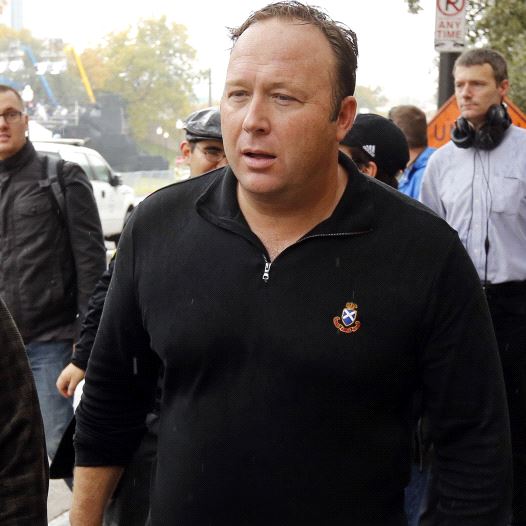 Each of the plaintiffs turned down the settlement offer in court documents, saying, "The so-called offer is a transparent and desperate attempt by Alex Jones to escape a public reckoning under oath with his deceitful, profit-driven campaign against the plaintiffs and the memory of their loved ones lost at Sandy Hook."

Jones, a vocal supporter of former US President Donald Trump, was previously subpoenaed by the House of Representatives committee probing the January 2021 attack on the US Capitol by Trump supporters.