BUS WINDOWS were shattered in a stone-throwing attack this week outside Jerusalem’s Old City. The synthesis of Muslim religious fervor with anti-Israel and antisemitic violence is sadly nothing new.
(photo credit: YONATAN SINDEL/FLASH90)
Advertisement

Shots were fired at an Israeli bus on Saturday night on Highway 60 near the village of Silwad in the West Bank. There were no casualties, but the bus was damaged. Investigators found at least eight bullet holes in the bus. Security forces are searching for suspects.

The bus drivers' union made a statement as well, saying that "public transportation in general and buses, in particular, are a symbol of government, and therefore drivers and passengers are attacked again and again. The Transportation Ministry must implement the plan made by the drivers' union to reduce violence and terrorism, quickly."

The same evening, three Palestinian suspects were taken in for questioning after security forces at a checkpoint found a Carlo-type submachine gun in their vehicle. Inspectors at the Eliyahu Crossing found the weapon on the floor of the vehicle. 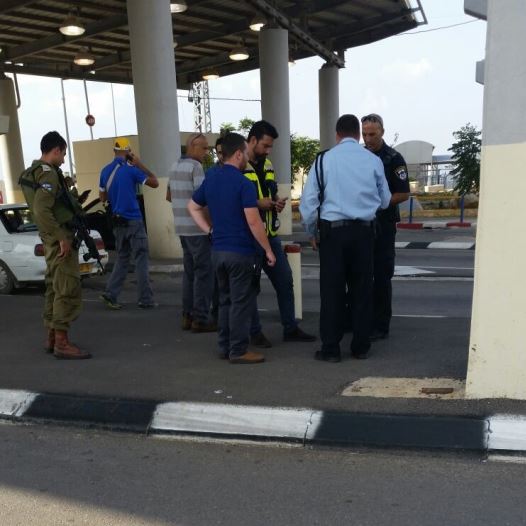 Eliyahu crossing in the West Bank, the checkpoint to which a man who was stabbed in his vehicle by a suspected terrorist fled on Sunday, November 8 (credit: MEDABRIM TIKSHORET)

Earlier this week, Israeli forces raided seven offices of Palestinian organizations in Ramallah that the government claims are linked to the Popular Front for the Liberation of Palestine. At the end of the raids, the offices were closed down.

"Civil society is a critical aspect of a democracy."

Following the raids, US State Department Spokesperson Ned Price stated that the United States had demanded Israel explain her actions. Price pointed out that Israel had promised to the United States to provide the intelligence upon which the decision to raid the offices was made.

"We are concerned about Israel's actions," Price said. "We made it clear to the Israelis and the Palestinian Authority that civil organizations should continue to be active. Civil society is a critical aspect of a democracy."