The suspected hostage taker, a 40-year-old man, died of the injuries he sustained during the police operation.

German authorities said they had ended a suspected hostage-taking in the eastern city of Dresden on Saturday by what appeared to be a psychologically confused man acting alone, after evacuating a shopping mall in the historic city center.

The suspected hostage taker, a 40-year-old man, died of the injuries he sustained during the police operation to free the two hostages, who were unharmed, the police said.

"I am outraged by the act of what appears to be a psychologically confused individual acting alone," said Armin Schuster, the interior minister of the state of Saxony, where Dresden is located.

News outlet TAG24 earlier cited police as saying that the German man was believed to have killed his 62-year-old mother in an apartment building in the Prohlis district of Dresden, southeast of the city center.

It said that police said the hostage-taking at the Altmarkt-Galerie shopping mall was related to the killing but declined to provide further details. 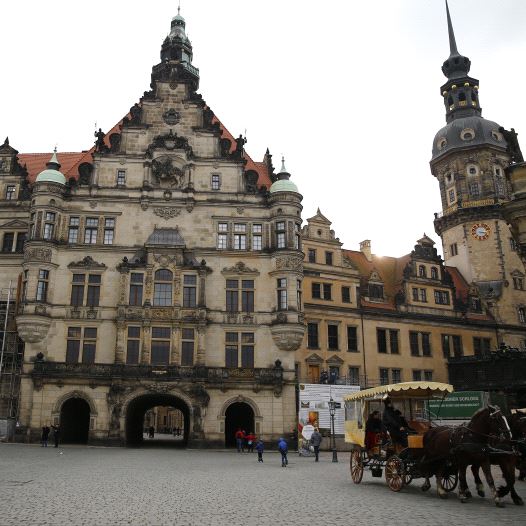 Police said it was re-opening Dresden city center although the mall would remain closed.

"All-clear! The hostage situation in #Dresden is over!" police said on Twitter.

The incident comes as security has shifted into focus in Germany, after investigators earlier this week foiled a far-right plot to overthrow the German government and install an aristocrat as the leader of a new state.