This was the first time such a malfunction occurred in an F-15 and it is still unclear what caused it.

AN ISRAELI F-15 fighter jet prepares to take off from a base in the South. F-15s are regularly used in ‘roof knocking’ operations.
(photo credit: REUTERS)
Advertisement

Israel Air Force pilots on an F-15 Ra’am jet at a Negev base on Friday morning after noticing a problem with the right wheel’s landing mechanism.

The two experienced reserve pilots, from the 69th “Hammers” squadron, were taking part in a routine training flight when they noticed that they were unable to lower the right wheel for landing.

The crew landed with only a left wheel and nose wheel, were lightly injured, and treated on-site by medical staff.

It was the first time such a malfunction occurred in an F-15 – and it is unclear what caused it.

The damaged jet was sent for a further maintenance inspection. 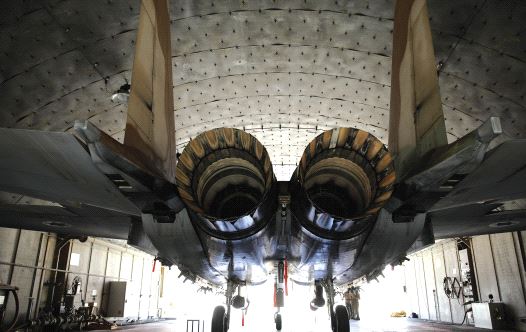 An Israeli F-15 fighter jet is seen from behind during the Jupiter Falcon exercise held by crews from the IAF and the US at Uvda Air Base last month. (credit: AMIR COHEN - REUTERS)

Israel Air Force Commander Maj.-Gen. Amikam Norkin announced that he is pausing drills on F-15s until further notice, barring operational use. The IAF is investigating the incident.

In late November, the IAF suspended training exercises after another F-15 almost crashed.

According to the military, the incident occurred during a training exercise on dealing with air and ground threats, “when the pilot turned his attention to the aircraft’s screen and did not notice that he had lost height and was heading into the ground.”

The jet’s navigator realized what was happening and pulled the jet out of its dive, averting disaster.

“Due to the quick and professional identification, both of them emerged from the danger unscathed,” the military said in a statement.