The 82-year-old Ariel is the former chief rabbi of Ramat Gan and a pillar of the religious Zionist community, but has not been free of controversy. 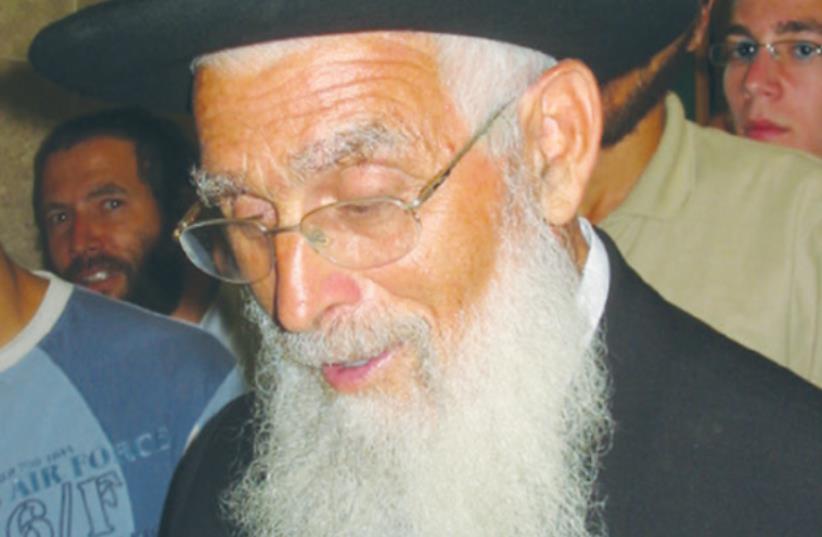 Rabbi Yaakov Ariel
(photo credit: Wikimedia Commons)
Advertisement
The Israel Prize for Torah Literature for 2020 will be awarded to Rabbi Yaakov Ariel for his decades-long work halachic scholarship, Education Minister Rabbi Rafi Peretz announced Tuesday. "Rabbi Ariel is one of the generation's greatest scholars," Peretz said. "He has educated many students over the years and deserves the prize for the scope and depth of his work."Transportation Minister Bezalel Smotrich also came out in support of the decision, praising Ariel as "a great genius of his own and above, a man of Torah and leadership.""Rabbi Ariel is an educator and eminent rabbi who... taught Torah to thousands of rabbis, educators and students," said Yamina MK Ofir Sofer in approval of the decision. The 82-year-old Ariel is the former chief rabbi of Ramat Gan and a pillar of the religious Zionist community, and was one of the most important students of Rabbi Tzvi Yehuda HaCohen Kook during his time studying at Mercaz HaRav. He has written several books over the years, including compilations of lectures and on the birth and decline of the settlement of Yamit in the Sinai Peninsula, where he served as a rosh yeshiva.However, his rabbinic career has not been free of controversy, especially in regards to his opinion towards the LGBTQ community. During a conference in Ramle in 2016, Rabbi Ariel referred to members of the LGBTQ community as "disabled people suffering from a real problem that must be solved with psychological and pharmacological treatments," ynet reported.In 2014, he ruled that it was forbidden to rent an apartment to two lesbian women.As such, there was backlash against the choice to award him with the prize.Irit Rosenblum, founder and CEO of the family rights advocacy NGO New Family, said that Peretz must have given an Israel Prize for hatred, "because this is the only category that Rabbi Ariel is eligible to receive."Another inappropriate decision by the education minister."" The decision to award the Israel Prize to the rabbi who advocates hatred of others is a disgraceful decision that encourages the violence and hatred that members of the proud [LGBTQ] community in Israel endure every day and every hour," said Ohed Hizki, CEO of the Aguda – Israel's LGBT Task Force, according to ynet."The decision to award Yaakov Ariel the Israel Prize, the highest honor in culture, is shameful and puzzling," Blue and White MK Yorai Lahav-Hertzanu said over Twitter."The place of those who incite against an entire community just because of their sexual orientation is in the police interrogation rooms, and not on the stage of recipients of the Israel Prize."I would urge the education minister to reconsider his decision, but there is simply no point."Like Ariel, Peretz is also a well-known figure in the religious Zionist community, but has also shared controversial statements regarding the LGBTQ community, such as endorsing the practice of conversion therapy."I don't know what makes them want to offend and hurt others," Blue and White No. 2 Yair Lapid tweeted. "What is important is that each and every member of the LGBTQ community knows: [The members of the religious-Zionist community that express homophobic sentiments] are a minority, they do not matter, they are stuck in the past."You are our brothers and sisters, we love and respect you, nobody can hurt you and your rights."Meretz leader Nitzan Horowitz also condemned the decision, stating that "The Israel Prize of hatred and homophobia was presented today by the education minister who called us unhealthy to the rabbi who called us 'disabled,'" according to Maariv.Horowitz, who is openly gay, vowed that "When Labor-Meretz replaces the right-wing ministers, we will finally have education that is pluralistic, tolerant and accepting."Jerusalem Post Staff contributed to this report.