Khader Adnan of the Islamic Jihad faction tries to enter Jerusalem without an Israeli entry permit. 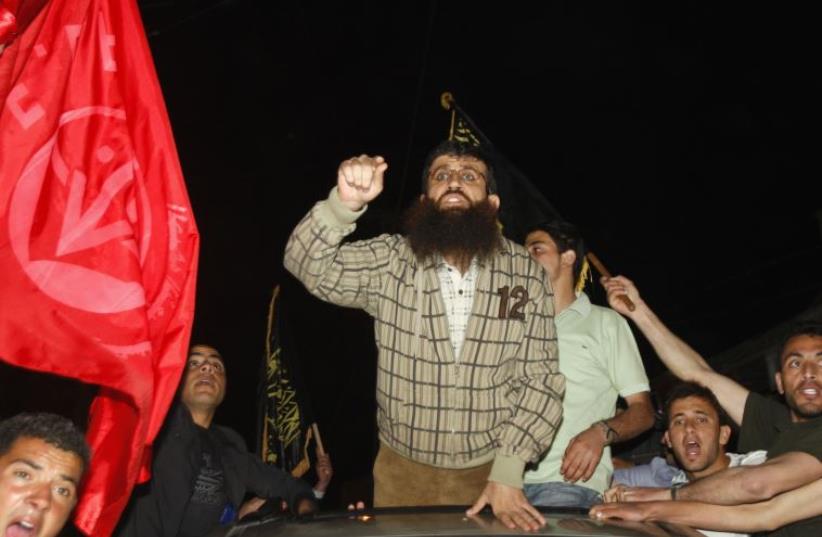 Khader Adnan
(photo credit: REUTERS)
Advertisement
JERUSALEM - Israeli police detained a Palestinian militant leader on Monday for questioning over his travel to Jerusalem, a police spokeswoman said, a day after he was freed from prison in a deal ending an almost two-month-long hunger strike.Khader Adnan of the Islamic Jihad faction was taken into custody near al Aksa mosque in the Old City in East Jerusalem, which Israel annexed as part of its capital - a move not recognized abroad - and where Palestinians seek independence.A police spokeswoman said he lacked an Israeli entry permit."He has been detained, not arrested," she said. "Whether he will be formally arrested or released will be decided when his questioning is completed."On Sunday, Adnan was released from an Israeli prison after staging a 56-day hunger strike in protest at being held without trial under so-called administrative detention, a method Israel says it employs as a security measure to prevent violence.
Islamic Jihad hunger striker released
Israel arrested Adnan, 37, last July for the 10th time. Both sides had feared that his death from starvation would hurt a shaky Gaza truce or spur further violence.Adnan is a known Islamic Jihad figure in the West Bank, territory that Israel occupied in a 1967 war and which Palestinians seek for a future independent state. Like Islamist Hamas, Islamic Jihad opposes peace deals between the Palestinians and Israel and advocates the destruction of Israel.