Palestinian arrested for trying to enter settlement in IDF-style uniform

Another is on the loose.

By ANNA AHRONHEIM
Video shows two suspects attempting to enter the West Bank settlement of Itamar. (Credit: IDF Spokesperson's Unit)
Advertisement
The IDF found six Molotov cocktails near the West Bank settlement of Itamar on Sunday night, according to the IDF spokesperson's unit. The discovery came after two Palestinians wearing IDF-style uniforms were seen near the settlement in the Samaria region of the West Bank on Sunday night, according to the IDF.It’s presumed that they intended to enter the settlement but did not do so. 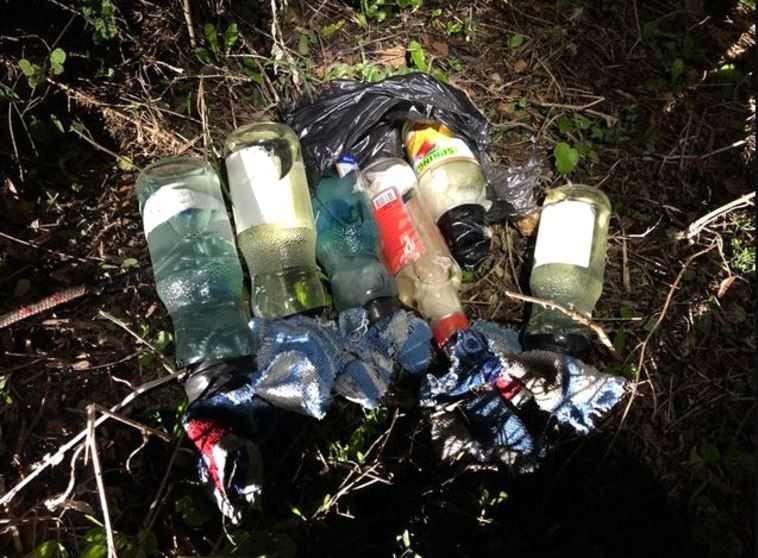 Molotov cocktails found outside the West Bank settlement of Itamar. (Photo: IDF Spokesperson's Unit)
One of the suspects, who had binoculars but no weapons, was caught in the hills separating Itamar from the Palestinian village of Beit Faruk.Troops were searching for the second suspect in the area of Beit Faruk.As IDF troops entered Beit Faruk riots broke out in three different locations, with Palestinians throwing stones at soldiers.The military said that the circumstances surrounding the incident are under investigation, including whether the suspects were caught trying to carry out a terror attack or if they had a criminal motive.Samaria Regional Council head Yossi Dagan said, “we are strong and we will not break.”Tovah Lazaroff contributed to this report.