Can a British billionaire save Israel’s housing market? 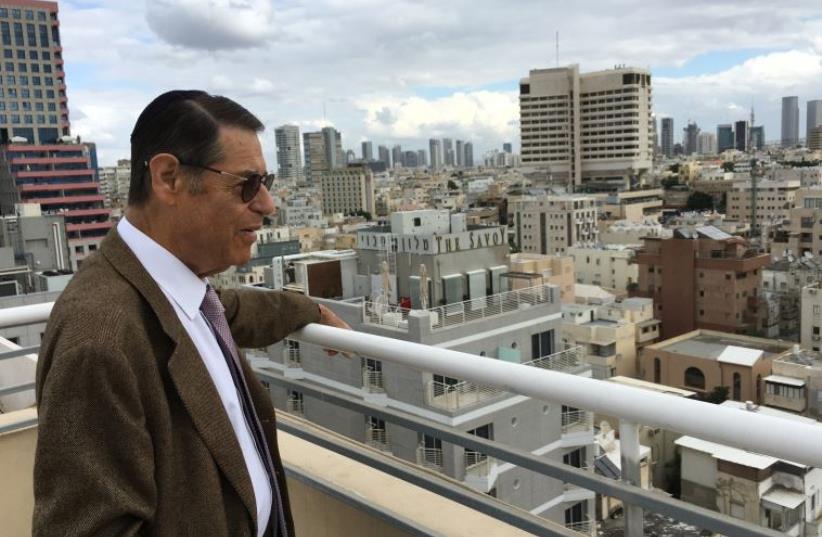 Michael gross, in a luxury apartment development along Tel aviv's water front, is also interested in building affordable rental housing for Israelis.
(photo credit: NIV ELIS)
Advertisement
The first impression Michael Gross had of Israel – when he landed in the middle of the night with his family for a Passover visit in 1952 – was of his teary-eyed father kissing the earth.“My father kissed the ground and burst into tears, and for a six-year-old who’d never seen his father cry, this was dramatic,” said Gross. His mother explained that their parents had been murdered in Holocaust, and that the land of Israel represented a form of redemption.Sixty-three years later, Gross is hoping to bring a different form of redemption to modern Israel.“The greatest socioeconomic problem that Israel has is the lack of affordable housing,” the London-born real estate magnate told The Jerusalem Post in one of his luxury properties in Tel Aviv. “Successive governments have announced that they’re going to do something about it, and broadly speaking nobody has succeeded.”Gross spends the majority of his time focusing on profit-yielding projects – his company is involved in multi-billion dollar projects including redeveloping London’s Euston station and New York City’s Hudson Yards. On this particular issue, however, he said he is pushing an agenda for the sake of the country.“I’m not devoting time, energy, and money for profit. I’m turning 70 next year and want to wind down my career. This is my legacy in Israel,” he said.In his view, the missing piece in Israel’s housing market is a lack of long-term affordable rental housing.“The solution exists, and it’s a $100 billion industry in the US,” he said. “That is tax credit, long-term affordable rental housing – and every word in that definition is key.”The idea, which Gross said was sparked at a conversation at The Jerusalem Post conference in New York, is for the government to provide tax credits for building developers who would commit to offering low-cost, stable rental contracts. The credit would subsidize the cost of rent and encourage investment in the projects.Right now, he argued, “it doesn’t pay to build long-term affordable housing. The amount of rent generated is not sufficient either to service debt or provide a return to put the money there. By being able to sell the tax credits, it bridges the gap between being economically viable and not economically viable.”Every lost dollar of tax revenue, he argues, will produce between $8-10 of taxable economic activity.Uzi Levy, who is in charge of the government- owned company Apartment for Rent (AFR), said the plan offers much potential, but the reality is more complicated.AFR, Levy noted, is already responsible for encouraging rental projects in Israel, and has issued tenders for private companies to build thousands of new long-term rental units. Some of the new units will cost up to 20% below market rate, and be available for up to 20 years.The difference in approaches – opening the market for tradable tax credits instead of issuing specific tenders – requires a lot of insight into the peculiarities of Israel’s real estate market. The US model that Gross advocates, he noted, is not common in the rest of the world.“I currently don’t know what the reaction in the Israeli market would be,” said Levy. “It’s a very fundamental change. In Israel, the rental market has pretty low returns, so there is less of an incentive to invest in it.”That said, Levy is pushing for studies and information to advance the idea, and get it legislated. Before any political parties can get behind such a plan, however, more professional work is needed.Gross admitted while his motivation is to make life better for Israelis, he intends to participate in the market if the plan goes through.“If and when we succeed, we would hope to be active in this market,” he said.“I believe in social justice, but I’m not a socialist.”