This is why your airline tickets are so expensive right now

People are looking for flights — sometimes their first in years — in a rush of what’s been termed “revenge travel."

For more than two years, the main topic of conversation pretty much everywhere has been about the impact of COVID-19. Now that the worst of the pandemic seems to be over and people are traveling more freely again, another hot topic is on the tips of everyone’s tongues: expensive plane tickets.

People are looking for flights — sometimes their first in years — in a rush of what’s been termed “revenge travel.” Internet searches show sky-high airfares for many routes, yet travelers with wanderlust are opting to stomach the higher costs after being grounded for so long.

The trend is across geographies, though some places are more squeezed than others. Searches for a return economy-class ticket between Hong Kong and London on Cathay Pacific Airways Ltd. in late June turn up prices as high as HK$42,051 ($5,360), which is more than five times the typical cost before the pandemic. Direct flights between New York and London around the same time cost more than $2,000 in economy. 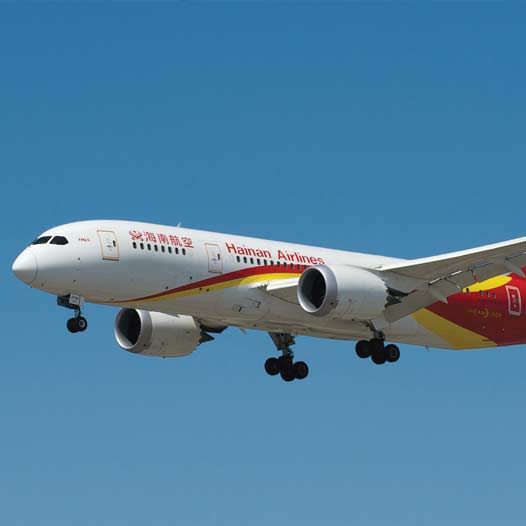 “Ticket prices are really expensive these days,” said Jacqueline Khoo, who works in tourism. Her company paid S$5,000 ($3632) for a colleague’s return trip with Singapore Airlines Ltd. to Hamburg later this month. That used to cost about S$2,000, she said. “It’s really amazing that an economy seat ticket would cost you so much.”

A Mastercard Economics Institute study found the cost of flying from Singapore was on average 27% higher in April than in 2019, while flights from Australia were 20% more. Increasingly, travelers are booking tickets months in advance as they’re worried about the cost of buying at the last minute, said David Mann, chief economist for Asia Pacific, Middle East and Africa at the institute.

There are several reasons for the higher fares, not all of which are within the control of airlines.

Carriers are cautious about bringing back all their idled jets, even though most countries have eased cross-border restrictions. That’s particularly true for giant aircraft like Airbus SE’s A380 superjumbos and Boeing Co.’s older 747-8s, as airlines turn to more fuel-efficient models like A350s and 787 Dreamliners. The pinch is most acute in Asia, which was the slowest to ease restrictions, and as China, the biggest market in the region, remains essentially closed.

After navigating varied and changing government policies for the past two years, it will take time for airlines to rebuild fleets given that many restrictions only eased in May, said Subhas Menon, director general of the Association of Asia Pacific Airlines. “It’s still early days,” he said. “We’re just in June, so it’s not like turning on the tap.”

Carriers also scaled down their networks during COVID-19, none more so than Cathay, which has been hemmed in by Hong Kong’s onerous travel and quarantine rules. That’s left people considering lengthy journeys with one or more stopovers, whereas before they might have flown direct. British Airways Plc doesn’t even fly to Hong Kong at the moment.

With fewer planes in the skies, there are fewer seats to meet the recovery in demand, which in turn has pushed up fares.

Russia’s invasion of Ukraine has exacerbated a steady rise in crude oil prices over the past 18 months. Jet fuel now represents as much as 38% of an average airline’s costs, up from 27% in the years leading to 2019. For some budget airlines, it can be as high as 50%.

Spot jet fuel prices in New York have soared more than 80% this year, though prices vary from region to region depending on refining costs and local taxes. Many U.S. carriers have been able to cover the increased fuel costs so far — but only by passing them along to travelers in the form of higher fares.

Some investors believe airlines may seek to boost fuel surcharges as a way to cope, analysts at Citigroup Inc. said in March. Most of Asia’s airlines don’t hedge jet fuel, which means they are more vulnerable to price increases.

The so-called revenge traveler is “an individual that has been emotionally affected by the lockdowns and has craved travel over the last two years and they’ve dreamt about it,” said Hermione Joye, sector lead for travel in Asia Pacific at Alphabet Inc.’s Google. “They are very spontaneous.”

Hundreds of thousands of pilots, flight attendants, ground handlers and other aviation workers lost their jobs over the past couple of years. With travel picking up, the industry now finds itself unable to hire fast enough to allow for seamless operations at its pre-pandemic levels.

Singapore’s Changi Airport — regularly voted the world’s best — is looking to recruit more than 6,600 people. Many workers who were let go have found other, less volatile careers, and aren’t willing to come back to a cyclical industry. An operator at Changi is offering a joining bonus of S$25,000 to auxiliary police officers, a job that pays a maximum of S$3,700 a month.

In the U.S., smaller regional airlines can’t fly at full capacity because bigger carriers have hired away too many pilots. Hundreds of flights have been canceled in the UK, scuppering holiday plans and leading to long delays and scenes of passengers sleeping at airports. In Europe, major airports have faced delays and cancellations after failing to hire adequate staff. That has disrupted airline schedules and added to costs.

Aviation is a capital-intensive industry with historically wafer-thin margins. COVID-19 has made that operating climate even more challenging: globally, airlines lost more than $200 billion in the three years to 2022.

Elevated fares provide carriers with a path to recover from losses and return to the black.

“We’ve never seen a revenue environment like this, led by domestic leisure,” American Airlines Group Inc. Chief Executive Officer Robert Isom said at an industry conference last week. “On top of that, we see large corporates coming back in. Small- and medium-sized businesses have been really off the charts for a number of months now.”

It’s unclear how long these high prices will persist, even as many travelers seem willing to pay up.

“The rise in prices is a short-term phenomenon,” estimates Stephen Tracy, chief operating officer at Milieu Insight, a Singapore-based consumer insight and analytics firm. “Let’s all just hope that once these things equalize again, the prices come back down. I am fairly confident that they will.”

In a few cases, fares are actually lower than pre-pandemic levels, according to Michael O’Leary, chief executive officer of Ryanair Holdings Plc. While there’s a prospect of more fares returning to levels they were at before COVID-19, the war in Ukraine and virus outbreaks are still risks, he said.