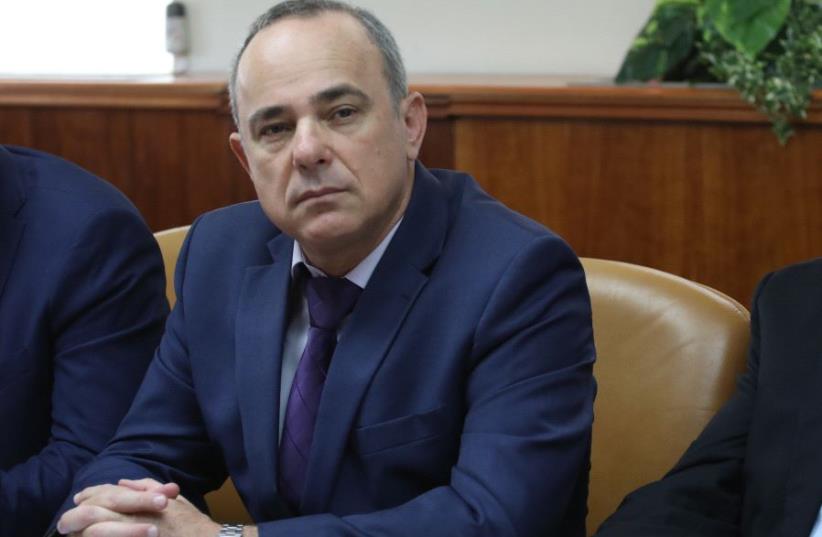 Yuval Steinitz
(photo credit: OHAD TZVEIGENBERG‏/POOL)
Advertisement
Israel’s discovery of huge natural gas fields in the Mediterranean could turn the country into a major exporter, transforming its geopolitical status and giving it energy independence and greater sway worldwide, according to Energy Minister Yuval Steinitz.“For many decades, the Arabs used the fact that they’re supplying Europe with oil and natural gas in order to try to pressure Israel,” Steinitz (Likud) said in an interview last week with The Jerusalem Post. “And now we will have something to balance and influence.”This year, Israel is in talks to export natural gas to Europe, with tentative plans to build an unprecedented, 2,200-km. subsea pipeline in the Mediterranean. It would connect gas fields off the shores of Israel and Cypress to Greece and possibly Italy, costing at least $6-7 billion. The gas could start being pumped within six to seven years, Steinitz added.“I convinced all these countries and the European energy commissioner a year-and-a-half ago to give it a chance. A feasibility study was conducted by the European energy commissioner. And they found out that what was just a fantasy two years ago – they said it’s a fantasy, it’s technologically and financially unfeasible – it’s becoming a reality. For Israel’s future, it will take time.”Already, Israel’s natural gas is flowing to neighboring Jordan, and deals are on the table with Egypt and Turkey.Nearly 70% of Israel’s electricity this year will come from natural gas, a far cry from the less than 30% some five years ago, before any of the country’s gas field were up and running. Three years ago, coal constituted 70% of local power sources. And by 2022, the government plans to close the Hadera coal-fired power plant, limiting coal to 15% of energy and replacing it with natural gas and renewable energies.“This is a revolution in Israel’s electricity production and in the Israeli energy sector,” Steinitz said. “I think we were the fastest in the world, in the past two years, in implementing natural gas instead of other fuels, coal and diesel....“The benefits of it are very significant. First, we are going to make a lot of money from developing natural gas. Second, no less important, public health: We are taking care of public health. Air pollution is already going down and will go down dramatically in the next few years.“We have to shift from coal to natural gas,” Steinitz said. “Like most of the world, from China to Holland, from Britain to Norway; it’s clear that natural gas is much better for public health and for the surroundings than coal,” he said, touting the government’s aggressive plans to shift to natural gas and renewable energy.“Except for America?” I asked the minister, in light of President Donald Trump’s plans to churn out more coal.Steinitz: “Yeah, in every reasonable country. It’s very strange.” 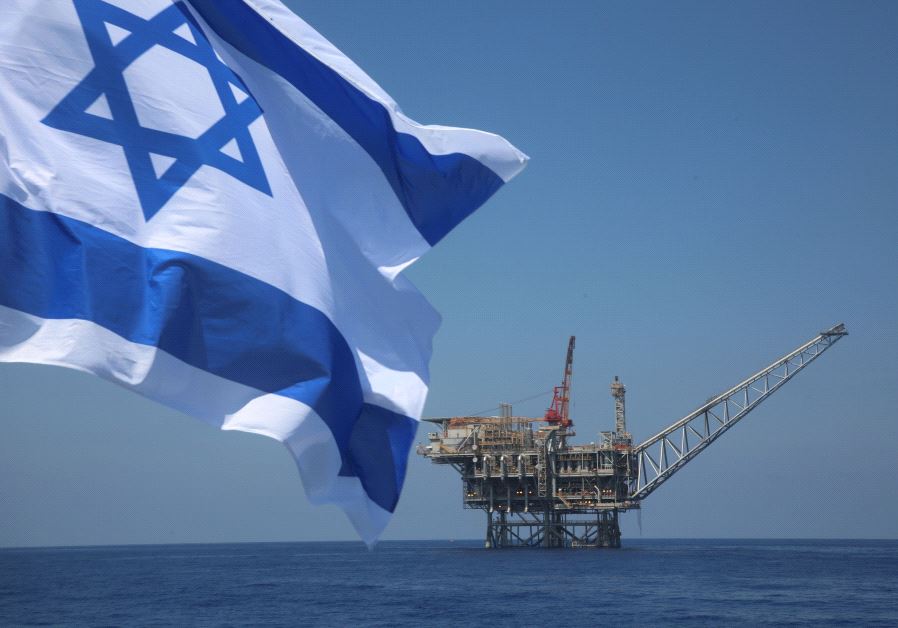 Israeli natural gas field in the Mediterranean (credit: Marc Israel Sellem)Unlike in the 2006 war with Hezbollah, where thousands of inaccurate rockets landed haphazardly, its missiles today are equipped with precise GPS beacons. When asked about Israel’s plans to protect its natural gas infrastructure, Steinitz said that redundancy is key.“It’s important not to have one field and one rig and one transmission system, but, in two to three years from now, to have three fields, with three distinct transmission systems, with three different rigs,” Steinitz said.Asked about costly plans – like the Iron Dome – to protect all the gas rigs from Hezbollah rockets, the minister avoided giving specifics.“We will take measures to protect them, and I won’t get into details.... We have very good defense, and you know, a rig, especially if it’s close to the shore, can be defended with weapons,” Steinitz said, adding: “In a few years from now, we’ll be in a much better situation.“Even if a bomb were to hit the rig, Zichron [Ya’acov] is 20 km. from the rig…. ”And in the case of an emergency shutoff of natural gas – as seen during Rosh Hashana 2017 when a crack in the pipeline forced Israel’s only functioning natural gas field, Tamar, to cut its supplies for six days – Israel’s power plants are equipped with diesel and other fuels to immediately transition away from natural gas.“We have had a crisis in the energy sector, an emergency,” said Steinitz. “But nobody felt it outside the energy sector. So the system was built in a way, especially in the last year, that enabled us, even when we lost 70% of our energy electricity production in the middle of the Rosh Hashana holiday, to immediately take emergency measures and to supply electricity.“It’s not important if it’s paralyzed because of an earthquake, a technical problem or a rocket.... We managed to overcome this crisis and nobody felt it.”Natural gasWhile the Tamar gas field has been connected since 2013, a group of companies is developing three other gas reservoirs – Leviathan, Tanin and Karish, of which the latter two were discovered only in 2012.After years of talks, Israel could also export gas to Egypt, along with eventually being a supplier to the Palestinian Authority, Turkey and Western Europe. While Royal Dutch Shell signed a memorandum of understanding with Delek and Noble some three years ago to supply Israeli gas to the company’s Egyptian liquified natural gas plant, no plan has been put into action yet.“I can say that the dialogue about natural gas between Egypt and Israel is ongoing. Egypt will need a lot of gas for domestic needs and also to use its energy facilities. I think that they’re still interested in Israeli natural gas,” Steinitz said, before quickly switching the topic to Jordan.Leviathan – the largest reservoir with 613 billion cubic meters of natural gas – is under development by lead partners Delek Drilling and Noble Energy. Situated 125 km. west of Haifa, the field will be connected to gas rigs some 10 km. off the coast of Dor, between Hadera and Haifa. For five years now, local residents have battled the plans, and the minister doesn’t mince words.“People sometimes don’t care about their brothers and sisters five or 10 or 20 kilometers away. Not in my backyard,” Steinitz said. “Look, two-and-a-half years ago, it looked almost hopeless, to the extent that my predecessor and the previous director-general told me: Don’t touch the natural gas issue, because it’s a lost cause, no chance. With the level of misunderstanding and hysteria in the public and on the part of the media [and] different directions of all the regulators, there’s no chance to save it. It’s doomed to fail.”Many of the residents opposing the natural gas infrastructure hail from Zichron Ya’acov, and Steinitz had a proposition for them.
“Some people from the South already told me: ‘Look, why cancel the Hadera power plant?’ Cancel the Ashkelon coal plant; we are ready to have a natural gas rig in front of us. There’s already a rig offshore Ashkelon. We’ll reduce air pollution here, and they’ll continue to complain.”Leviathan should be up and running by the end of 2019, initially servicing Israel’s domestic market and Jordan.A Greek company, Energean, is aiming to connect the Karish reservoir to Israel by 2020, and only then develop adjacent Tanin. Karish and Tanin sit about 80 km and 120 km northwest of Haifa, respectively, and have an estimated combined reserves of 67 billion cubic meters of natural gas.