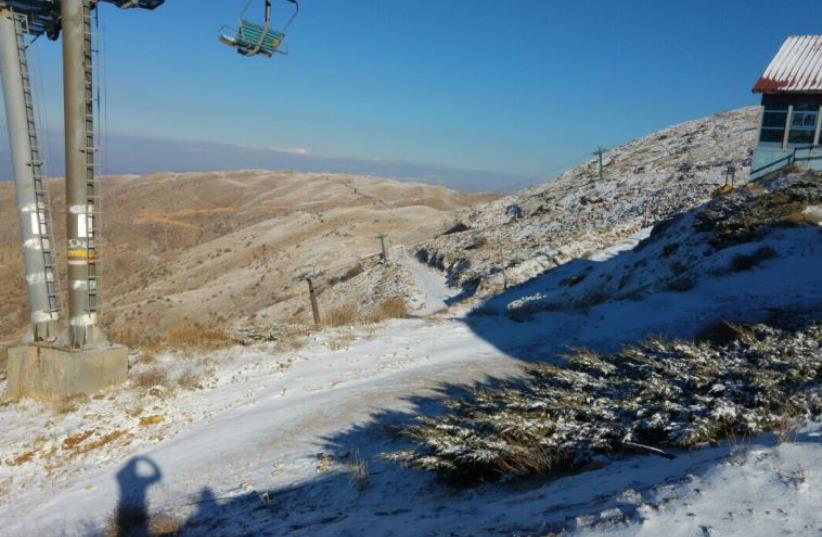 Mount Hermon covered in snow
(photo credit: Courtesy)
Advertisement
The day after Hannuka ended, Israel saw the first snowfall of the season Monday on Mount Hermon.White flakes covered the peaks of the northern mountain, however the snow did not accumulate. Light snow was expected to continue falling in the area throughout Monday and Tuesday. Cloud coverage was expected across the rest of the country, however no significant temperature changes were forecast. Sporadic rain and thunderstorms were also forecast in central and southern Israel until Monday afternoon. 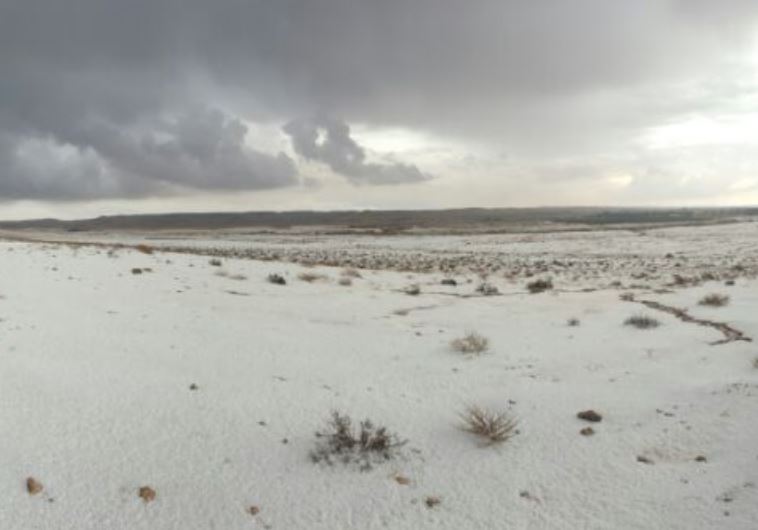 On Sunday, light snow also fell in the South around Ramon Crater and blanketed the yellow sands of the Negev Desert in white. Heavy flooding on Route 22 caused road closures Monday morning between Mashebe Sade Junction and Ze'elim. Yonatan Halali/Maariv Hashavua contributed to this report.