Haifa Mayor Yona Yahav issued an administrative order on Wednesday to shut down operations at the Carmel Olefins facility of the Israel Oil Refineries group. 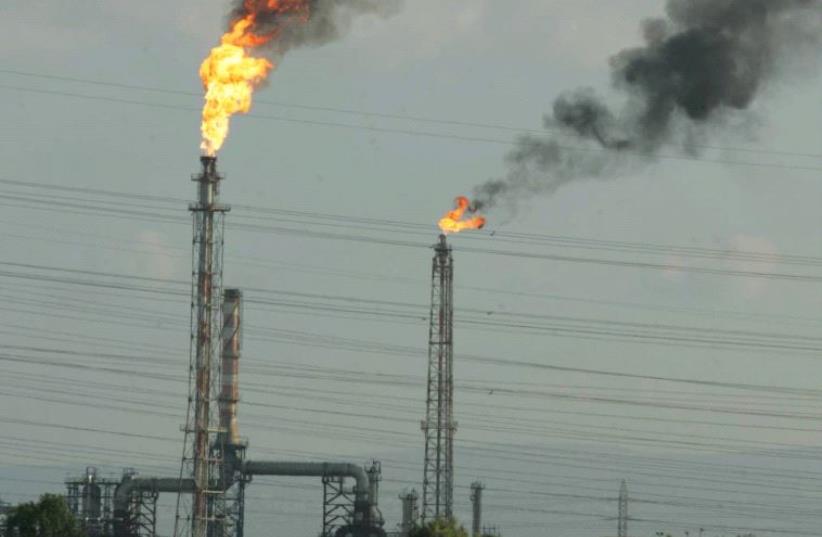 POLLUTING SMOKE rises yesterday from a Haifa refinery. (Alex Rozkovsky/Maariv)
(photo credit: ALEX COLBY)
Advertisement
Joint List MK Dov Henin on Monday called upon the Knesset State Control Committee to subpoena Prime Minister Netanyahu, after his office allegedly intervened last week to prevent the closure of the Carmel Olefins factory in Haifa Bay.Haifa Mayor Yona Yahav issued an administrative order on Wednesday to shut down operations at the facility of the Israel Oil Refineries group, following a series of malfunctions in recent weeks at the plant. Later that day, Prime Minister’s Office chief of staff Yoav Horowitz reportedly called Yahav requesting that the mayor revoke the order, citing security risks.Although Yahav did not agree to the request, the Haifa Local Affairs Court decided the following day to delay the closure until further discussion on November 6.“I read about with great worry the phone call between the Haifa mayor and the Prime Minister’s Office chief of staff, who sought to avoid the temporary closure of a plant that has time and time again broken the law, pollutes the environment and maintains illegal conduct that is harmful and dangerous,” Henin said on Monday.“And the excuse is security,” he continued. “Something went really wrong here. To endanger people’s lives, this is good for security, but closing a plant – which has no connection to security – harms the security of the state?” The most recent mishap to occur at the Carmel Olefins factory took place on October 20, during which a production equipment malfunction caused the petrochemical company’s emergency torch to turn on. The torch is designed to remove excess gases emitted as a result of such glitches, emergencies or termination of manufacturing activities, according to the Environmental Protection Ministry.Just two days prior to the October 20th incident, the ministry had summoned the Oil Refineries group CEO to a hearing, as a result of additional failures that had recently occurred at the Carmel Olefins factory. These malfunctions included a discharge of 35 tons of leaked gases on October 7, faulty smokestacks on October 6 and another gas leak on September 7.