Student transportation passes to include right to ride Israel Railways 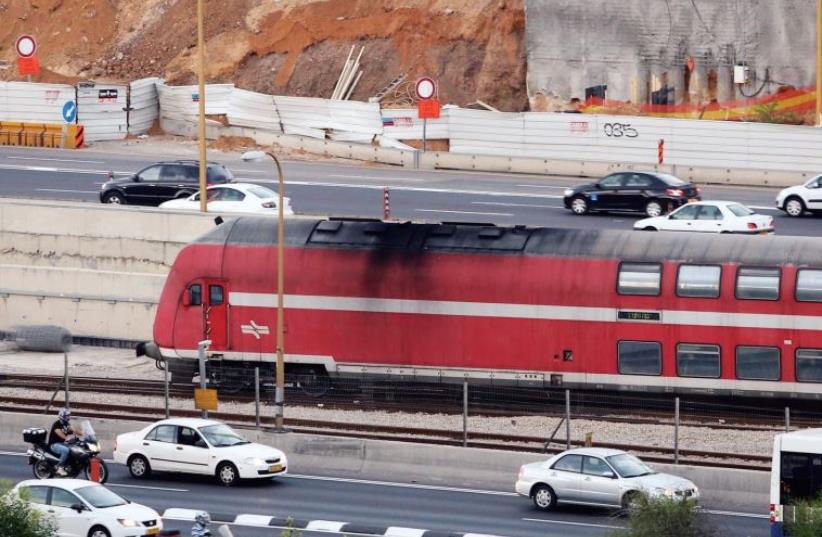 A train runs parallel to the Ayalon Highway in Tel Aviv
(photo credit: MARC ISRAEL SELLEM/THE JERUSALEM POST)
Advertisement
University students holding a student transportation pass will now be eligible to use their passes to travel by train, Minister of Transportation Israel Katz announced on Tuesday.Currently, the yearly student transportation pass includes a 50 percent discount on the price of public transportation within the city where the student studies, and for regional buses between that city and others.The new reform will allow students holding a semester or yearly pass to also ride the train in the area they are subscribed to at no additional cost.Katz noted that expanding the options available for semester and yearly passes will benefit students holding these subscriptions; the inclusion of rail passes will save students a lot of money and will “increase the attractiveness of public transport among students.”Students responded enthusiastically to the reform.“We welcome the decision of the transportation ministry to adopt our stance and to allow for the student population to also ride Israel Railways under the varying student subscriptions. We are happy that the Transportation Ministry chose to place the student population at the head of its priorities,” Ram Shefa, deputy chairman of the National Union of Israeli Students said on Tuesday.The move follows a number of other recent measures to reduce fares in the public transportation sector. On Sunday, the government approved a bill that, if passed by the Knesset, would shield bus fare changes from fluctuations in value-added tax. In addition, the bill called for a one-time, 17-percent reduction in the amount of VAT charged with fares today.Meanwhile, as of January 1, a Transportation Ministry reform enabled Rav-Kav multi-fare cardholders to take advantage of new subscriptions that integrate various modes of travel, offering discounted packages based on designated destination zones.Passengers can now purchase daily, weekly and monthly passes at reduced costs within the Tel Aviv, Haifa, Jerusalem and Beersheba metropolitan areas.The Transportation Ministry’s hope is that the increased system flexibility will encourage travelers to choose public transportation over their private cars.