To Russia with Bugs

500 million insects will head to Russia as part of the country's effort to help them improve their local agriculture markets. 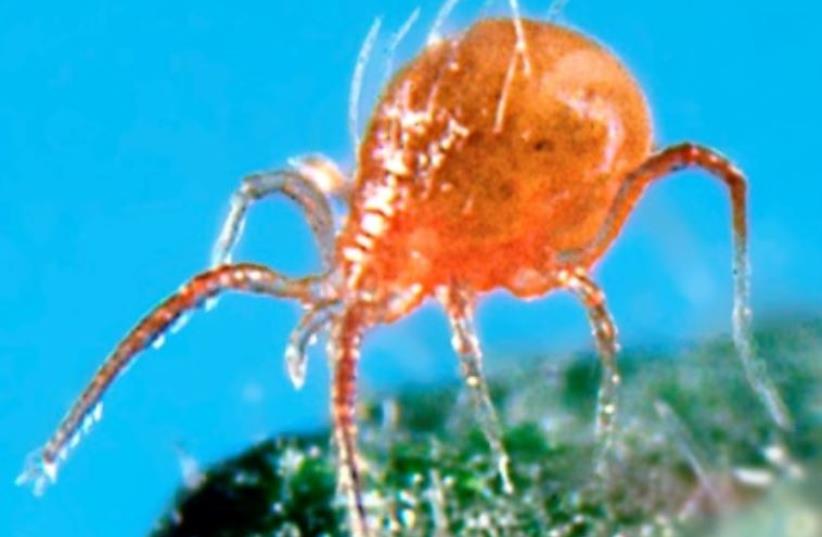 Close up of the Phytoseiulus persimilis mite that Bio Bee sent to Russia
(photo credit: Courtesy)
Advertisement
Some 500 million little critters from Israel’s Bio-bee company will head to Russia, it was announced on Sunday.
Aiming to cut dependence on foreign agriculture imports as much as possible, Russia has been investing heavily in providing farmers with financial incentives for building greenhouses as well as using chemical-free pest prevention methods.
The country has banned the import of many European Union fruits, vegetables and even flowers, ever since violent conflict broke out between Russia and Ukraine, garnering sanctions from the EU.
Bio-bee stepped in when the Russian government called with its $1 million order.
This particular order of Bio-bee insects from Kibbutz Sde Eliyahu, near Beit She’an, included several types of predatory mites. Among them is the Phytoseiulus persimilis mite and the Amblyseius swirskii mite, which are intended to be a “natural pesticide” for crops of tomatoes, cucumbers and roses.
In addition, an order of Bombus terrestris – commonly known as bumblebees – will be sent to improve crop yields.
The bumblebees will also be part of a cherry pollination experiment taking place in Crimean orchards. If it proves successful, the company said it could pave the way for better cherry growing in Israel.
Though the company already has a 35 percent market share in Russia, according to Ran Gan-El, vice president of sales and marketing, this is the first time the firm’s products have been sent to the Crimean Peninsula.