Winter returns with a vengeance 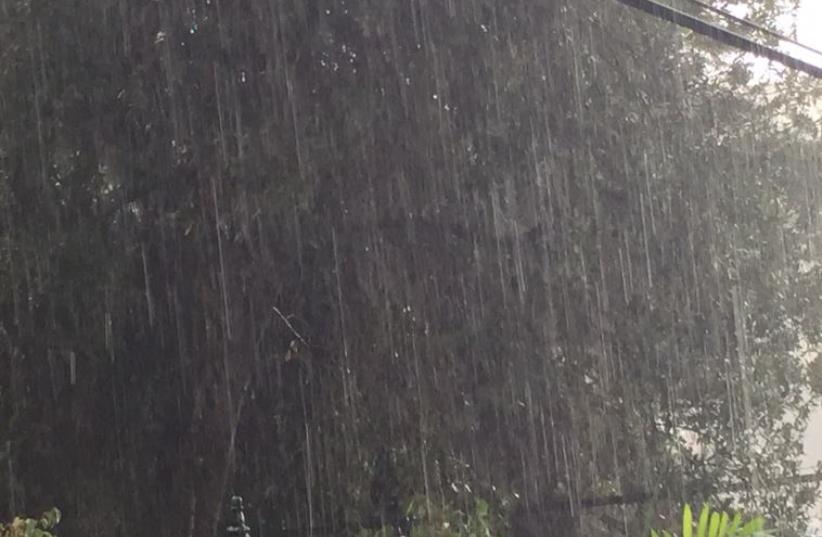 First winter rain in Israel
(photo credit: YONATAN HALALI)
Advertisement
As the rain came down hard across the country, temperatures dropped with it and provided a rude awakening to those who thought spring had come early following last week’s surprise heat.By the time the sun rose on Monday, the central part of the country was already drenched with 30-40 mm. of rain. By the afternoon, 80 mm. had fallen in Safed while Dorot, in the northern Negev, had 79 mm. of rain.Overnight, the Kinneret received 1.5 cm. of precipitation, and by the afternoon, the sea’s water levels were already up an additional centimeter, according to the Water Authority. Its last report said it stood at 212.64 meters below sea level and would need another 3.84 m.to be considered full. Overall the Kinneret’s water levels have risen 40 cm. since the start of the season, but the rain will have to keep coming for levels to meet the average winter increase of 1.6 m.The authority warned the public about flash floods in the Negev and Judean Desert, where heavy rainfall caused the Ayalon Stream to overflow, along with the Sorek, Lachish, Shikma and Besor streams.Flooding near the Dead Sea forced Route 90 to be completely closed off between Ein Gedi and Ein Bokek.Amos Porat, head of the Israel Meteorological Service’s Climate Department, told The Jerusalem Post the change in weather was caused by “an upper air trough with cold air from northeastern Europe and a deep surface depression in Lebanon and Syria.” This caused the atmosphere to be unstable, creating clouds that brought hail and heavy rainfall with them.Snow was added to the wintry mix at Mount Hermon. The ski resort reported Monday afternoon that slushy snow had begun to fall on the lower parts of the mountain range.The IMS predicted a rainy Tuesday. Mount Hermon, which does not have an IMS weather station, is expected to have a high of 2˚C and a low of -5, making it the coldest place in the country. Eilat is predicted to be the warmest place with a high of 21 and a low of 12. Rain-wise, the Arava region of the Negev is expected to be the only dry spot in the country while showers are expected everywhere northward.The Transportation Ministry and the Israel National Roads Company said its fleet of emergency trucks were being prepared in order to assist vehicles stuck on roads.