Ministry urged to implement them, with 20% of new mothers affected. 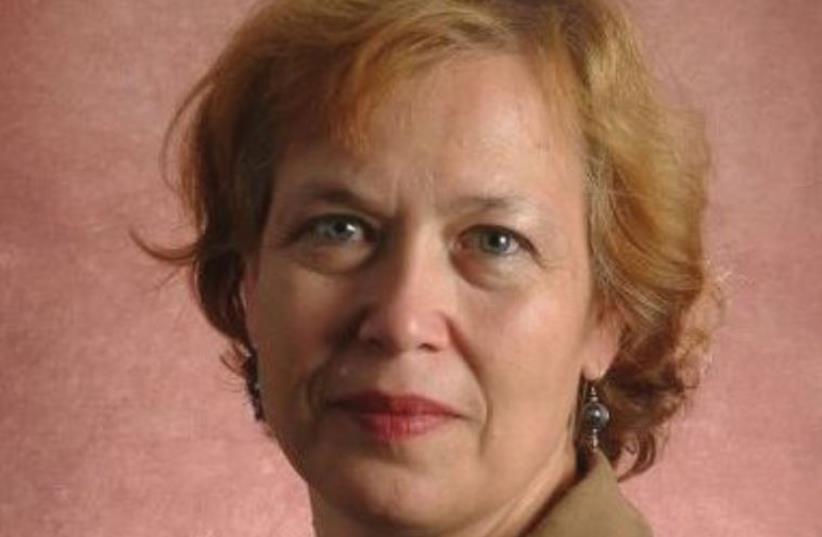 JULIE CWIKEL
(photo credit: BEN GURION UNIVERSITY OF THE NEGEV)
Advertisement
Ben-Gurion University of the Negev researchers called on Health Minister MK Ya’acov Litzman to implement a national program to treat perinatal mood and anxiety disorders (PMAD or postnatal depression), which affects about 20 percent of all new mothers in Israel.Prof. Julie Cwikel, founder of BGU’s Center for Women’s Health Studies and Promotion, said on Wednesday – the first World Maternal Mental Health Day – that she and her colleagues have prepared guidelines for treating the condition after completing a research study on 1,000 women in Rehovot.“These disorders affect millions of women around the world, yet only 70% of women who suffer from PMAD actually get treatment. Women are very clear about their likes and dislikes about how they want to be treated. Our new study contains excellent guidelines for a new national program here in Israel to treat mothers coping with perinatal mental health challenges,” said Cwikel, who conducted the study with Prof. Orly Sarid and doctoral student Meital Simhi of BGU’s department of social work together with representatives of the Health Ministry’s Rehovot District Health Office and Bar-Ilan University health economist Dr. Racheli Magnezi.In many countries including Israel, about 15% of new mothers experience some type of PMAD. These illnesses frequently go undiagnosed and untreated, sometimes with tragic and long-term consequences to both mother and child, Cwikel said. Women of every culture, age, income level and race can develop perinatal mood and anxiety disorders.Symptoms can appear any time during pregnancy and during the first 12 months after childbirth.There are effective and well-researched treatment options, including a combination of psychotherapy and medication.Yet many believe that taking anti-depression medications requires that they stop breastfeeding, Cwikel said. However, in today’s medical practice, there are now well-accepted medications that do not harm nursing infants.“In Israel, our basic resources to help treat these disorders have eroded. [Until three decades ago], well-baby [tipat halav] nurses used to make a home visit to every new mother, which was a very important psychological screening and assessment tool, but they no longer do so. In 1.7 out of 1,000 births, a mother will develop postpartum psychosis that requires hospitalization. Israel no longer has wards where mother and infant can be hospitalized together. Separating the two for weeks or months on end has traumatic effects on both mother and child,” Cwikel said.“There were 170,000 births in Israel in 2013, which means there were at least 170 mothers that year, and every year, who developed postpartum psychosis – many of whom remain untreated or suffered long separations from their infants because of a lack of a national program,” she argued.The research is clear – treating depressed mothers benefits both the mothers and their children in the short and longterm.Treating depression in pregnant and postpartum women has immediate as well as long-lasting effects, said Cwikel.“A study done in the UK showed that if a mother is depressed when she has her baby, then when that infant hits teenage years, he or she is four times more likely to suffer from depression,” she said.A study published by Brigham and Women’s Hospital in Boston in May “shows that if you treat depressed women when they’re pregnant, you reduce premature and low weight births. Another study in the US showed that for every dollar you invest in treating PMADs, you save $5.7 in the future. You eliminate the need for remedial educational programs, and ongoing mental healthcare for the mother and her other children.”The epidemiology of these disorders is clear and proven treatment programs exist, said the BGU professor. “In fact, there is mandatory screening for perinatal and postnatal women for these disorders, yet there is still no national program in place to provide treatment.”She submitted a proposal to the Health Ministry last year on how to construct such a program, which she is now calling on the ministry to implement.