Despite boycott pressure: Hundreds of top British and Israeli scientists meet at Oxford

Boycott efforts did not deter 250 British researchers from 33 institutions across England, Wales, Scotland and Northern Ireland from attending BIRAX Conference with their Israeli counterparts. 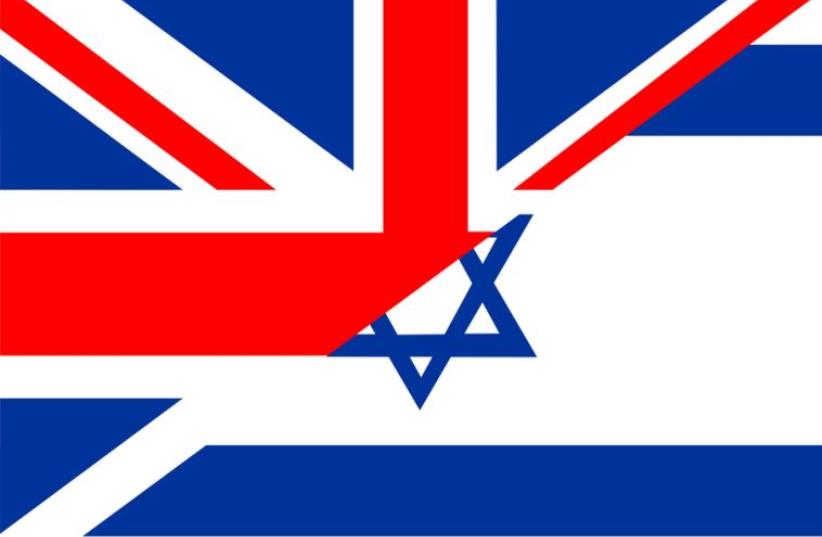 Israel and UK flags
(photo credit: ING IMAGE/ASAP)
Advertisement
Some 350 leading British and Israeli medical researchers are currently meeting in Oxford for the third annual BIRAX Conference organized by the UK-Israel Science Council. The large event is taking place as bilateral science cooperation thrives despite calls to boycott Israel.The boycott efforts did not deter 250 British researchers from 33 institutions across England, Wales, Scotland and Northern Ireland from attending.BIRAX, a joint UK-Israel research initiative tackling some of the world's most debilitating diseases, has invested over £7 million in bilateral research since it was founded in 2011. The 15 joint research projects funded by BIRAX so far include the use of heart cells to restore damaged heart muscle; and the use of breath tests for the diagnosis of Parkinson’s Disease. BIRAX was initiated by the British Council and the British Embassy in Israel, the Pears Foundation and UJIA.  The conference will showcase the latest developments in regenerative medicine, including joint research by UK and Israeli researchers to fight diabetes, Alzheimer's disease, heart conditions, and other global health challenges. The conference is also aimed at creating more opportunities for scientists from both countries to collaborate.Simultaneously, the UK Israel Science Council will meet at the conference to agree to new bilateral scientific priorities for focus until 2020. The council will also review a year of unprecedented successes that include the launch of a suite of bilateral research programs; as well as over 20 scientific visits with hundreds of scientists going back and forth.Weizmann Institute of Science Prof. Ada Yonath, a 2009 laureate of the Nobel Prize in Chemistry, who was a founding member of the UK Israel Science Council, said: "There is no substitute for international collaboration between scientists, and UK-Israeli partnerships are no exception. As a founding member of the UK Israel Science Council, I see scientists from both countries meet, discover and grow through partnerships like BIRAX that advances medical research. The results benefit not only both countries, but the entire world."   Prof. Raymond Dwek of Oxford University and co-chair of the UK Israel Science Council, added: “The scientific partnership between the UK and Israel continues to flourish, and in so doing to benefit not only British and Israeli scientists but the global research community. Through existing, new, and upgraded programs, hundreds of UK and Israeli researchers are working together on some of this generation’s greatest challenges; from access to clean water to some of the toughest diseases to cure. The UK Israel Science Council, together with our partners in the UK Government, the British Council and the Israeli National Academy for Science and Humanities, are working to expand joint research in innovative fields such as nanoscience, neuroscience and water sciences."Sir Ciaran Devane, chief executive of the British Council remarked, “The British Council was founded to create a friendly knowledge and understanding between the people of the UK and the wider world and for the UK and Israel there is no better example of this than in science, where leading thinkers are devising innovative ways to solve some of the fundamental problems confronting the world. The British Council is proud to support the delivery of BIRAX and help it achieve such noble ambitions.”Other events will also take place in Oxford parallel to the conference: a meeting of the BIRAX Funders and Partners, bringing together UK, Israeli and US medical research foundations and other supporters of the program; a student and young researchers symposium; structured networking sessions and an event in London by the Jewish Medical Association.
Sign up for the Health & Wellness newsletter >>