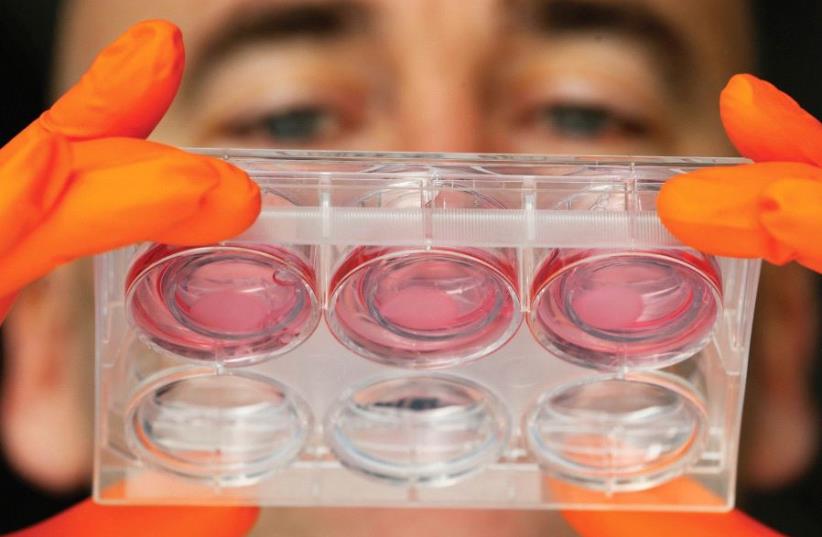 THIRD GENERATION light sources will enable the study of properties of human cells, atoms and will become important tools for research.
(photo credit: REUTERS)
Advertisement
Israeli medical researchers have received high marks from Prof. Jeffrey Drazen, editor-in-chief of the New England Journal of Medicine – one of the most prestigious medical journals in the world, which has been published since 1812.“In general, Israeli medical research is world class in many fields,” he told The Jerusalem Post in an interview during a visit here. “We publish lot of research from Israel. You are very productive. It’s amazing for a country of fewer than nine million people.”Drazen – a noted pulmonologist , editor, researcher and author from Massachusetts – is here attending the Rambam Summit at Haifa’s Rambam Medical Center. This year, the subject of the conference, which was held on Tuesday, is Health and Beyond: Nephrology and Genetics. Drazen and other participants were greeted by Rambam director-general Prof. Rafael Beyar and Prof. Karl Skorecki, the director of Rambam’s medical and research development and a world-class expert in population genetics and nephrology.Also attending the conference was Prof. Richard Horton, editor-in-chief of The Lancet, the prominent British journal of medicine that recently launched a series on medicine in Israel. Both Drazen and Horton, along with former US diplomat Dennis Ross, were presented by Beyar with the Rambam Award.The full interview with Drazen will appear on the Post’s Health Page on Sunday, June 18.
Sign up for the Health & Wellness newsletter >>