As sports drinks became less popular, they were “repackaged” and “rebranded” by manufacturers. 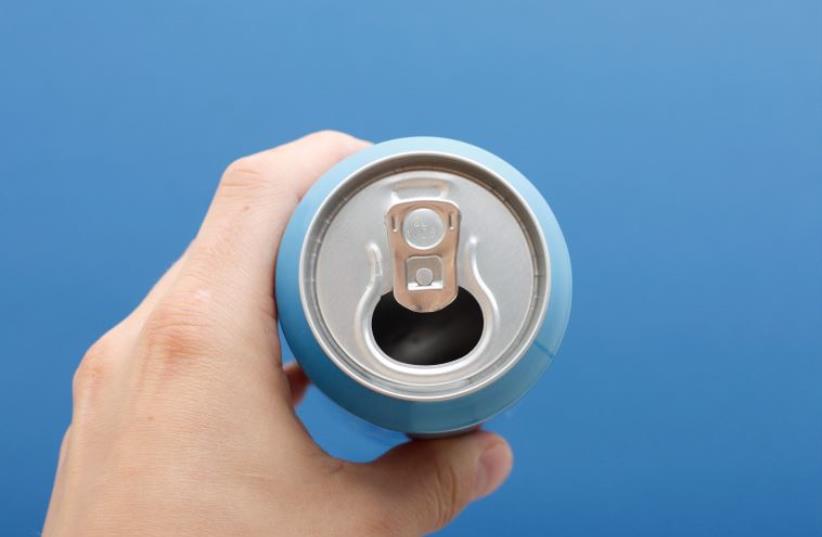 A canned drink [Illustrative]
(photo credit: INGIMAGE)
Advertisement
High school pupils and young adults who typically drink large quantities of energy drinks are risking their health, and even their lives, because they are unaware that mixing them with alcohol can extend the period of alcohol consumption, mask the degree of alcohol-induced disability and produce the notorious state of “wideawake drunks,” according to research published in the Israel Journal of Health Policy.Energy drinks, said Dr. David L. Katz, a preventive medicine specialist and founding director of Yale University’s Prevention Research Center, “bring with them the familiar baggage of heavily marketed, processed alternatives to water. These drinks routinely provide the sugar and calorie content of soda. There are, of course, sugarand calorie-free alternatives, as there are for sodas, but this only serves to further highlight the cross-category similarities.”The research team obtained information about energy drink consumption and consumption of alcohol mixed with energy drinks, social and demographic factors and relevant knowledge from a group of more than 800 students in grades eight through 12, determining that over 80 percent of the responding sample of pupils had, in fact, at least sampled an energy drink. The median age of first-time consumption was 12.5 years.“Clearly, then, awareness of this relatively new product category is all but universal in this age group and partaking at least occasionally is very much more norm than exception,” Katz wrote.Over 4% of survey respondents reported a need for medical attention as a direct result of consuming energy drinks, or one pupil out of every class having to go to a doctor because of a product being legally marketed to them, he said.“Significantly more boys than girls reported daily consumption of energy drinks, suggesting perhaps that the marketing message is working just as intended.”Of particular concern, he said, is that nearly 40% of the pupils who had tried an energy drink had at one time or another tried one mixed with alcohol. Even if they knew of the hazardous effects of the combination, he said this was not associated with a reduced inclination to do so.He also discussed another article recently published in the journal, that covered Tel Aviv high school pupils and claimed that this age group is targeted by energy drink manufacturers and that they are “at a well-known risk for initiating risky exposures.”According to Katz, sports drinks previously were popular for allegedly improving the performance of sportsmen and helping pupils study for tests late at night but that they are consumed routinely by those whose involvement in sports is often limited.As sports drinks became less popular, they were “repackaged” and “rebranded” by manufacturers.“Like sports drinks before them, these beverages are peddled aggressively and effectively to youth under the implied halo of their performance enhancing effects.By implying unproven and improbable benefits, and by ignoring known dangers, industry is putting profit ahead of public health,” he concluded, saying there should be a requirement of warning labels on energy drink containers and education directed to both youth and their parents.