Defense Ministry ‘promised, but did not carry out’ reimbursement 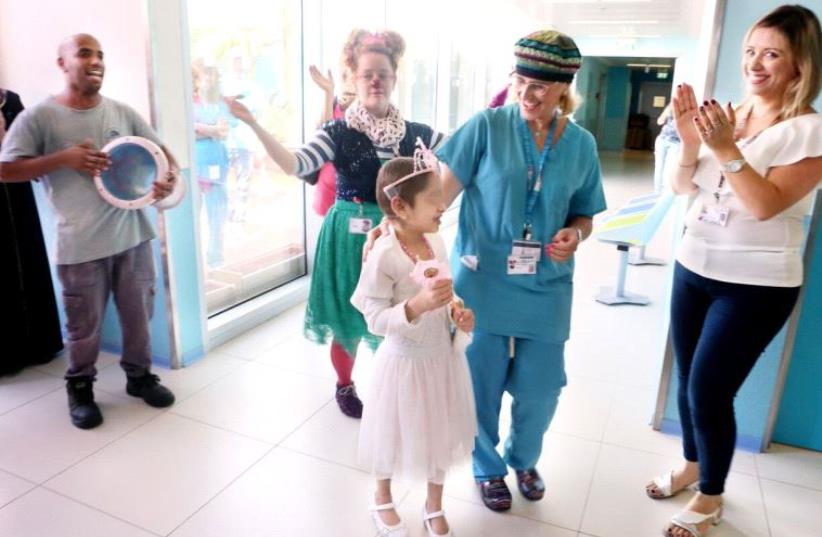 Syrian girl at Rambam medical center
(photo credit: COURTESY RAMBAM MEDICAL CENTER)
Advertisement
The Defense Ministry has not met its commitment to pay the Western Galilee Medical Center in Nahariya for its continued humanitarian treatment of Syrian refugees.The Defense Ministry “promised, but did not carry out” its promise, to pay for the expenses, the Health Ministry said on Wednesday. “This creates economic challenges for the hospital.”It was asked to comment on statements made Tuesday in the Knesset that the hospital, which is owned by the Health Ministry, has not been reimbursed by the Defense Ministry for tens of millions of shekels in expenses. The claim was made by MK Eitan Broshi (Zionist Union) after visiting the hospital, which is headed by Dr. Masad Barhoum.Since the beginning of their country’s civil war, more than 1,500 Syrian children and adults have been treated for complex wounds. Most arrive in Nahariya after crossing the border, with help from the IDF.Broshi said that the average cost per diem for treating the Syrians is NIS 10,321, while the government transfers only NIS 1,300 daily to the hospital. The medical institution is situated only 10 km. from the Lebanese border, and in the past has treated Lebanese civilians as well, Broshi said.As a result of inadequate payment by the Defense Ministry, he added, the hospital’s deficit, which is chronic in ordinary times because it is in the periphery, is growing and threatening its normal functioning. If the money is not forthcoming, he said, hospital administrators will have to close down some departments, thus causing much suffering among Galilee residents who are patients.