University of Haifa’s Portnov: I’m not trying to hide anything, but the report isn’t finished. 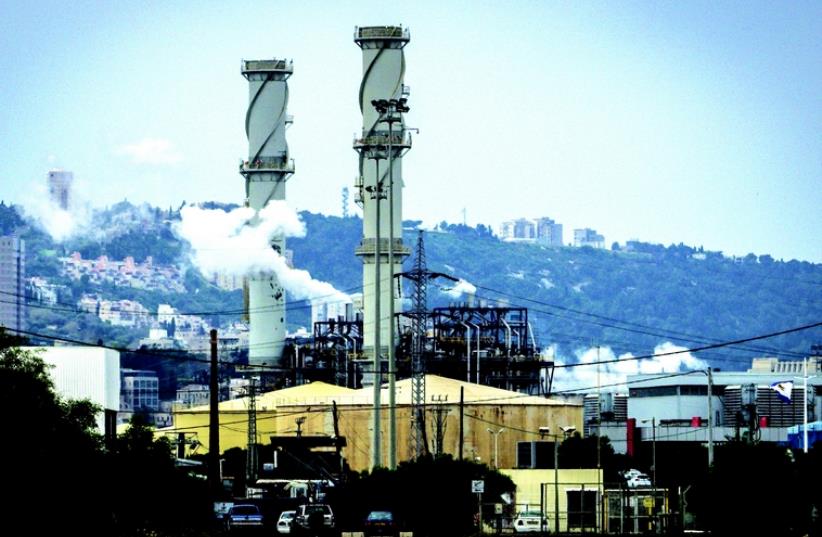 Usines polluantes à Haifa
(photo credit: DR)
Advertisement
The head researcher studying the connection between pollution and health problems in Haifa acknowledged on Monday that the city has a number of “hot spots” where rates of cancer, asthma and abnormalities in babies are higher than average.Preliminary results of a University of Haifa study, leaked on January 31, indicated that exposure of pregnant women in the Haifa area to pollution from the petrochemical industry caused their babies to be born with heads 20 to 30 percent smaller than average.According to the Channel 2 report, the neighborhoods most affected by the pollution, because they are tangential to the petrochemical facilities and downwind from them are Kiryat Haim, Kiryat Bialik, the southeast part of Kiryat Tivon and the Carmel ridge on the side that faces the industrial area.The Knesset Internal Affairs and Environment Committee convened following insinuations that the report was being withheld from the public.University of Haifa Prof. Boris Portnov, the study’s head researcher, told the committee on Monday that compared to Tel Aviv and Hadera, the researchers “have not found higher disease rates in Haifa aside from slightly higher rates of cancer.”Within the Haifa area, however, Portnov said that a number of areas had a higher-than-average “concentration of people suffering from cancer,” but he refused to say how many areas or to provide any numbers.“We still haven’t finished the report and I’d rather not give out figures that are not exact,” he said.“It’s not that I’m trying to hide anything. Every figure has a meaning and scares the public, and sometimes they don’t understand the numbers in the right way,” Portnov continued.The researchers found a connection between “environmental causes” and areas with higher than average illness rates, though Portnov said air pollution was not necessarily one of the causes.Regarding asthma in children between the ages of six and 14, statistics the researchers received from Clalit Health Services clinics showed that the differences between rates in Haifa, Tel Aviv and Hadera were “not statistically significant.” Within the city, though, certain areas showed higher rates of the condition.Prof. Itamar Grotto, the Health Ministry’s public health director, told the Internal Affairs and Environment Committee that the connection between air pollution and cancer was only realized in 2013. “In 2007, I would not have been able to say that disease was connected to pollution.”Health Minister Ya’acov Litzman remained skeptical of the study, saying that “not every person who does a study can publish it. The Environmental Protection and Health ministries need to check it.”At the meeting, MK Mickey Rosenthal said that he has been following the pollution in Haifa for the past 15 years and that “time and again, the red lights have gone off.“Every time, there’s no end to the number of skeptics who say there isn’t enough evidence,” he said. “It’s the government’s obligation to take some preventative measures, not to ignore the red lights and belittle the data, the studies and the residents’ feelings.”
Sign up for the Health & Wellness newsletter >>