Being attacked by Arab countries made them feel completely helpless, according to University of Haifa research. 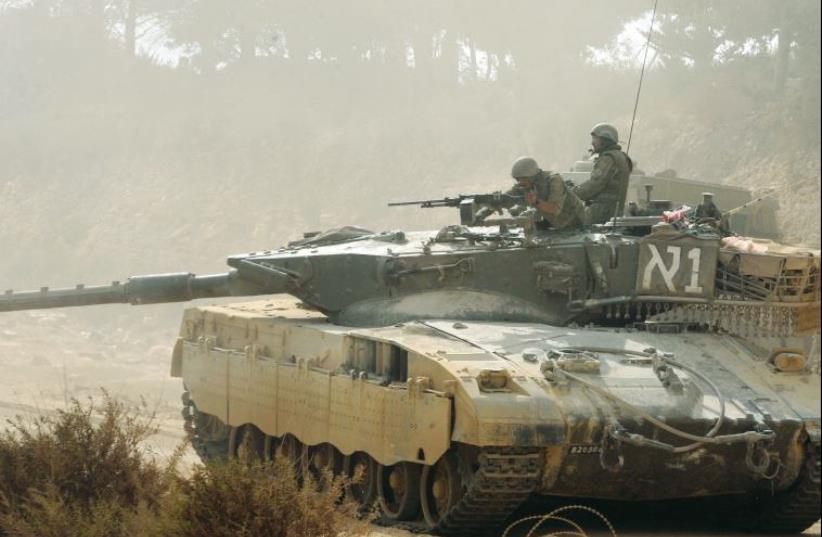 An Israeli tank moves along the border with Lebanon in August 2006
(photo credit: REUTERS)
Advertisement
Israeli-Arabs in the North and South of the country suffered from significantly more anxiety that Israeli-Jews during the Second Lebanon War a decade ago and the Cast Lead Operation in Gaza in 2008 to 2009, according to a new University of Haifa study.Arabs were subjected to injury and death just like Jews during the two wars. Being attacked by Arab countries made them feel completely helpless, said Dr. Pnina Ron of the university’s school of social work, who conducted the research.The wars exposed the home front to the threat of missiles and caused civilian casualties, she said. Jewish and Arab cities, towns and settlements alike were exposed to the danger from missiles fired indiscriminately at Israel.Ron wanted to study whether there was any difference in levels of anxiety and fear of death between Arabs (including Druse) and Jews, and among young, middle-aged and elderly Israelis.A total of 171 families living in the north and south of the country were queried; each included someone aged 65 and older, their adult children aged 42 to 64 and grandchildren aged 20 to 40.Questionnaires showed that on average, the level of anxiety and fear of death among Israeli Arabs was higher than among the Jewish population. The ones who reported the highest levels of fear were Arabs in the middle-aged group (a ranking of 3.64 out of 5), while the lowest levels were reported by Jews of the third generation.Ron said Israeli Arabs have less experience coping with attacks on them, and this increased their anxiety. They may also have fewer bomb shelters than the Jewish sector, she suggested.While the two older generations of Arabs were more fearful than their Jewish counterparts, younger Arabs were not; this made them feel apathetic and that “it can’t happen to me.”However, younger Jews who face military service during which they could be hurt were more anxious.In general, when the researcher examined the age groups without separating Jews from Arabs, it became clear that age group revealed the lowest anxiety level was the middle generation.According to the researcher, the low level of anxiety in this group stems from the role of this generation in times of war.“During these periods, they are forced to support their children and their parents, a fact that gives meaning to their actions and causes a distraction during the war,” Ron concluded.