“It is history in the making for an Israeli company to bring the tidings to the citizens of New Mexico.” 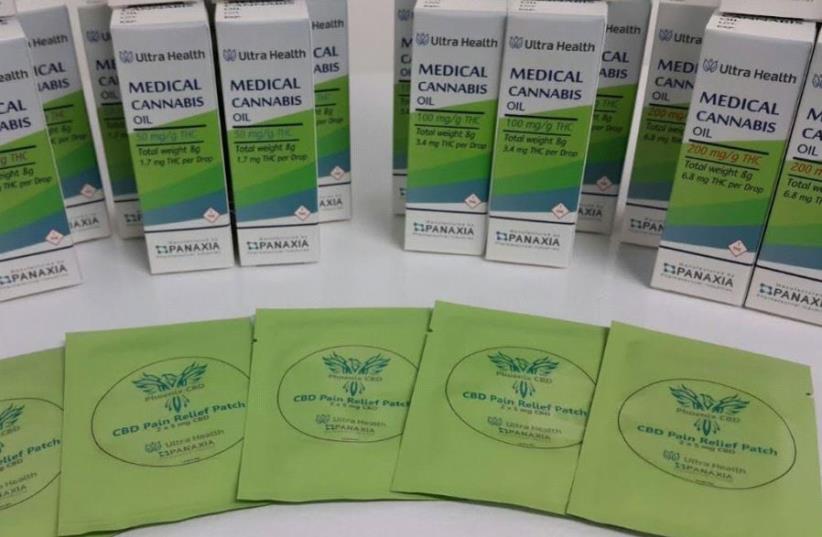 Israeli, New Mexican partners open first US pharmaceutical cannabis production site
(photo credit: PR)
Advertisement
An Israeli and New Mexican company have joined forces to launch the first-ever pharmaceutical cannabis production lab in the United States.The Lod-based Panaxia Pharmaceutical Industries Ltd. and the Albuquerque, New Mexico-based Ultra Health have opened a facility in Bernalillo, New Mexico, that will manufacture smokeless, accurately dosed cannabis medication in a variety of delivery methods, the companies announced this week in a joint statement.Panaxia is providing the smokeless proprietary cannabinoid dosage and treatment protocols, which are not readily available in the US, in order to produce a number of medications to treat different illnesses, according to the statement.“It is history in the making for an Israeli company to bring the tidings to the citizens of New Mexico,” said Panaxia CEO Dadi Segal. “We are happy to move forward into bringing smokeless, exact and reproducible dosing capabilities for medical cannabis products to the United States market.”Among the products manufactured will be sublingual (under the tongue) and oral tablets, rectal and vaginal suppositories, cannabis oil, pastilles, transdermal (through the skin) pain relief patches and topical creams. The medicines can be used to help ease symptoms from conditions that require ongoing dosing, such as PTSD, chronic pain, cancer, neuropathy, epilepsy, anorexia and HIV/AIDS, according to the statement.“The new 18 smokeless-designed cannabis products are providing better delivery systems for patients and physicians by delivery of a fully potent, targeted dosage specifically tailored to the patient’s needs,” said Duke Rodriguez, CEO and president of Ultra Health.“Patients will also have the opportunity to purchase products containing only tetrahydrocannabinol (THC), products containing only cannabidiol, (CBD) as well as products with an equal THC and CBD ratio.”THC is the principal psychoactive component of marijuana – the part that makes users feel “stoned” – and CBD is the main non-psychoactive component.Established in 2010, Panaxia is part of a larger corporate group of pharmaceutical companies that have been active in the Israeli and global industry for 40 years. The company, Segal stressed, aims to adhere to the strictest protocols and bring the most advanced technology available to the production of cannabis- based products.Panaxia’s partner, Ultra Health, is a turnkey solutions provider for specialty healthcare in the cannabis industry, with operations and facilities in Arizona, New Mexico and Nevada. The company collaborates with a wide range of businesses and tribal nations to promote profitable, scalable and mutually beneficial cannabis-related development, the firm said.Because the US government includes cannabis in Schedule I of the Controlled Substances Act, federal law prohibits producing pharmaceuticals out of the plant on a nationwide scale, Segal told The Jerusalem Post on Thursday afternoon.“There are 29 states where cannabis is allowed,” he said. “But... federal law prohibits products that were manufactured in one state to be shipped to another state, even if those two states allow cannabis use.”As a result, there is no centrally located manufacturer that can produce pharmaceutical cannabis for the entire country, Segal continued. “Our solution to this is to establish small production facilities in each state.”After completing the construction of the New Mexico facility in only six months, the partners are now planning for their next one, likely in Nevada.Panaxia relies on distributed manufacturing, meaning that the base of its products are manufactured in Israel, requiring only the cannabis component to be added to the medications once they arrive at the New Mexico facility, according to Segal.“The advantage of this is we can build facilities relatively fast,” he said. “That’s something unique with our mode of operation.”
Sign up for the Health & Wellness newsletter >>