MDA: How to stay safe this bathing season

It is dangerous for a non-lifeguard to attempt to save someone who is at risk of drowning, but if there is no other option, use a float or other lifesaving device while doing so. 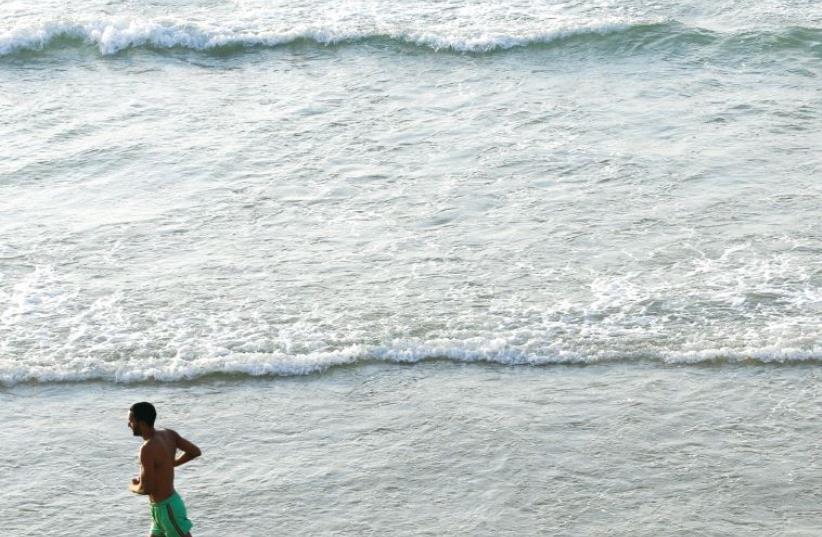 Beach
(photo credit: MARC ISRAEL SELLEM)
Advertisement
With bathing season upon us, Magen David Adom has issued its annual precautions to the public to prevent drowning accidents.Every year, MDA is notified of several cases of near-drowning or deaths by drowning.Just this week, the first-aid, ambulance and blood-supply organization was alerted when an octogenarian at the Sironit Beach in Netanya went under while swimming and was pulled out in serious condition.In 2016, MDA treated 320 bathers who were pulled out of the water. Of these, 57 died, 12 were evacuated in terminal condition to the hospital, 10 in serious condition, 27 in moderate condition and 14 with light injuries.MDA, which works in coordination with local authorities, has four-wheel-drive vehicles especially suited for the beach.MDA urged the public to only enter the water at recognized beaches that have lifeguards on duty. In the event of a drowning accident, call 101.Do not to enter the water when lifeguards are not on duty, and do not leave children unattended in or near the water even for a moment, officials warned.Children until the age of five are most at risk of drowning because their heads are large and heavy in proportion to their bodies, putting them more at risk for turning over face-down into the water. Small children can drown even in a few centimeters of water in the bathtub or a plastic wading pool, officials said.Inflated plastic lifesavers and the like worn by children while swimming tend to impart a false sense of security; they do not prevent drowning and children must always be supervised.Maintain eye contact with the lifeguard; if you can’t see him, he is unlikely to be able to see you.One of the main causes of drowning in the Mediterranean are whirlpools and other strong currents. These can be identified by a choppy sea and waters of different colors because of the drift of seaweed and sand.Any swimmer caught in a whirlpool tends to struggle against it, lose his strength and go under. MDA advised swimmers in such a situation to resist fighting and instead wait for the current to take him out to sea, where the tide will be weaker. Another option, for strong swimmers, is to swim at 90 degrees to the current until one escapes it and then to ride the waves back to shore.Do not enter the water when there are strong winds, particularly in the early afternoon. Such conditions often pull bathers out into the sea, especially in the Kinneret, MDA said.It is dangerous for a non-lifeguard to attempt to save someone who is at risk of drowning, but if there is no other option, use a float or other lifesaving device while doing so.Do not drink alcohol before entering the water. Never push someone under the water. Don’t dive in shallow waters. Do not run around the edge of a pool to avoid slipping. Always gate private pools to prevent children from wandering into the water without supervision.
Sign up for the Health & Wellness newsletter >>