Pet parrots may have caused four miscarriages in building

More tests are needed to be sure whether bacteria in the bird droppings were responsible for the tragedies. 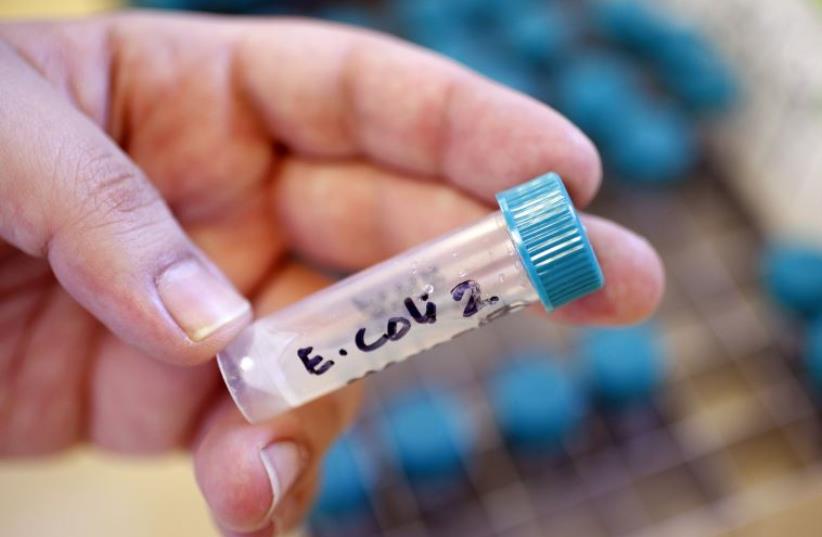 A sample bottle containing E. coli bacteria is seen at the Health Protection Agency in north London
(photo credit: REUTERS)
Advertisement
Pet parrots in an apartment building may be the cause of the recent miscarriages of four young women living in the northern town of Harish, the Health Ministry suggested on Sunday.However, more tests are needed to be sure whether bacteria in the bird droppings were responsible for the tragedies.Prof. Shmuel Rishpon, chief physician of the ministry’s Haifa district health office, reported to the ministry’s acting public health chief about the cases, which garnered media attention in recent weeks.The miscarriages occurred on January 13, February 3, February 8 and February 9 in women aged 27, 30, 31 and 34, all of whom live in the same apartment building. Ministry epidemiologists consulted with public health experts, toxicologists, pediatricians and teratologists (experts in external influences on the embryo and fetus) and took samples from the site.They considered the possibilities of air pollution from nearby coal facilities, bacteria or chemicals in the drinking water, listeria contamination in food they ate, or environmental exposure to some other toxic substance in the building. Three of the women were interviewed and the fourth refused.The ministry experts concluded that the drinking water, which is routinely tested once a month at three spots in Harish, was normal.Water tested in seven apartments in the building was also fine, except for in one apartment, where the pipes were in bad condition. No lead or cadmium was found in the drinking water in the pipes in public areas. The women had not eaten the same food. Two had consumed salmon purchased at different stores. No insecticides had been sprayed in the area in the weeks before the miscarriages.On the third floor, however, a cage containing parrots was found. Parrots can carry avian chlamydia (psittacosis), which can cause harm to a human pregnancy via direct contact or through the air.The investigation has not yet been concluded, said the ministry, as experts will test both the parrots and the women who miscarried for the presence of the bacteria.
Sign up for the Health & Wellness newsletter >>