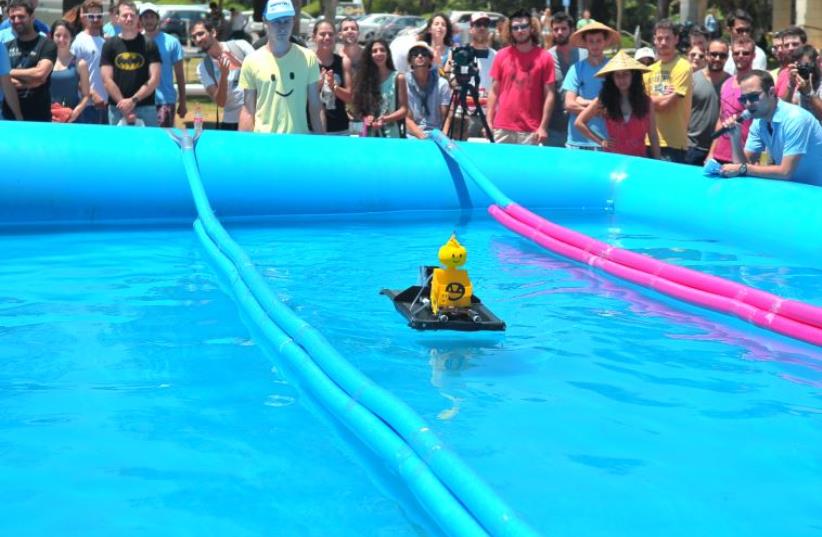 Technion's annual TechnoRosh competition‏
(photo credit: TECHNION)
Advertisement
Two teams of science students won the Technion-Israel Institute of Technology’s annual TechnoRosh competition for propelling home-made miniature boats across an artificial pool using only rubber bands this week.The requirement was to travel a minimum distance of eight meters, anchor the boat with magnets and then release a spray of water through a funnel across three meters.Twelve teams participated in the Wednesday finals of the competition, called Gumpool, placing their boats in a 72-sq.m. artificial body of water on the Haifa campus.The rules set down demanded a high level of planning and engineering abilities. “I am pleased by the creativity that they showed in planning and designing the boats,” said Ben Grutzky, who organized the contest for the student union. 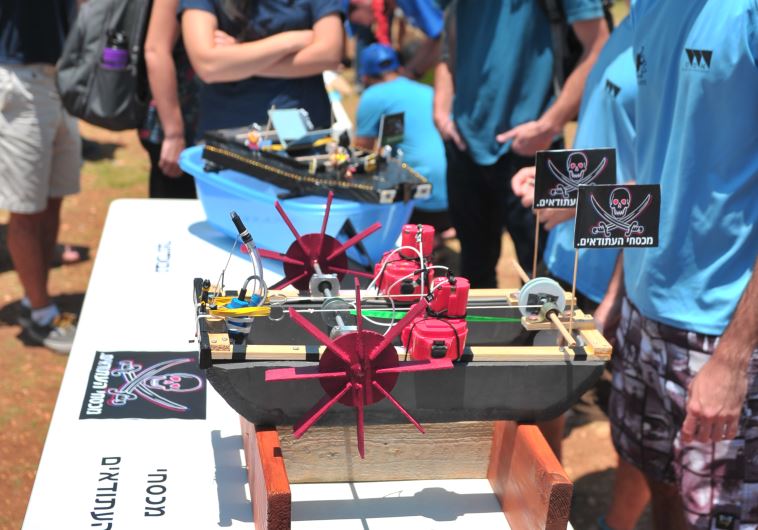 The skills were so impressive that after much thought, the judges decided to award the first prize to two of the teams, presenting each with a NIS 7,500 reward. One was the Smiley group of Marina Minkin of the computer sciences faculty, Vassily Vitshavski of the electrical engineering department, and Michael Pozavsky of the mechanical engineering department.“We worked with a windmill that pushes the water backwards, and according to Isaac Newton’s Third Law of Motion, the water pushes the boat,” said Pozavsky. “To reduce drag during the sailing, we built a mechanism that lowers into the water the pump that sprays water only at the end.”The second winning team included Hila Shmuel and Itai Mengel of the mathematics faculty who cracked the secret of speed for the boats. Shmuel, who is studying physics and mathematics as part of a program for excelling students, explained that their boat’s propeller sits directly on the rubber band to reduce friction, and its placing at the front of the boat causes it to rise and minimize friction with the water. 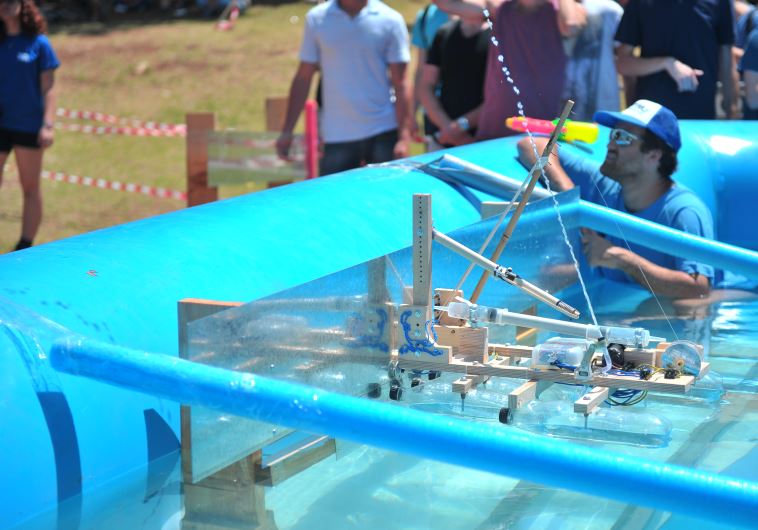 Another team that won lesser prizes used sewage pipes as floats on both sides of the boat and a big laser-cut red propeller attached to a white cup. The team meant it to release confetti, but it didn’t work in the end.Yet another boat was steered using a cellphone.The competition, in its 13th year, was established in memory of its innovator, Niv-Ya Dorban, a Technion graduate and IDF officer who was murdered by a thief in Tel Aviv. The prizes are donated by Dr. Robert Shillman, a hi-tech mogul who took courses at the Haifa institution and who said at the ceremony that the contest teaches students to plan for the unknown. 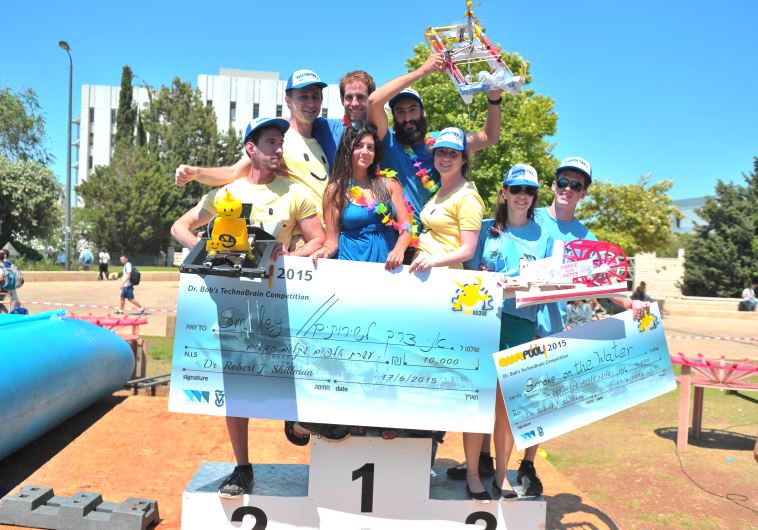