World Inflammatory Bowel Disease Awareness Month is held in May. 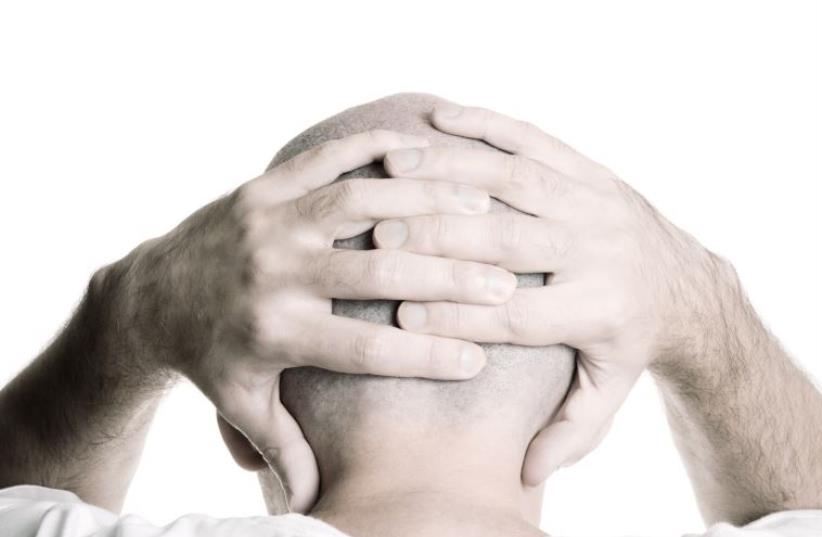 A patient deals with stress [Illustrative]
(photo credit: INGIMAGE)
Advertisement
Stressful psychological or economic conditions – and even divorce – can have harmful effects on patients with Crohn’s, a Ben-Gurion University study revealed.The research, performed at the School of Health Sciences and Soroka University Medical Center in Beersheba, was aimed at helping patients cope better with the chronic inflammatory bowel disease (IBD) and improve their quality of life.The gastroenterological condition was named after Dr. Burrill Crohn, who first described the disease in 1932 along with colleagues. It isn’t the same as ulcerative colitis, which is another type of IBD. The symptoms are similar, but the areas affected in the gastrointestinal tract are different.Crohn’s and other types of inflammatory bowel diseases cause weight loss, chronic diarrhea and stomach aches. In children, it can stunt growth.Hospitalization and surgery are often required, lowering the quality of life in patients.World Inflammatory Bowel Disease Awareness Month is held in May.The research at Soroka on 600 Crohn’s patients, most of them in their 30s, was carried out by Profs. Shmuel Odes, Vered Slonim-Nevo, Orly Sarid and others. Among their findings was that male patients are much more affected by financial problems than women with the same condition.In addition, divorce, dismissal from one’s job or a death in the family tend to worsen the conditions of Crohn’s patients, the researchers found. At the same time, the ability to talk to family members and get support from loved ones can ease the symptoms. Patients who have more close friends also generally feel better.The use of humor and viewing the chronic disorder in a “broad perspective” – as being only one aspect of life and not all-encompassing – also reduces patients’ suffering.Odes, who heads the inflammatory bowel unit at Soroka, concluded that the research has “important clinical implications on Crohn’s. Medications are not enough. Patients also need to be understood from their social, economic and family aspects.”Eyal Tzur, head of the Crohn’s and Colitis Patients’ Association, said new medications make it possible for them to cope better, but there is still a need for them to receive additional support.“This is what we try to do,” he said. “We have a new service by a medical psychologist who gives counseling, along with an adviser on dealings with the National Insurance. We also give grants to very poor patients and provide free legal advice on a hotline.”