This season is the period when snakes finish their hibernation and, with their saliva glands full of venom, bite unknowing victims. 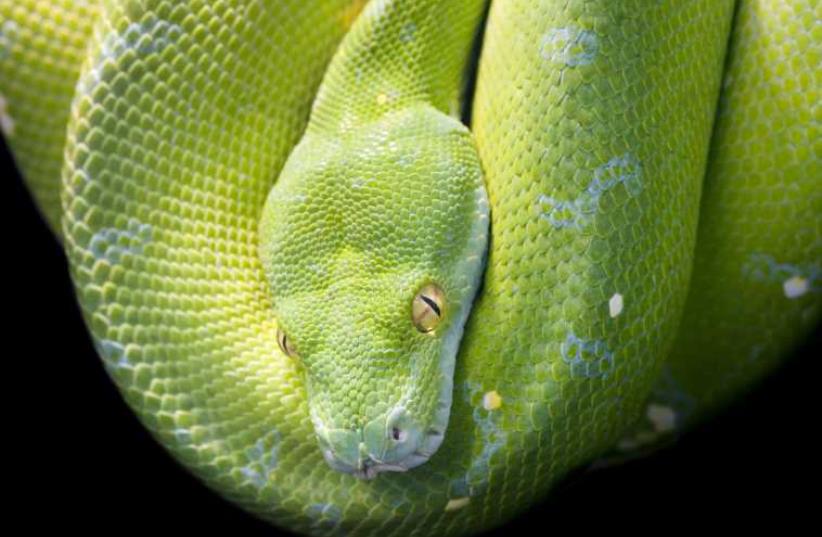 Green Tree Python (illustrative)
(photo credit: INGIMAGE)
Advertisement
The alternating of hot and cold weather has induced snakes around the country to leave their hiding places where they slept during the winter, according to Dr. Adi Klein, chief of pediatrics at Hillel Yaffe Medical Center in Hadera.This season is the period when snakes finish their hibernation and, with their saliva glands full of venom, bite unknowing victims, she said.Children and adults must keep their eyes open and be careful to avoid being bitten.Idan Cohen, a 13-year-old boy from Burgeta, a moshav near Hadera, was recently bitten by a snake while playing in his school’s yard. He was rushed to hospital where he had to be given an antidote. His leg was very swollen, and the venom spread quickly, endangering his bodily systems. He was hospitalized and treated.A senior orthopedist was consulted about whether surgery was needed on his leg, but fortunately his condition improved without an operation.“We are happy that the swelling has gone down, and he is improving. He can already stand on the injured foot.Klein stressed that snake bites at the end of the spring are the most dangerous because of the plethora of toxin, and even a young and small snake can cause serious damage. “Such a snake has not yet used its venom to hunt and kill its prey.”Never walk in tall grass or move rocks, as a snake may be hiding there. Wear high boots when you have to be in such surroundings.Snakebite symptoms include significant swelling, stomachaches, fever, a decline in blood pressure and instability in cardiac output. Not every snakebite victim needs an antidote, she added, but the patient has to be examined. “There is no need to bring the snake to the hospital for identification.Most snakebites are from the Vipera palaestinae, a species endemic to the area spanning western Syria, northwestern Jordan and northern and central Israel, and we know how to treat it."