Netafim acquired shares of the company that was its Central American distributor. 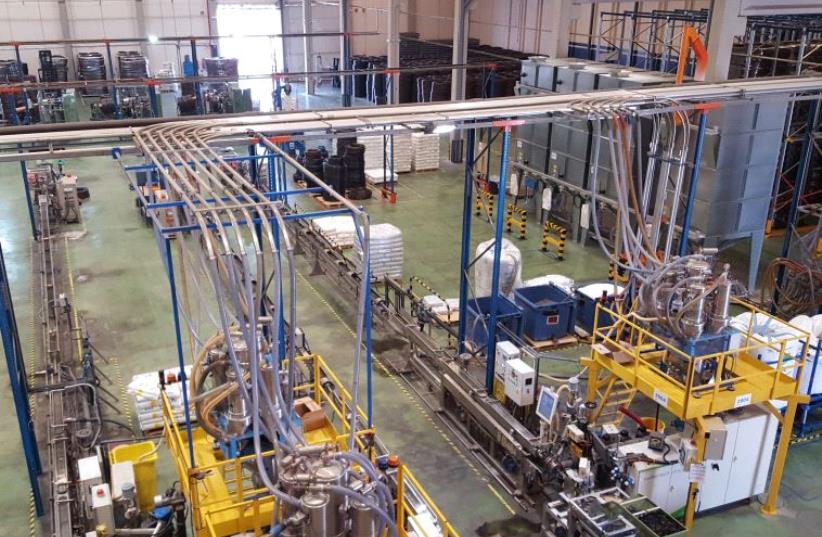 Netafim plant in Valencia, Spain
(photo credit: COURTESY NETAFIM)
Advertisement
In a move aimed at strengthening operations in Central America, Israeli micro-irrigation giant Netafim has acquired a 60% share of the Costa Rican firm Regulación y Manejo de Fluidos (R&M), the companies announced on Sunday.As a result of the acquisition, Netafim will be establishing a new subsidiary called “Netafim Central America,” joining the Tel Aviv-based company’s 28 existing subsidiaries around the world. By investing in local irrigation firm R&M, which has up until now served as Netafim’s distributor for Central America, the Israel company expressed hopes of strengthening its position as an industry leader in the region.Moving forward, one major focus of Netafim Central America’s activities will be on the world’s large-scale, key crops that are increasing in demand, the firm said. In addition, the company stressed the importance of helping local farmers grow more crops using fewer resources, thereby significantly increasing profitability.“The acquisition is part of Netafim’s growth strategy,” Netafim CEO Ran Maidan said.“Given the high growth potential of Central America, which is one of the world’s largest manufacturers of sugar cane, coffee, bananas and other crops in which Netafim specializes, and based on the proven track record of R&M, the deal opens the door to new opportunities in the area, and will allow us to leverage our technological capabilities while strengthening our position as a world leader in smart irrigation.”Founded in 1965 at Kibbutz Hatzerim, following an agreement with inventor with Simcha Glass, Netafim became the global pioneer in drip irrigation technology. Today, in addition to its now 29 subsidiaries, the company has 17 production facilities and 4,300 employees worldwide, with activities in 110 countries.Netafim has acquired a 60% portion of R&M, and will join existing shareholders Alberto Arguello and Carlos Enrique Gonzalez. R&M was founded by Arguello in 1989 and has about 100 employees in six countries: Costa Rica, Guatemala, El Salvador, Honduras, Nicaragua and Panama. The company specializes in irrigation projects, particularly focusing on sugar cane, pineapples, vegetables, coffee and bananas – the principle crops of Central America, according to the firms.“This transaction is another important milestone in the ongoing and productive collaboration with Netafim,” Arguello said. “For 50 years, Netafim has been dictating the highest standard of smart irrigation to the world. We are proud to join this company and be part of the success story in the future.”