Investable tech businesses: Providing a model for the world to follow - opinion

In the past year, the Jewish state has been host to numerous tech-savvy businesses that have dared to push the envelope – and are publicly traded on US financial markets.

Even as Israel has a land area roughly the size of New Jersey and an even smaller population, the nation’s capacity for innovation and disruption is legendary. Despite geopolitical challenges, Israel hasn’t just been first to adopt groundbreaking technologies – it has consistently invented and improved upon them.

In the past year, the Jewish state has been host to numerous tech-savvy businesses that have dared to push the envelope – and are publicly traded on US financial markets. Just a handful of the Israeli names that went public in 2021 include Lemonade (LMND), SentinelOne (S), ironSource (IS), and WalkMe (WKME).

While not currently investable in the US, another notable influencer is Israeli-based fintech company TipRanks. Founded in 2012 by Uri Gruenbaum and Gilad Gat, it provides a simplified stock research platform that makes alternative datasets accessible and visual for retail investors.

As TipRanks’ CEO, Gruenbaum’s enthusiasm for tech-enhanced, broadly accessible investment research is as strong as ever. With a passion for “leveling the playing field for retail investors,” he is “very excited to see so many Israeli companies being publicly traded on the NYSE and Nasdaq... and delighted that TipRanks can help investors who are keen to invest in Israeli tech by providing them with the same level of research tools available to the biggest asset managers, presented in a simplified and visual way.”

TipRanks’ online tools and resources are particularly well suited to ferreting out the most promising high-conviction names among the often confusing sea of investable assets. The platform analyzes finance-related news, corporate filings, analyst research and social media to empower retail investors with the same level and quality of information that’s usually only available to institutional-grade investors. 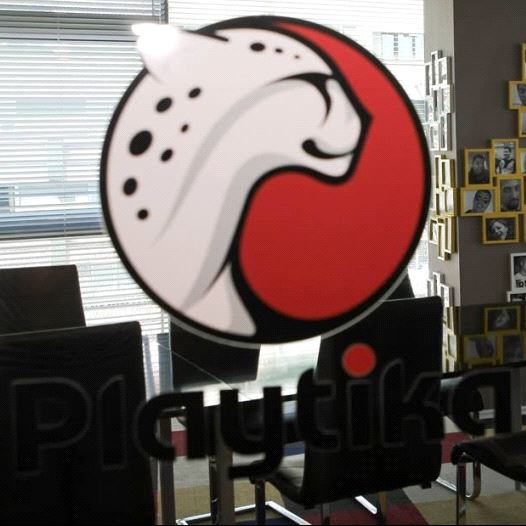 Among Israeli technology start-ups, for example, two particular names were identified through TipRanks’ deep-level research and analysis to be especially promising for investors – and they’re both available to US-based market participants as well.

One of them is Netanya-headquartered JFrog (NASDAQ: FROG), which was established in 2008 but went public on the NASDAQ in late 2020. JFrog’s platform helps businesses manage the deployment and versioning (i.e. updating) of software.

JFrog’s best-known innovation is a new category of software known as Continuous Software Release Management, or CSRM. Along with the proprietary JFrog Artifactory, business-critical software artifacts can be more efficiently edited, tracked and managed.

By the time of the company’s IPO, JFrog had roughly 5,800 customers, including all of the top ten tech operators as well as nine out of the ten top retail companies. Fast-forward to early 2022, and TipRanks’ research reveals that Wall Street’s analysts are largely optimistic on FROG stock, as they envision 65% potential upside from the January 6 share price.

Another heavily favored technology start-up is Playtika (NASDAQ: PLTK), which hails from Herzliya, Israel. Founded in 2010, it was among the first companies to offer free-to-play social games on social networks and on mobile platforms shortly thereafter.

Playtika went public on the NASDAQ exchange in the US in 2021 – and, believe it or not, it was the year’s biggest IPO at the time. The company owns nine of the top 100 highest-grossing mobile games in the US, including Slotomania, Bingo Blitz, World Series of Poker and Epic Jackpot.

All told, Playtika entertains more than 36 million monthly active users across the company’s portfolio of game titles. But the company isn’t only popular among gamers, as TipRanks discovered that PLTK stock earned a Strong Buy consensus rating among Wall Street analysts as of January 6, 2021.

Additionally, TipRanks’ research engine found that Playtika exhibited 75% bullish sentiment among bloggers (versus the 70% sector average) as well as increased hedge-fund activity, to the tune of 162,400 more PLTK shares purchased within the last quarter.

JFrog and Playtika are just two among many Israeli tech-focused businesses with excellent growth prospects. With the right research tools, investors can get in on the ground floor of some of the world’s most intriguing companies from a country with a rich history of thought leadership and technology advancement.