By JASON BLACKSHAW
Israel has only 2.6 policemen per 1,000 residents.
(photo credit: PEXELS)

Gate-crashing incidents at police checkpoints have become a serious problem in Israel. Within less than two months, there have been 12 such incidents, some cases in which the victims died.

On July 17, police Sgt. Maj. Barak Meshulam was killed when the checkpoint he was manning on Highway 6 was gate crashed.

On July 15 at the Gitai Avishar Junction in Samaria, a policeman was run over and injured when trying to arrest a suspected car thief. The suspect accelerated his speed, and the officer was run down.

On July 14 on Highway 1 at the Shoresh Junction, a policemen tried to arrest a suspect riding a motorcycle. The suspect increased speed and ran over the policeman, injuring him.

On July 6 in Jerusalem, a driver who did not have a driver’s license tried to flee from the policemen trying to arrest him and, in the process, injured one of them.

On July 2 at the Doar Junction in Judea, a suspected car thief injured three policemen while trying to evade capture.

And on June 23 at a checkpoint in Kfar Saba, a man suspected of driving without a license injured a policeman while trying to evade capture.

The police command is taking these incidents very seriously. Kobi Shabtai, the commissioner of the Israel Police, issued a directive that permitted police officers to open fire if they believed that a forceful attempt to drive through a police checkpoint was being made that was life threatening.

There are those who claim that the relatively small size of the police force in relation to what is expected of it is one of the reasons for such incidents. But is it?

The size of Israel’s police force

What is the overall strength of the police force in relation to the multiple challenges it faces in having to deal with crime, the internal security situation, and hostile encounters at the checkpoints?

According to figures published by the Israeli Ministry of Public Security, there are three police officers per 1,000 residents. But this figure is erroneous, as one-sixth of these officers are Border Police who are not policemen as such who perform police duties but soldiers performing military duties. This leaves us with 2.6 policemen per 1,000 residents.

How Israel compares to the EU

How does this figure compare with police forces in other countries?

EUROJUST, the European Union Agency for Criminal Justice Cooperation, conducted a survey on police forces in all 27 EU countries. The survey revealed that in relatively peaceful Finland and Sweden, there is one policemen per 1,000 residents. In 11 EU countries such as Holland and Denmark, the ratio ranges from two to three, while in 17 other EU countries, the ratio is between four and five policemen per 1,000 residents -- substantially higher than in Israel. But it should be noted that the police force in Israel has increased in number since 2009.

As one can see from the EUROJUST survey, 17 of the 27 EU countries have larger police forces than Israel. They do not have the same level of checkpoint incidents as in Israel; therefore, the greater number of these occurrences must be caused by other factors unrelated to the size of the police force.

Like all civilized countries, Israel has its own rules of engagement that define the circumstances in which a serviceman, either military or police, can open fire by using his own judgment. That is, when no direct order to fire has been given. 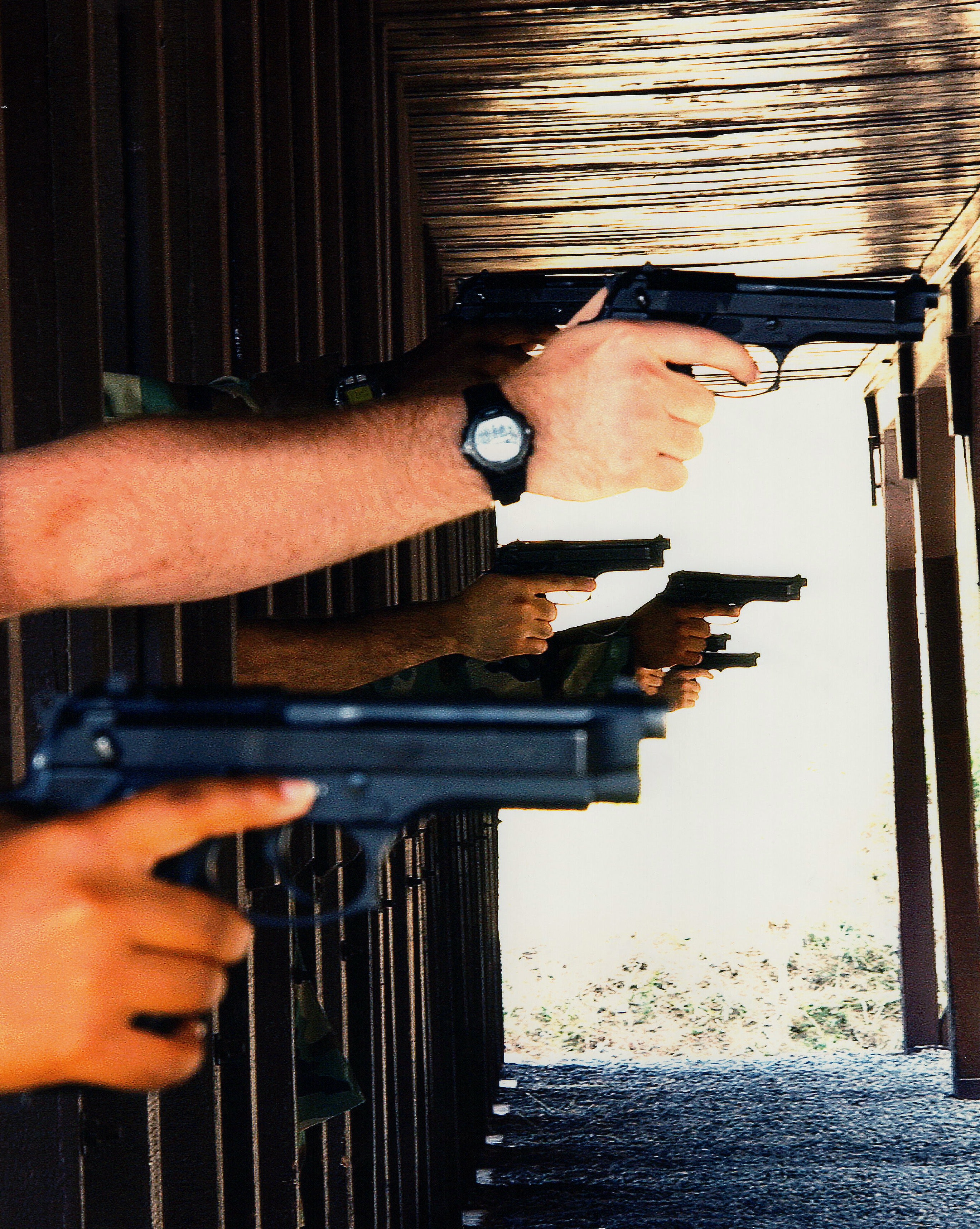 Unclear rules of engagement could be the reason for the high number of casualties. Credit: Pexels

However, many believe that the unclear rules of engagement given to the Israel Police Force is one of the reasons for the high number of officers killed or wounded when on checkpoint duty. There is no clarity as to under what circumstances they can open fire.

According to the police rules of engagement, which are also relevant for the volunteer auxiliaries the Civil Guard, there are three main situations that justify opening fire.

1. There is an immediate danger to the officers engaged or to the civilians they are protecting.

2. All alternative means were used to fulfill the above.

3. Prior warning was issued before opening fire.

Consequently, one can ask whether these instructions are clear enough, Do they afford policemen the necessary legal protection when they have to act quickly and decisively?

A novel form of road block

Ofer Caspi works for Mifram Ltd., one of Israel’s leading multidisciplinary firms that deal with civil engineering issues, including checkpoints and road blocks. He says that the type of vehicle barriers used by the Israel Police cannot prevent a vehicle from gate crashing a road block; they merely slow its momentum for a short distance.

However, he says, there is a new type of road block which, if used in Israel, could prevent fatalities and injuries, as well as act as a deterrent to prevent future occurrences.

The new road block, called MVB 3X, was developed by Mifram. Its implementation can significantly decrease the number of gate-crashing incidents at police checkpoints. Its advantages are manifold.

1. It is very easy to service and can be set up and removed by a single person.

2. It can prevent vehicles, including trucks of up to 7.5 tons, from forcefully entering a restricted area.

5. It is modular and easy to move around.

7. It can be used on metal roads or sandy, rocky, or gravel areas.

8. It is adapted to international standards.

The MVB 3X has been marketed around the world. At the 2020 Olympic Games in Tokyo, it was used extensively to restrict the entrance of motor vehicles when necessary.

Caspi stresses that is an impressive and effective piece of equipment which, if used by the police and military authorities in Israel, would allow our police officers and military personnel to return home safe and sound.

This article was written in cooperation with Mifram Ltd.