This article contains affiliate links to products selected by our editors. JPOST may receive a commission for purchases made through these links. Please note that we only recommend products that we believe are of high quality and that we think would be of value to our readers. We are not responsible for any errors or omissions in the content of this article, or for any loss or damage that may arise from the use of these products."

The Dell XPS Desktop 8950 is a powerful and expandable desktop PC, ready to tackle any task you throw at it. Whether you're a professional or an amateur, the Dell XPS Desktop is crafted to deliver the power you need in a sleek and adaptable form. Let's take a closer look at what this Desktop brings to the table.

I recently had the opportunity to try out the Dell XPS Desktop 8950 PC, and I was impressed by its power and features. I was looking for a desktop that could handle heavy computing tasks such as video and photo editing, without compromising on speed. After a bit of research, the XPS 8950 seemed like the perfect fit.

At first glance, the XPS 8950 is a sleek and modern machine. It comes in either black or a platinum silver finish, and features a plethora of USB ports and gigabit ethernet. The case also features plenty of room inside, allowing for expansion with up to four hard drives, two SSDs and a 750w power supply.

I tested the XPS 8950 in conjunction with a Dell Ultrasharp 27" 4K monitor. The PC performed admirably in benchmarking programs, scoring 10,776 on PC Mark 10 and 11,313 on 3D Mark Time Spy, placing it near the top of any performance chart. The machine also had no trouble handling intensive tasks such as video and photo editing, thanks to the ample processing power and storage.

Overall, the XPS 8950 is an excellent desktop PC and a great option for anyone looking for a powerful machine that won't break the bank. The XPS 8950 offers plenty of features and performance to make it worth its price tag, while still allowing for upgrades and expansion. 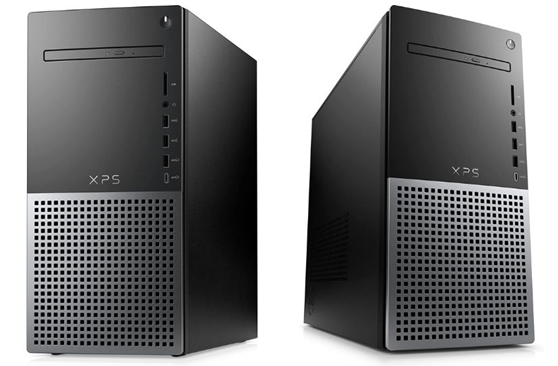 What Comes Standard in a Dell XPS Desktop?

Taking a Closer Look at the Dell XPS Desktop 8950 PC

The Dell XPS Desktop 8950 PC is made with a sleek, attractive design. Its platinum silver case has a gleaming finish that looks almost sculptural. On the front side of the case, you will find a USBC port, three USB 3.2 connections, a headset socket, and an SD card slot. On the back of the case are four USB 3.2 ports, one USBC port, Gigabit Ethernet, audio outputs, and displayport connectors. The large power switch and power plug are located at the bottom of the case. Inside the case, there is plenty of space and connections for up to four hard drives and two SSDs. The motherboard also has an open M.2 SSD slot. To keep the system cool and running smoothly, it features a water cooler and larger fans that work quietly. Overall, the design of the case not only looks great but also provides plenty of space for additional components. Get theDell 2022 XPS 8950 Desktop on amazon 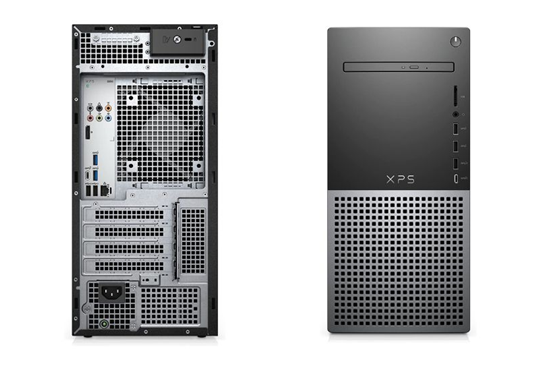 With the Dell XPS Desktop 8950, users can easily expand their computing power as the product offers extensive connectivity options. It features four hard drive ports, two SSDs, and a 750W power supply to handle any task. Furthermore, two 3.5 inch drive bays and a motherboard with an open M2 SSD slot makes it easy to add additional storage space. Additionally, if the need arises, its four memory slots allow the user to expand memory up to 128 gigabytes. Thus, users can easily maximize their computing experience with the Dell XPS Desktop 8950.

The Dell XPS 8950 desktop is a powerful machine with plenty of power, space and connectivity for users to take advantage of. The review model included a 12th generation Intel i5-12600k processor, 16GB of RAM, a 512GB SSD and 2TB HD, and an Nvidia RTX 3060t GPU. The processor was tested to be more than capable of handling almost anything, including heavy computing jobs. The benchmarking program PC Mark 10 and 3D Mark scored the 8950 10776 and 11313 respectively, indicating impressive performance. With plenty of memory slots, the 8950 can be upgraded to up to 128GB of RAM, and with space for up to four hard drives and one M.2 SSD slot, it can be easily expanded. With the XPS 8950, users get an impressive amount of performance and power in a desktop package. Get theDell 2022 XPS 8950 Desktop on amazon 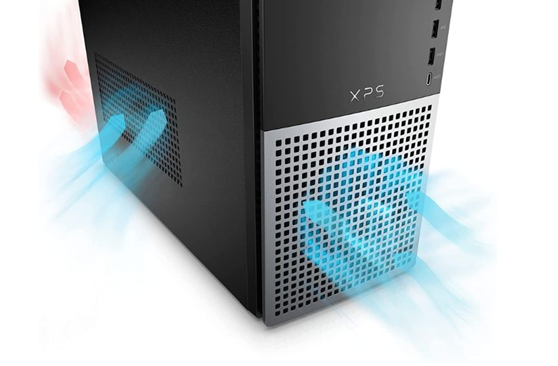 What Ports and Connectivity Options Does the Dell XPS Desktop 8950 Offer?

The Dell XPS Desktop 8950 offers users a range of ports and connectivity options to suit their needs. On the front of the device, users will find a USB-C port, three USB 3.2 connections, a headset socket, and an SD card slot. On the back of the device, the Dell XPS Desktop 8950 offers four USB 3.2 ports, one USB-C port, gigabit Ethernet, audio outputs, three DisplayPort connectors, and one HDMI 2.0 connector. Furthermore, the device offers ample space inside the casing to add extra hard drives or better networking, with ports on the motherboard for up to four hard drives. With these connectivity options, users can easily connect and expand their external equipment.

The Dell XPS 8950 Desktop PC and the XPS 15 Laptop are two great machines that offer different benefits. The desktop offers the capability to expand, with ports on the motherboard for up to four hard drives, and space for two SSDs and a 750W power supply. The laptop offers the convenience of mobility and portability, with the same powerful processor and storage capacity. As far as performance, both offer similar capabilities with PC Mark 10 office benchmark and 3D Mark Time Spy results, both being able to handle heavy-duty tasks with ease. Ultimately, if portability is not a major concern, the Dell XPS 8950 Desktop is an excellent option for those who need powerful computing power at a great value. Get theDell 2022 XPS 8950 Desktop on amazon

The Dell XPS Desktop 8950 is an extremely powerful desktop computer that offers similar performance to a gaming laptop for a much more affordable price. It is well designed and has plenty of connectivity options, making it suitable for both home and business use. It also has plenty of space to expand with up to four hard drives and additional storage, making it a great choice for creative professionals. With plenty of storage and speedy performance, the XPS Desktop 8950 is certainly worth considering as an alternative to a more expensive laptop.

This article was written in cooperation with SmartWebReviews