Life-saving Israeli technology in the face of terror 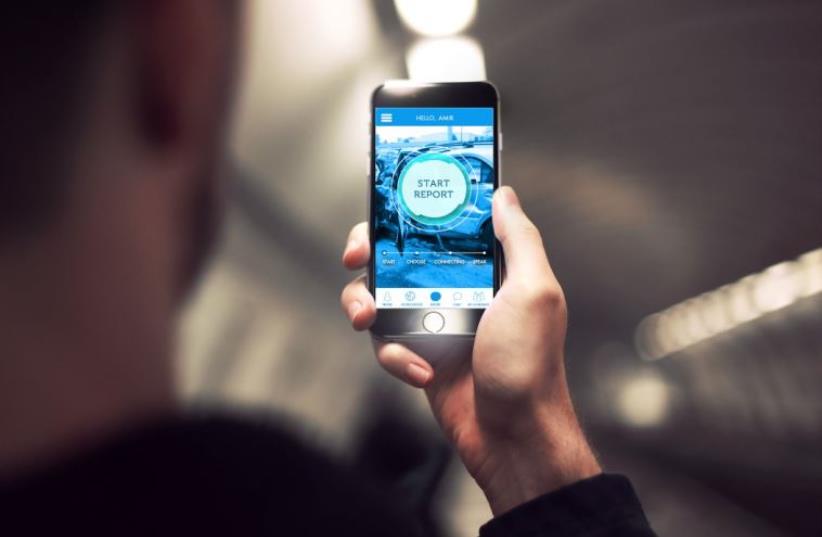 Reporty Homeland Security
(photo credit: Courtesy)
Advertisement
Technology created by various innovators in the "Startup Nation" could save lives in the face of the continuing wave of violence that has seen regular pop-up terror attacks against Israelis over the past three weeks.The current security situation has impacted Israeli startups providing security technology that can be used to respond to acts of terrorism. While those in the sector agree that the past few weeks’ upsurge in stabbings, car-rammings and rock-throwing attacks is unfortunate, they underline that their apps are designed to provide quicker and more thorough reports of emergency situations. Amir Elichai, CEO and founder of Reporty Homeland Security, told The Jerusalem Post that the current security situation has promoted his startup to change its business model and expedite its launch in two weeks. The Reporty system seeks to create a “global standard of reporting” by providing emergency dispatchers all needed information within a few seconds.With one click, Reporty’s platform allows users to transmit live video and audio recordings from the scene of the emergency to emergency response personnel. The app allows dispatchers to detect location accuracy - indoors and outdoors - up to meter from the signal. The startup has already partnered with Magen David Adom and is seeking possible future collaboration with the military. Elichai notes that former prime minister and defense minister Ehud Barak, who invested in the startup, provides valuable input especially from his experience in the security industry. “We're changing the way people interact with authorities and first responders in emergency events,” Elichai says. “It can really save lives.”He adds that Reporty’s technology eliminates the need to speak with dispatchers, making it useful for the likes of tourists in the Holy Land who do not necessarily know the emergency 100 hotline (Israel’s equivalent to 911) and are not familiar with Hebrew. While Reporty’s technology is pertinent during and following an emergency, Elichai notes that he does not see any specific technology that can preeminently deter the current generation of wide-spread, lone-wolf attacks. The best solution lies in innovations that engage the public as attacks “can come from every corner,” he says noting the car ramming and stabbing attack in the capital carried out by an east Jerusalem employee of Israeli telecommunications giant Bezeq. “These kinds of terror attacks are pretty different compared to the past,” he said. There is no technology that can face this kind of phenomenon of people who wake up in the morning and decide to attack Israelis; they’re not talking on the phone they’re not part of any organization."
Musketeer, Help anywhere, anytime
"Unfortunately this situation helps companies like ours, however we want it to calm down, it’s crazy and unnecessary,” he stressed. Meanwhile, the social safety company Musketeer has seen about a 20 to 30 percent growth in subscribers in recent weeks, says the company’s marketing manager Nathalie Beaudoin.Musketeer, which already has tens of thousands of members, provides “safety net” capabilities to alert a peer-to-peer network of responders along with professional emergency teams. “When, God forbid, something should happen you want to get in contact with people who around you. You may call the police, but it could take them 20 minutes to get there,” says Beaudoin. “If there is a situation where rocks are being thrown at your car or you are being stabbed you want to be able to contact people closest to you, and that’s what the application does.” 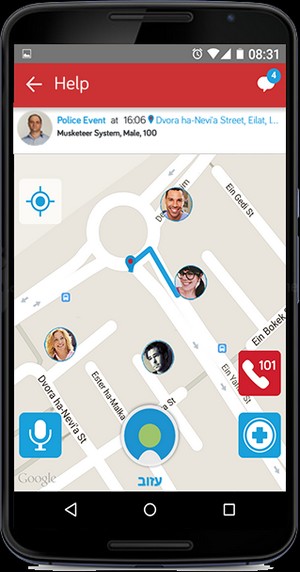 The company’s platform allows users to alert one or all three circles of emergency contacts: a select list of help contacts, local emergency services and all Musketeer members within a one kilometer radius.The current Musketeer technology automatically taps GPS to transmit the user’s location and personal details to Magen David Adom, and plans are in the works for the same mechanism to work with police and firefighters. The solution also enables members to attach a video, photograph or voice message to their distress alert. “There’s no city in Israel today that doesn’t have Musketeers,” Beaudoin states. Although the technology has yet to be used for a terrorist incident, it has been successfully utilized in medical emergency situations. In light of the so-far pervading uptick of terrorism, Beaudoin asserts that "unfortunately this is the reality we're dealing with, and not just our app but all [similar] apps are really important.”