Working and working out

Instead of sitting on a computer chair all day, set aside some time for exercise. 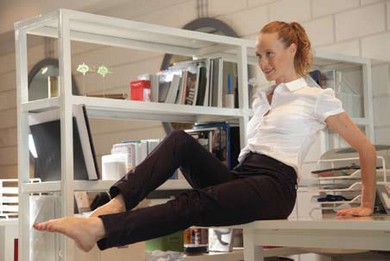 Exercising in the office (Yossi Aloni)She says that people who say they don’t have time are just making excuses. If they really wanted to exercise, they would find the time because time is a matter of priorities.There are many exercises to help keep the body fit, and each individual should choose doing what he or she enjoys most, such as swimming, jogging, weight training, zumba or aerobics.Exercising should be an enjoyable and rewarding experience. If it is, people will want to continue. If it isn’t, they won’t.