Christian leader: We can make a change for Israel by doing our homework

Founder of European Coalition for Israel says praying for Jewish state is only the beginning. 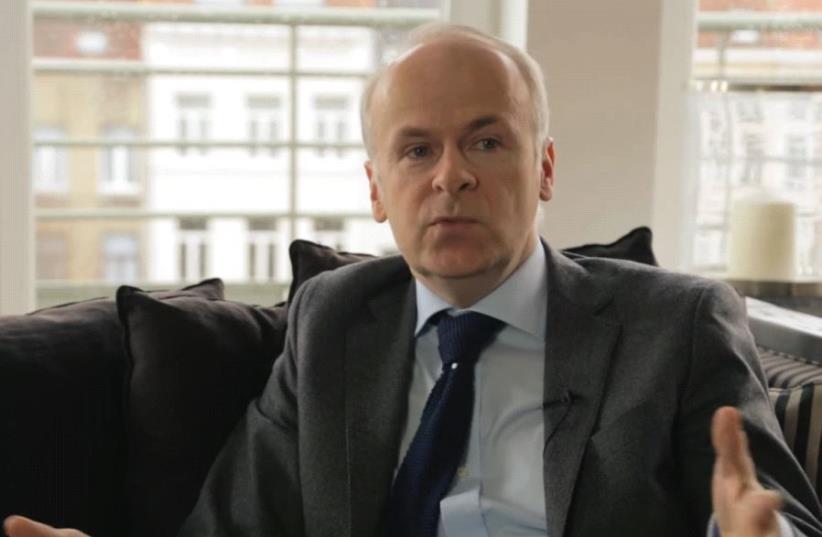 Tomas Sandell
(photo credit: SCREENSHOT/ECI)
Advertisement
The Christian world needs to take a bold stand for the Jewish people and State of Israel, not only by praying, but by taking action to change the reality, the leader of a European Christian grassroots movement said.“When we do our homework, when we know the history, when we know the arguments, people will listen to us and we can make a difference,” Tomas Sandell, the founding director of European Coalition for Israel told The Jerusalem Post. “This is something that we have proven.”ECI, which has a motto of “Pray. Educate. Advocate,” was founded in Brussels in 2003, and its main goals include promoting closer relations and understanding between Israel and the EU, confronting antisemitism in Europe and supporting Israel’s right to exist as a Jewish state.Sandell’s best example of how doing one’s homework can change the narrative came in 2010. Seven years ago, he and his team discovered that some of the most important legal arguments for the State of Israel date back to the San Remo Conference in April 1920, a post-World War I meeting of the Allied powers, which defined the Middle East of today.“The narrative in Europe is still this: the Jews came from somewhere, and stole the land, and invaded this country ‘Palestine,’ and took it away from them, and that’s why we have all these problems,” Sandell said.But according to international law, he said, the right of the Jewish people to recreate a state in their ancestral homeland has been confirmed once and for all by the San Remo resolutions by accepting the language of the Balfour Declaration, which was “in favor of the establishment in Palestine of a national home for the Jewish people.”By confirming this, it was also the basis for the 3,000-year period that connected a people with its land – culturally, religiously and politically.“Unless you get the foundation right, the historical truths, the legal arguments, you will always end up on the wrong side,” he said.The European group went to San Remo, Italy, on the 90th anniversary of the conference, working to bring to the world’s attention what exactly happened there.“This was a game changer for the work that we do, because it appeared for some reason that no one had really paid attention to this, not even the Israeli government,” he said. “This was something that really sent out a powerful message.”ECI made a 15-minute documentary on the importance of the conference (), and they took their case to parliaments around the world, as well as to the UN Security Council.“At no point in time did anyone contradict what we were saying,” Sandell said. “In the European Parliament, for example, even the Palestinian representative didn’t contradict us.” ECI is a small organization that operates on a tight budget. But it is hardly relevant to its work, Sandell said.“The Lord can give victory through many just as He can through a few,” he said. “It’s not just about dancing around in circles and waving a flag. We can only make a difference when we engage, when we dare to go into the lion’s den.”A full profile on Mr. Sandell and the European Coalition for Israel will appear in the May issue of ‘The Jerusalem Post - Christian Edition.’  sign up to our newsletter