Ecumenical group ‘blind to facts’ in support of ‘Palestine’

A report published by the Gatestone Institute reveals weaknesses of Iona community's backing of BDS movement. 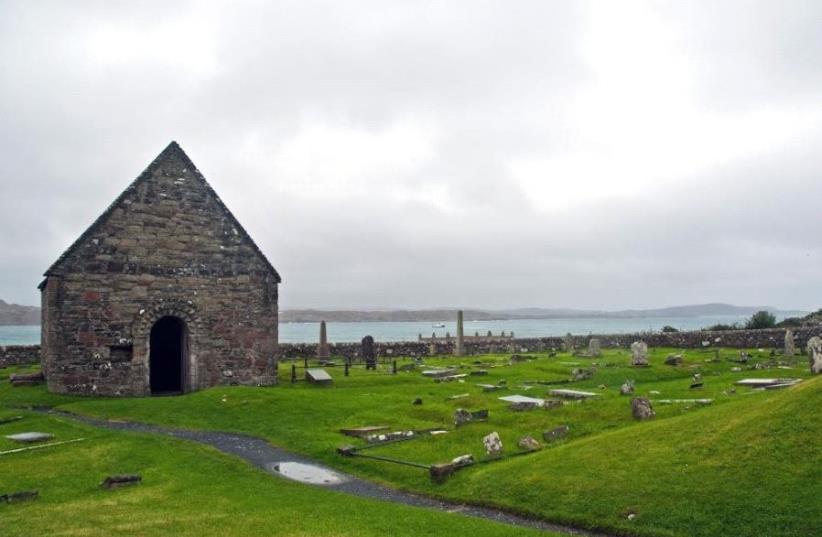 A chapel in Iona, Scotland
(photo credit: Wikimedia Commons)
Advertisement
The ecumenical Iona Community’s support for a Palestinian state and BDS distorts the truth horribly, a British analyst and writer wrote. “When will the Iona Community come to terms with its far-left bias, its antisemitism, its own reputation, and the harm it is doing to any real hope in the Holy Land for peace?” Denis MacEoin wrote in the report “Is Iona Community sabotaging itself by embracing Kairos?” published by the Gatestone Institute on Thursday. Iona, which was founded in the 1930s in Scotland, is a Christian ecumenical community “working for peace and social justice, rebuilding of community and the renewal of worship,” its website reads. In December, Iona published a statement saying it endorsed the Kairos Palestine document and the group’s support of the anti-Israel Boycott, Divestment, Sanctions movement. Its position statement challenged Christian Zionism as “a distortion of the Christian faith, in its abuse of scripture to oppress Palestinian people.”The Kairos Palestine document, which was launched in Bethlehem in 2009, is a “word of faith, hope, and love from the heart of Palestinian suffering,” according to its full title, yet it has been criticized as a document that is blatantly antisemitic and completely avoiding the Israeli narrative of the Mideast conflict. MacEoin, a distinguished senior fellow at the Gatestone Institute specializing in the Islamic world, the Middle East and Israel, said the community’s renewed response to Israel and the Palestinians has come about from a naivety of what the Middle East is actually like.“There is a role for idealists in limited situations,” he wrote. “But problems arise when such do-gooders do not properly understand what lies behind mutual hatred, enduring antagonism between people, and conflicts in the name of one cause or another. And here, the Iona Community falls down spectacularly.”Their position statement mentioned the “historic Palestine,” but never mentioned the Kingdom of Judah or Judea and Samaria, as the territory is called in the Bible.“There never was a ‘historic Palestine,’ and it is disturbing to find a Christian community buying into the modern Islamic narrative,” MacEoin said. Regarding Iona’s claims to the Palestinians having peaceful intifadas, the lack of recognizing any Jewish rights to the land and its acceptance of the Kairos document’s adherence to Islamic law that territory once conquered by Muslims becomes sacred and can never be forfeited to “infidels,” MacEoin said Iona is completely ignoring the truth.“Is the Iona Community blind to facts? To claim to be a community dedicated to peace while upholding a document that praises violence is not what Iona should want to be known for.”The community attracts pilgrims worldwide to come visit its headquarters in Scotland’s western archipelago, and it has invited members and guests to come visit for a conference on the Middle East conflict during the last week of May and the first week of June.Iona has failed, however, to realize that the only country in the Middle East in which the Christian population has been growing is Israel.“Why, then, does the Iona Community join forces, not with the people who support Christians but with Palestinian Muslims who seek to destroy Israel and who will, in due course, treat the Christians as badly as they are treated in other Arab Muslim states?" MacEoin wrote.
Sign up for our Christian World newsletter >>