Film exposing lies of BDS to premiere in Jerusalem

The 80-minute film will have a limited theatrical release in the fall, and there will be a one-hour version for screenings and broadcast. 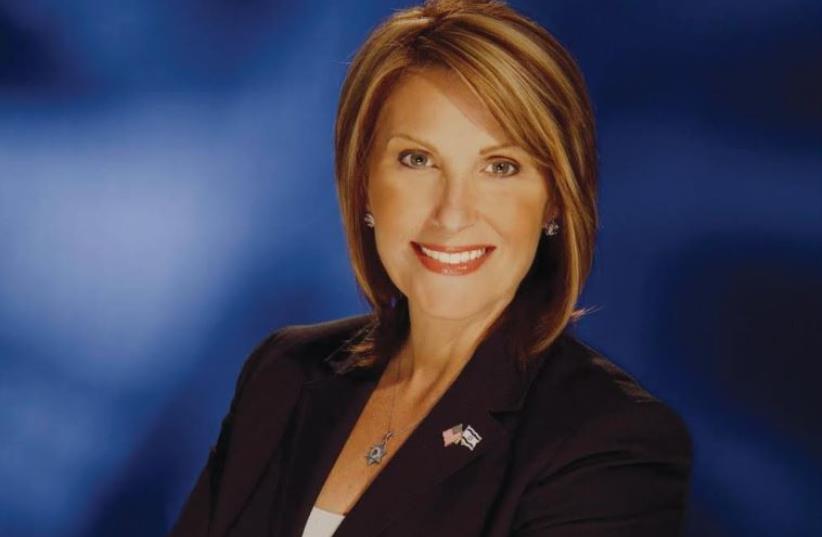 Laurie Cardoza-Moore
(photo credit: FACEBOOK)
Advertisement
Christians standing by as the world attacks Israel risk sharing the same fortune as the Edomites in the Book of Obadiah, a leading Christian Zionist filmmaker says.“My message to the Christians is if you stand by and you do nothing in your lifetime when you see what is happening to Israel and you see the rise of anti-Semitism, will you share the same fate as the Edomites?” Laurie Cardoza-Moore, founder and president of Proclaiming Justice to The Nations, told The Jerusalem Post - Christian Edition.To help members of the faith understand just how vicious, deceptive and anti-Semitic the boycott-Israel movement really is, Cardoza-Moore has just finished her fourth pro-Israel documentary, Hating Israel: In Search of the Truth Behind BDS, which will have its global premiere in Jerusalem’s Cinematheque on June 8.In the “docu-tainment,” conservative Christian comedian Brad Stine travels around Israel and the rest of the world speaking to those on the front lines of war being waged by the anti-Israel Boycott, Divest and Sanctions movement: from Palestinians working in Israeli companies in Judea and Samaria, to students on American college campuses and to Israeli rescue teams such as ISRAID, speaking to a wide array of leading figures who help make sense of this anti-Jewish crusade. The conclusion is straightforward, the filmmaker says. Stine can’t help but highlight Israeli innovations and philanthropic projects that have positively impacted the lives of millions of people around the world, including Arab citizens of Israel and Palestinians.“The goal is to present a narrative to show that the Jewish people are not a people who have hatred in their DNA,” Cardoza-Moore says. “These are a people who are constantly creating to make the world a better place, to actually fulfill what is says in the Scriptures, that they would be a light to the nations. And to present that story to Christians.”The 80-minute film will have a limited theatrical release in the fall, and there will be a one-hour version for screenings and broadcast.Cardoza-Moore says the goal is to take the documentary to churches, synagogues, university and college campuses and community centers, and to encourage people to spread the word about the truth behind the BDS movement.The PTJN website will allow groups to register for a screening, with a Q&A session afterwards to engage the audience and to help them understand this narrative so it can communicate it back to their family and friends, and to encourage them to pass on the message.
sign up to our newsletter