The Layman is the publication for the Presbyterian Lay Committee, an advocacy group supporting conservative positions in the denomination. 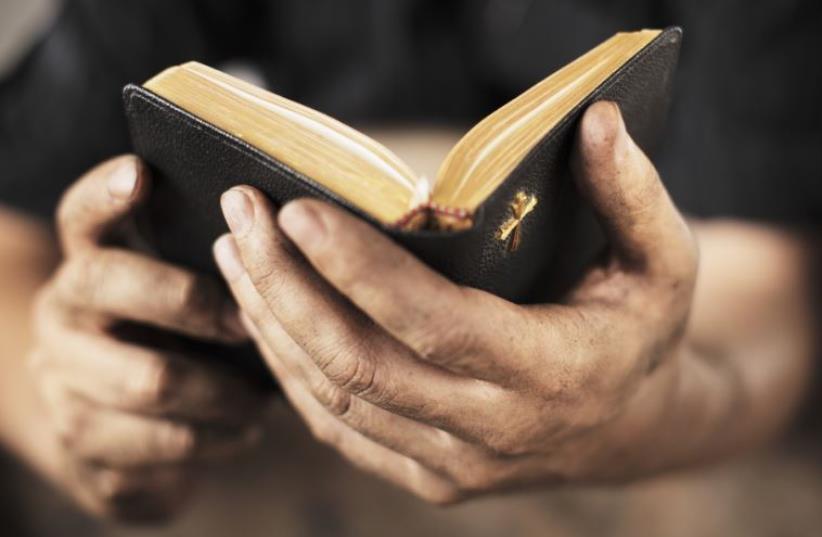 Man holding a bible
(photo credit: INGIMAGE)
Advertisement
The Presbyterian Church USA is expected to lose more than 400,000 members in the next half-a-decade, an internal church document predicted.The Layman website reported on last week’s meeting of the PCUSA’s Office of the General Assembly and Presbyterian Mission Agency Board Executive Committee saying they expected major losses in both funds and members over the next couple years.Carmen Fowler LaBerge, president of the Presbyterian Lay Committee, said that even with a slight reduction of operational expenses, the decline in members is too sharp to keep up Church activities as they stand now.“Even with a three percent reduction of expenses and a three percent raise in per capita [amount of money congregations pay per member to the presbytery, synod and General Assembly], year over year losses of more than 90,000 members per year is institutionally unsustainable,” she said. “To put it into perspective, that’s the equivalent of closing an average of 1,000 PCUSA churches a year.”The Layman is the publication for the Presbyterian Lay Committee, an advocacy group supporting conservative positions in the denomination.The meeting also showed that the Committee on the Office of the General Assembly is predicting membership losses of 100,000 for both 2015 and 2016. Membership losses for 2017-2020 are projected to be 75,000 each year.LaBerge told the news site The Christian Post that while these are only projections, the current direction of the church is showing that these predictions will likely be fulfilled.“They are in line with the trend of the past 10 years and there is no reason to think that the trend will reverse itself,” she said.In 1984, with the merger of the Presbyterian Church in the United States and United Presbyterian Church in the USA, the newly formed PCUSA had more than three million members. The last count, undertaken by The Layman for the year 2014, showed that there were only 1,667,767 members.Churches and members within Presbyterian Church USA have stood out for their anti-Israel stance. The Church has taken an active part in expressing their disapproval of Israel’s actions in Judea and Samaria. Beginning in 2004, the Church adopted a policy of “phased, selective divestment” from certain American corporations operating in Israel. That policy was later switched in 2006 to use divestment as a last resort.In 2014, PCUSA and the United Church of Christ passed resolutions to boycott and divest from companies they decided were “complicit” in the Jewish states alleged misdeeds against Palestinians.The PCUSA meeting heard only BDS representatives accusing Israel of holding Palestinians under “biblical scale enslavement” and poisoning Palestinian livestock.Presbyterians for Middle East Peace released the book “Two States for Two Peoples” last week in an effort to persuade the Presbyterian Church USA to keep its support for the two-state solution and not to heed to the calls of BDS activists.
sign up to our newsletter