Sanctifying God in the Rhineland massacres

Bishops tried to save Jews in Crusader pogroms, but Papal soldiers overpowered them 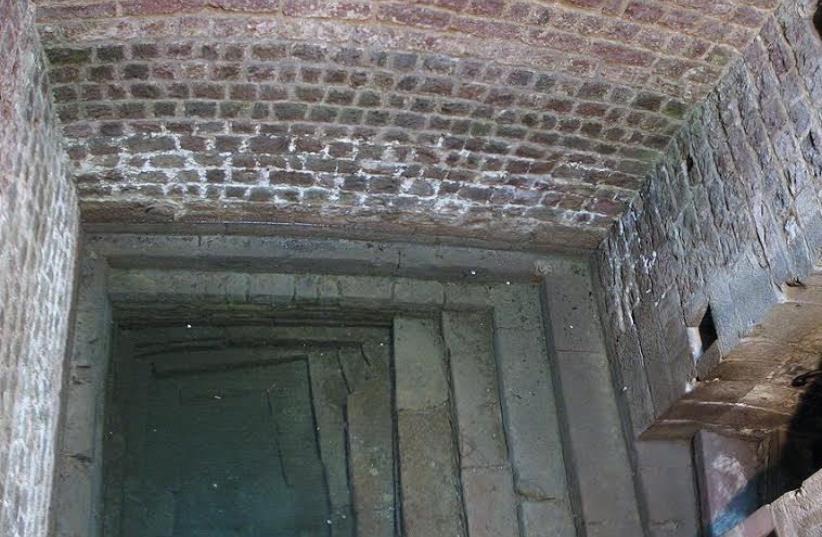 Pool of the medieval mikveh in Speyer, dating back to 1128
(photo credit: Wikimedia Commons)
Advertisement
On May 18, 1096, followers of German Crusader leader Count Emicho of Leiningen arrived in Worms, beginning a massacre that would end days later with the murder of 800 Jews.The massacre in the Upper-Rhine city was part of a series of massacres the Crusaders carried out in France and the Rhineland during the First Crusade. Count Emicho’s 10,000 men’s quest in Germany began in Speyer, but they only managed to killed 11 or 12 Jews in the city, according to differing accounts.Local bishops sheltered and protected the Jews, acceding to the request of German King Holy Roman Emperor Henry IV, who had discovered Emicho’s evil intentions.Speyer’s clerics succeeded where their counterparts in Worms, and later in Mainz, where 1,000 Jews were killed, would not.In Worms, upon the Crusaders’ arrival, a rumor spread that the local Jewish population poisoned the wells, and residents quickly joined the Papal soldiers’ cause. Emicho and his new recruits quickly spread through the town murdering every Jew who came in their sight.Bishop Adalbert, the bishopric of Worms, managed to provide safety for many Jews in his palace, but eight days later, the Crusaders and the local mob besieged his castle and murdered them all. In addition to the 800 who were massacred, some committed suicide and others were forcibly baptized, though they continued to practice Judaism in hiding. The events in Mainz later in the month were largely the same. The local residents practically invited the Crusader army into their town, and its overpowering force broke through the protection that the bishop was offering the Jewish residents. More than 1,000 Jews were massacred. All together, around 5,000 Jews were massacred in France and the Rhineland in the spring and summer of 1096. American historian Arno J. Meyer wrote in “Why Did the Heavens Not Darken?: The Final Solution in History” that the attacks on Jews “set a disastrous precedent, depositing a fatal poison in the European psyche and imagination.”This poison remained potent a millennium later with the climax of all evils that hit the Jews of Europe – the Holocaust – until 1948 with the establishment of the State of Israel, allowing all Jews to freely return to their ancient homeland. The prayer “Av Harachamim,” Merciful Father, was written shortly after the massacres, and has become a mainstay prayer in the Sabbath services for Jewish communities that hail from Europe. It also serves as a general prayer to remember all those who perished defending the name of God.In the prayer, the author describes the holy communities, who laid down their lives for the sanctification of God’s name, and asking Him to redress the spilled blood of His servants.The prayer ends with the following quote from Psalms: “He will punish the nations and fill their lands with corpses; he will shatter heads over the whole earth. But he himself will be refreshed from brooks along the way. He will be victorious.” (Psalms 110: 6-7) To learn more about Jewish-Christian relations check us out at @christian_jpost, on Facebook.com/jpostchristianworld/ and see the best of the Holy Land in The Jerusalem Post - Christian Edition monthly magazine.
sign up to our newsletter