More than amazing landscape, pilgrims to the desert stream can see the Holy Land’s first monastery. 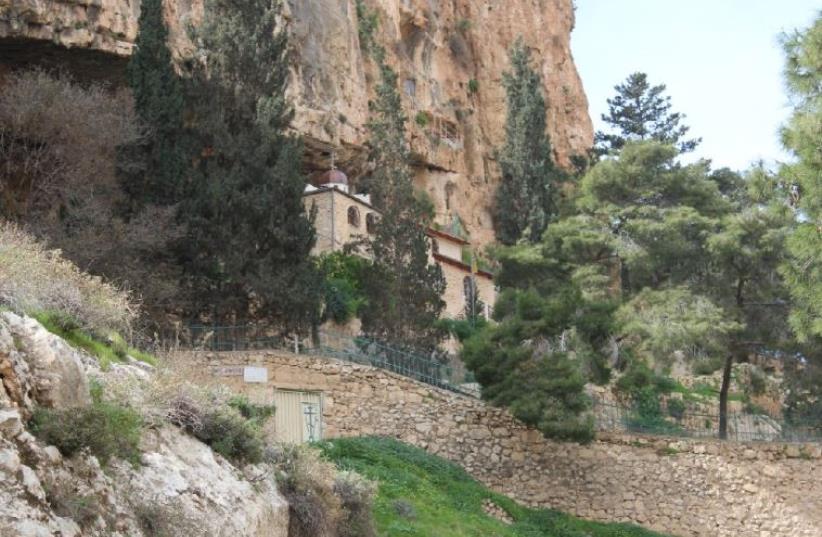 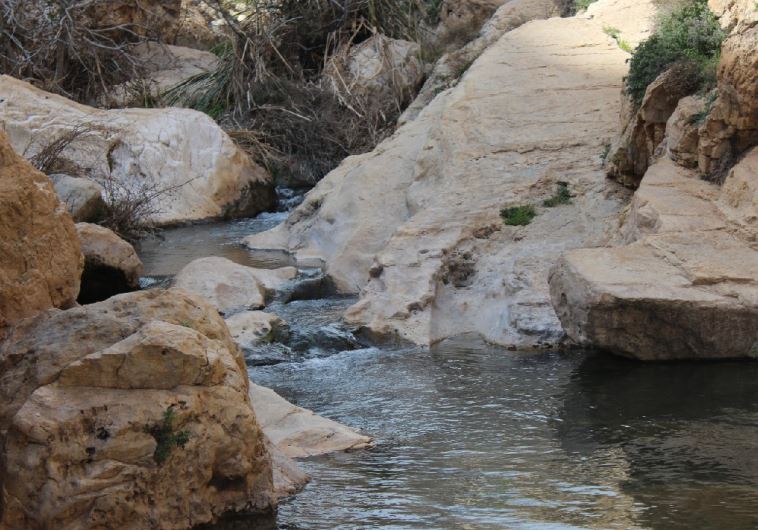 According to Christian tradition, in the early fourth century CE, on a pilgrimage to the Jordan River, a monk named St. Chariton was kidnapped by bandits and held in a cave near Prat Stream. With no chance of a rescue, Chariton, already known as a miracle-worker, knew he needed help from above if he would be able to escape. And so, a snake slithered into the cave, spitting poison into the outlaws’ jugs of wine, and moments after toasting their success, the lot fell dead and the monk was able to set himself free.
Seeing the miracle right before his eyes, the pilgrim from Iconium (Konya, Anatolia, Turkey) decided to use the masses of gold and riches stockpiled in the cave to not only continue in his work to sanctify God, but to build monasteries and start living his life as a hermit. In 330 CE, adjacent to the cave, Chariton built the first laura in Israel, a monastery consisting of a group of cells for monks who met together for meals and worship. After the Faran Monastery, also known as Chariton Monastery, grew larger and larger, the saint preferred to live a quieter life and he would go on to build another two monasteries in the region, one northeast of Jericho and the other southeast of Bethlehem. Entrance to the Ein Prat Nature Reserve is through Almon (Anataot), a settlement situated in the area believed to be where God communicates with Jeremiah in the first verse of the book of the prophet’s messages to Israel. The drive down to the stream is long and winding, but is in good condition. Blossoming almond trees, wild buttercups and remains of a flour mill enrich the stream’s banks, and rock-climbers on the opposite side of the mountain make for a good opportunity to realize how small we really are in face of God’s amazing creations.
While the original monastery was destroyed by the Persians in the seventh century, and several attempts were made by monks to resettle the area, at the end of the late 20th century the “White” Russian Church rebuilt the lavra, which includes many features from the original Byzantine design. Along the way, especially in the spring and in the summer months to come, swimming in the stream is highly recommended, and a very popular activity among the locals trying to escape the desert heat. In the immediate area surrounding the monastery, there are three major pools, the Spring Pool, the Fig Pool and the Pool of the Date Tree, each with its own unique character.     Before planning your visit, you may look at the map and think that you’ll just hop over to the Hasmonean pools at Ein Mabua, or even get a good look at the St. George Monastery from the eastern side of the stream. Advice: Don’t. There’s enough to see and do here for a full day. The site includes a daffodil trail, which are starting to blossom in full force, as well as the archaeological site of Tel Fara, an ancient Israelite settlement. For better or for worse, Prat must be visited several times to be fully enjoyed, and it’s no surprise why Chariton loved Prat Stream so much. This is a perfect spot for a family hike or a trip into the nature, following in the footsteps of other pilgrims in the Holy Land.  For groups who wish to enter Faran Monastery it is best to call in advance, 052-5399075. Individuals will not be permitted to enter. Modest clothing is required (no shorts or tank tops). Entrance cost: adult: NIS 29; child NIS 15. Hours: April-September 8 a.m.-5 p.m.; October-March 8 a.m- 4 p.m. For more information visit: old.parks.org.il.sign up to our newsletter