Today in History: The beginnings of Zionism

Without the Jewish people and Judaism, Jesus wouldn’t have existed. 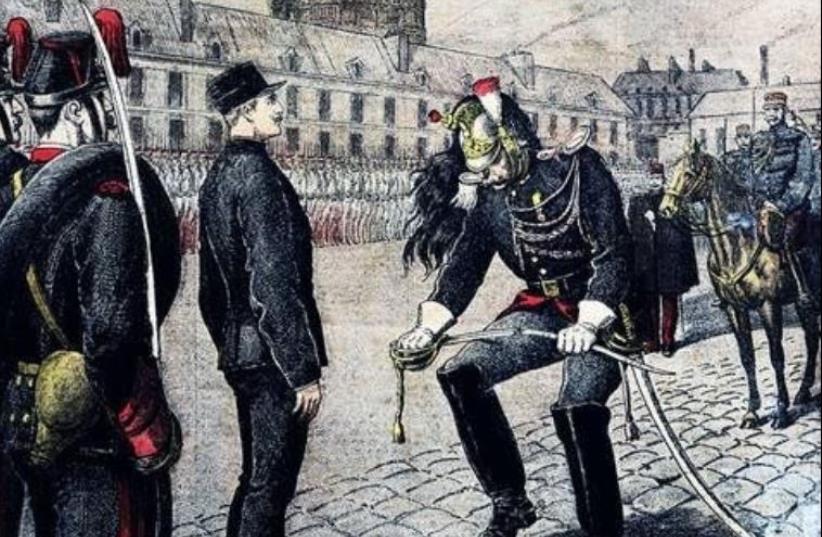 Picture by Henri Meyer on the cover of ‘Petit Journal’, January 13, 1895, captioned ‘The Traitor.’
(photo credit: Wikimedia Commons)
Advertisement
On December 19, 1894, Alfred Dreyfus, a French military officer of Jewish descent was put on trial for treason. Covering the trial for an Austrian paper, Theodor Herzl, who would become the founding father of Modern Zionism, became convinced of Dreyfus’s innocence, and that his conviction was simply an anti-Semitic act in "republican, modern, civilized France."The solution Herzl devised for the Chosen People’s problem was Zionism. His vision was of a liberated Jewish people living in their own land, “The Promised Land,” as told by God to the Biblical prophets, which was realized with the creation of the State of Israel in 1948. Dreyfus’s career in the army was over but modern Zionism was just getting started. Over the next eight years up until his death, Herzl took up the mission of his life to form the World Zionist Organization and to promote Jewish migration to Ottoman-ruled Israel in an effort to form a Jewish state. Herzl is known as Chozeh HaMedinah (“Visionary of the State”), and it all began with the Alfred Dreyfus trial, which officially ended on this date 121 years ago, January 5, 1895, when Dreyfus was dishonorably discharged.Without the Jewish people and Judaism, Jesus wouldn’t have existed.

To learn more about the Jewish roots of Jesus check us out at JPost.com, @christian_jpost, on Facebook.com/jpostchristianworld/ and see the best of the Holy Land in The Jerusalem Post - Christian Edition monthly magazine.sign up to our newsletter