The conference in question is WATEC Italy 2016: Water Technology and Environmental Control Exhibition and Conference, slated to take place from September 21-23 in Venice. 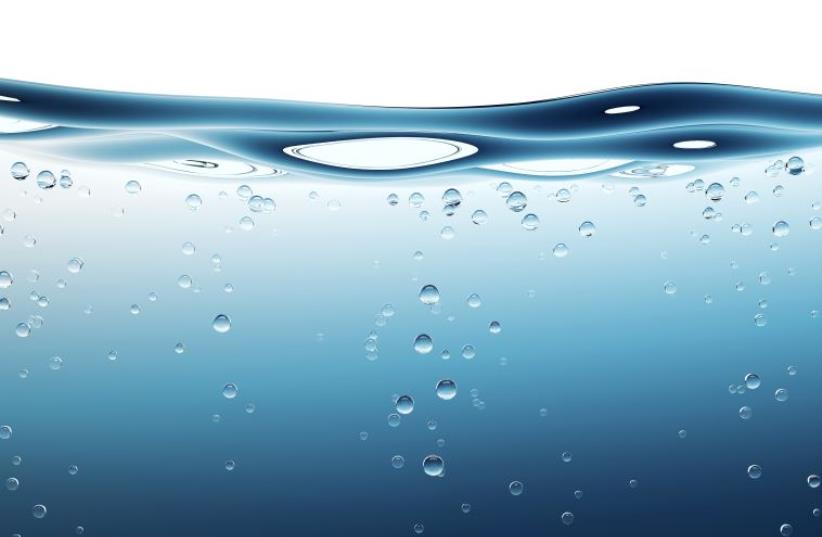 Water
(photo credit: INGIMAGE)
Advertisement
Roughly 40 European trade unions, environmental groups and human rights networks are demanding that the European Commission withdraw its support from an Israeli-run water conference slated to take place in Italy at the end of September.The conference in question is WATEC Italy 2016: Water Technology and Environmental Control Exhibition and Conference, scheduled to take place from September 21-23 in Venice. The convention is organized by the Or Yehuda-based group Kenes Exhibitions, the same company responsible for the biennial WATEC Israel exhibition, which typically draws some 10,000 visitors from 90 countries to Tel Aviv every other year, according to the firm.“We, the undersigned European trade unions, human rights and right to water organizations, are alarmed by the European Commission’s sponsorship of an event that includes the participation of companies involved in and facilitating violations of international law,” said the letter, sent to European Commission President Jean- Claude Juncker and Environment, Maritime Affairs and Fisheries Commissioner Karmenu Vella.“As documented by international organizations, UN agencies and EU institutions themselves, Israel exercises strict control over Palestinian water resources and denies access to the Palestinian population, which has led to ‘stark inequalities’ in access to water between Israelis, including settlers, and Palestinians,” the letter continued, citing a January 2016 European Parliament briefing.The letter, drafted by the “Campagna No Mekorot – Italy,” on behalf of the other organizations, comes after 14 Palestinian agricultural and environmental organizations contacted Italy’s Coldiretti agricultural network, urging their Italian counterparts to withdraw their sponsorship from the conference, a spokesman for the campaign said.The wide array of European organizations among the letter’s signatories hail from Austria, Belgium France, Germany, Ireland, Italy, Luxembourg, the Netherlands, Norway, Portugal, Scotland and Slovenia – also joined by two groups from South Africa and Indonesia.While Israel’s Mekorot national water corporation is typically a main collaborator in Tel Aviv’s WATEC convention, the company is not a sponsor of WATEC Italy. The collaborators specifically listed on WATEC Italy’s website include the World Bank, the New York City Environmental Protection Department, the European Union, the Italian Environment Ministry, the Italian Trade Agency, the Italian Export Credit Agency, the National Association for Drainage, the National Federation for Agriculture and “many Israeli organizations both public and private.”“The European Commission’s patronage of WATEC comes at a time when Israel is cutting off water to Palestinian communities, leaving tens of thousands without access to water during the hottest time of the year,” the letter said.As far as this specific accusation is concerned, the letter cited a June 2016 press release on the issue from EWASH, a self-described “coalition of Palestinian and international organizations working on water and sanitation in Palestine.”While Palestinians continually blame Israel for failing to enable sufficient and affordable water, Israelis authorities consistently stress the fact that Israel provides above and beyond the water supplies required by the 1995 Oslo II Accords.This summer specifically, however, the entire West Bank – including both the settler and Palestinian populations – suffered water deficiencies across the board.Aiming to reduce the shortages, which were estimated to be 10,000 cubic meters in settlements alone, Mekorot drilled a new well in mid-August that provided 4,500 cubic meters more.Concurrently, National Infrastructure, Energy and Water Minister Yuval Steinitz said that in addition to ongoing improvements being made for settlements, he had made a request to expand the existing program to take into account Palestinian needs.The costs of including the Palestinians, as well as the issue of where the finances for such an expansion would be derived, were under review, a statement from his office said at the time.Not only did the letter against WATEC Italy vehemently attack Israeli water policy, the writers singled out several specific Israeli companies that they claimed are participating in the event – criticizing them for supplying water to Israeli settlements.“By granting patronage to events sponsored by and involving companies and institutions operating in Israeli settlements, the European Commission is at odds with the European Union’s own official position on settlements,” the letter said.“Even worse, it legitimates and encourages illegal activities that trample fundamental rights such as access to water, thereby reinforcing Israel’s impunity.”“Through its patronage for WATEC, the commission is also giving credibility to the myth of the Israeli water miracle, which was built on the appropriation of Palestinian water resources and the denial of a fundamental right, misleading participating European companies and public opinion,” the letter added.Kenes Exhibitions, the organizers of WATEC Italy, had no response about the issue.