Dershowitz, who as billionaire Jeffrey Epstein’s lawyer, was named as one of several men who also had sex with the women procured by Epstein. 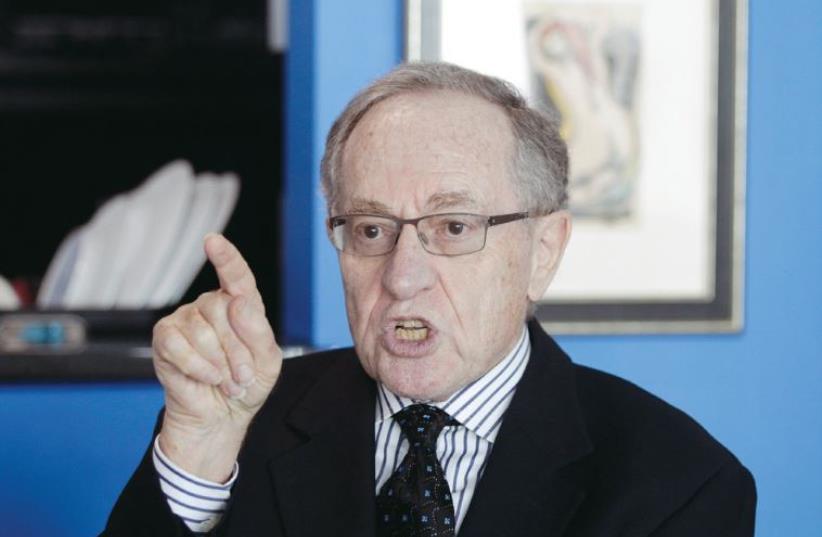 Alan Dershowitz
(photo credit: REUTERS)
Advertisement
Lawyers who named Alan Dershowitz in a filing naming men alleged to have had sex with underage girls now say it was a mistake to do so.The joint statement Friday by Dershowitz, Bradley Edwards and Paul Cassell say the sides have dropped dueling lawsuits arising out of the case.“Edwards and Cassell acknowledge that it was a mistake to have filed sexual misconduct accusations against Dershowitz; and the sexual misconduct accusations made in all public filings (including all exhibits) are hereby withdrawn,” said the statement, released by Jeffrey Streitfeld, who was appointed by a Florida court to mediate the case.The claim arose in a 2014 filing by Edwards and Cassell that questioned the validity of 2008 deal that allowed Jeffrey Epstein, a billionaire, to serve about a year in prison under favorable conditions for soliciting a minor for prostitution.Dershowitz, who as Epstein’s lawyer helped negotiate the 2008 deal, was named as one of several men, including Britain’s Prince Andrew, who also had sex with the women procured by Epstein. Dershowitz, a famed constitutional lawyer, retired Harvard law professor and a prominent Israel defender, denied the claim, as did Andrew.Dershowitz said Edwards and Cassell had not performed due diligence in filing the claim and said they should be disbarred. They sued him for defamation and Dershowitz countersued.Dershowitz was able to produce records showing he could not have been present when the claimed sex took place.“Edwards and Cassell maintain that they filed their client’s allegations in good faith and performed the necessary due diligence to do so, and have produced documents detailing those efforts,” the statement said. “Dershowitz completely denies any such misconduct, while not disputing” his accuser’s “statements that the underlying alleged misconduct may have occurred with someone else.”Dershowitz in a separate statement said he was “pleased” that the litigation was over and that he was “gratified” by the statement.The New York Daily News reported that Dershowitz also released a statement from former FBI director Louis Freeh who separately investigated the allegations, and who said the “totality of the evidence” refutes the claims.The News also quoted separate lawyers for the accuser as saying that she stands by her allegations.